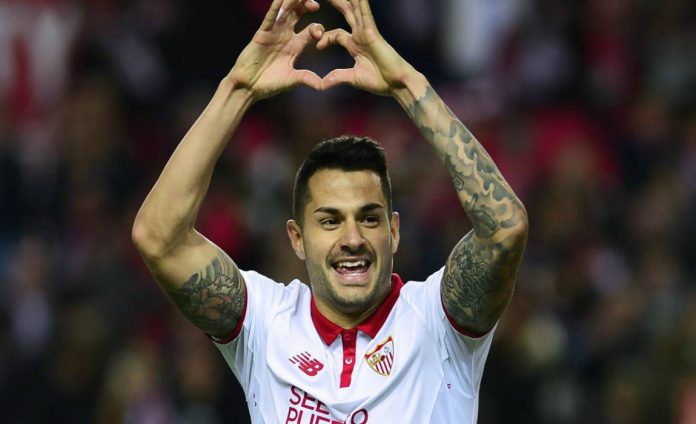 Atletico Madrid are close to sealing their first signing of the summer and getting around the FIFA transfer ban which will stop them registering new players until the start of 2018, the sporting director of fellow Liga Santander side Las Palmas revealed on Tuesday.

They will then loan him to Las Palmas until the start of 2018 when Atletico will be able to include him in their squad for the second half of the season.

“The club president has reached an agreement so that when Vitolo signs for Atletico he will be with Las Palmas until January,” confirmed Cruz, who said it would be a “fairytale” for the club to be able to count on the player, who was born on Gran Canaria and began his career at his local club before joining Sevilla.

Meanwhile Sevilla have sold attacking midfielder Vicente Iborra to English side Leicester City for a fee believed to be in the region of 14 million euros.