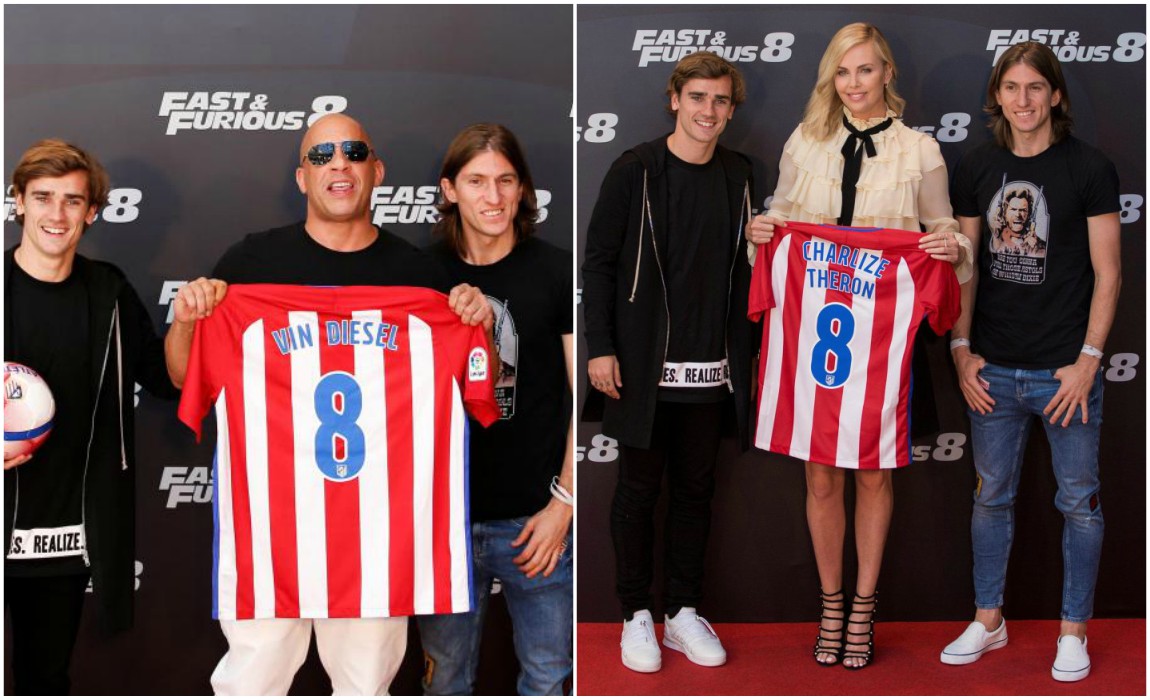 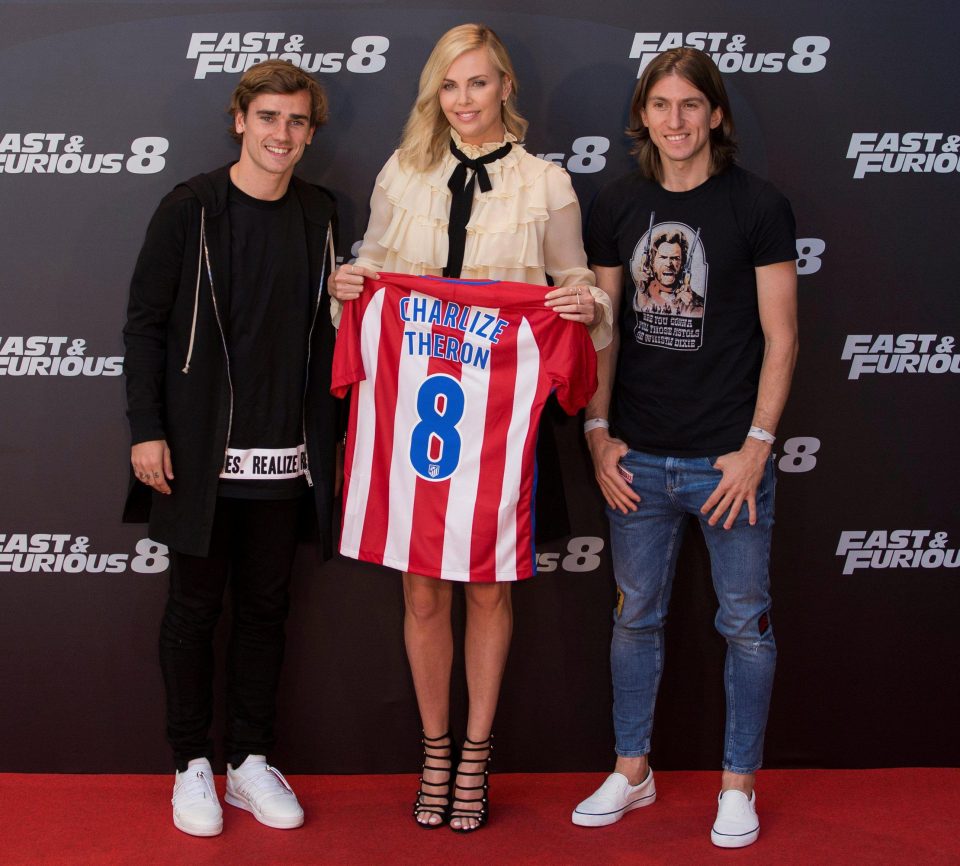 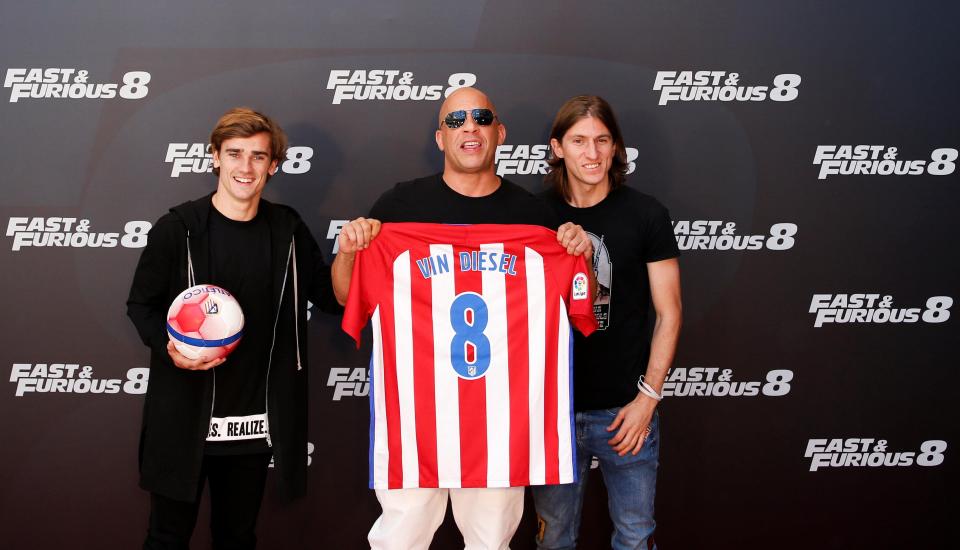 Vin and Griezmann were in Spain as part of the promotional tour for the eagerly-anticipated eighth installment of the Fast & Furious franchise. 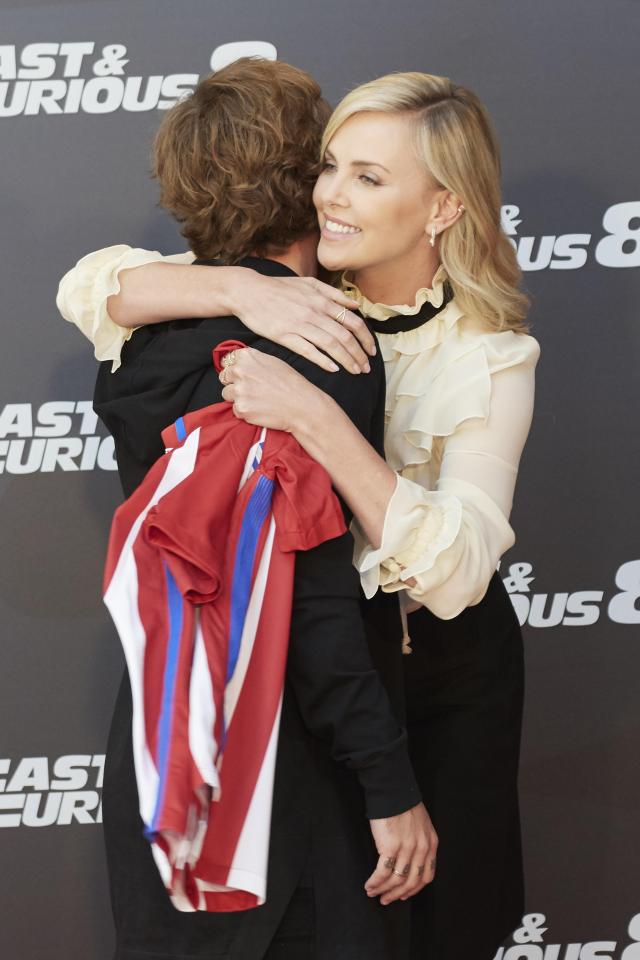 The footballers presented the Hollywood icons with an Atleti jersey.

Luis said: “I am excited to see the actors. I watch many films and series and to see them up close is exciting.” 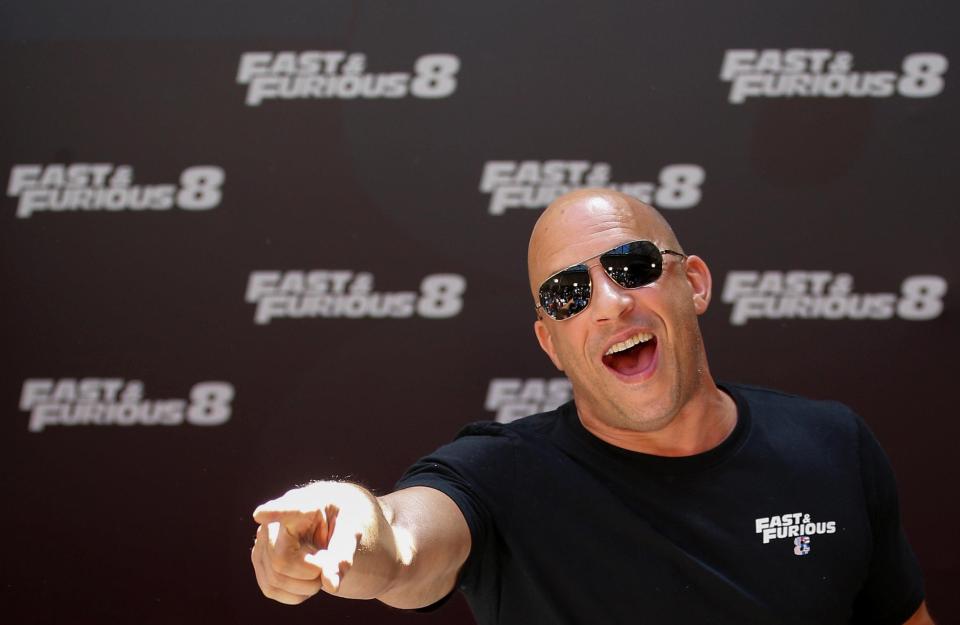 Charlize Theron thanked Antoine Griezmann  and Filipe Luis for the jersey with a hug. 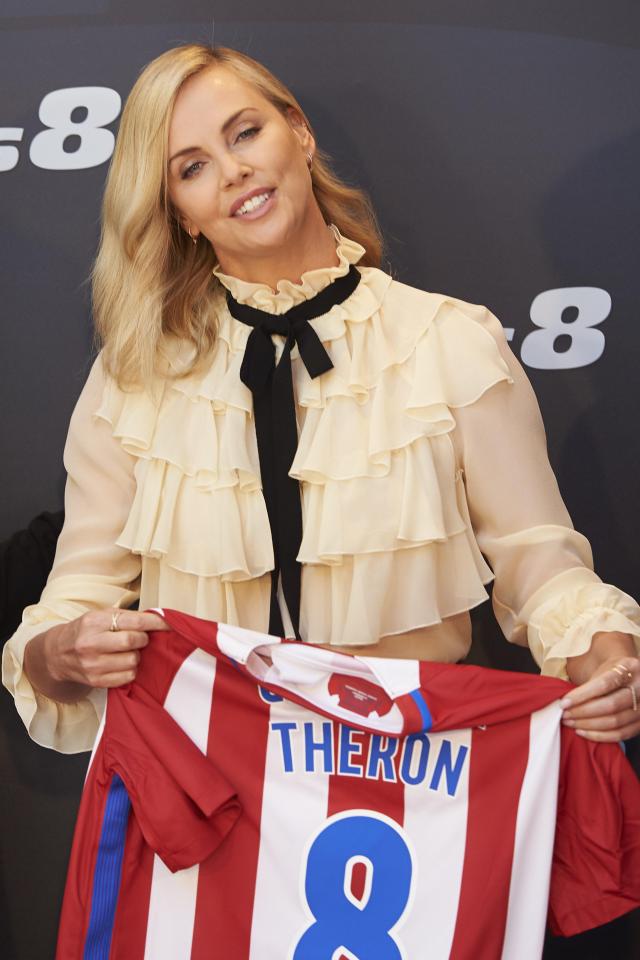 Griezmann tried to get Diesel involved with the ball. He chose to fake a giant boot into the crowd, showing off an exceptional dummy, all while holding his Vin Diesel No. 8 jersey.

It is said that, Theron was forced to rush back to the US , the reason is unknown yet and this has cut short her commitments in Spain.

Post tags:
Antoine GriezmannAtletico MadridSerie ASpain
previous post
Kylian Mbappe Has A Long Way To Go Before He Can Be Called World-Class
next post
Wenger Claims It Would Be An ‘Own Goal’ To Make Any Immediate Announcement On His Arsenal Future