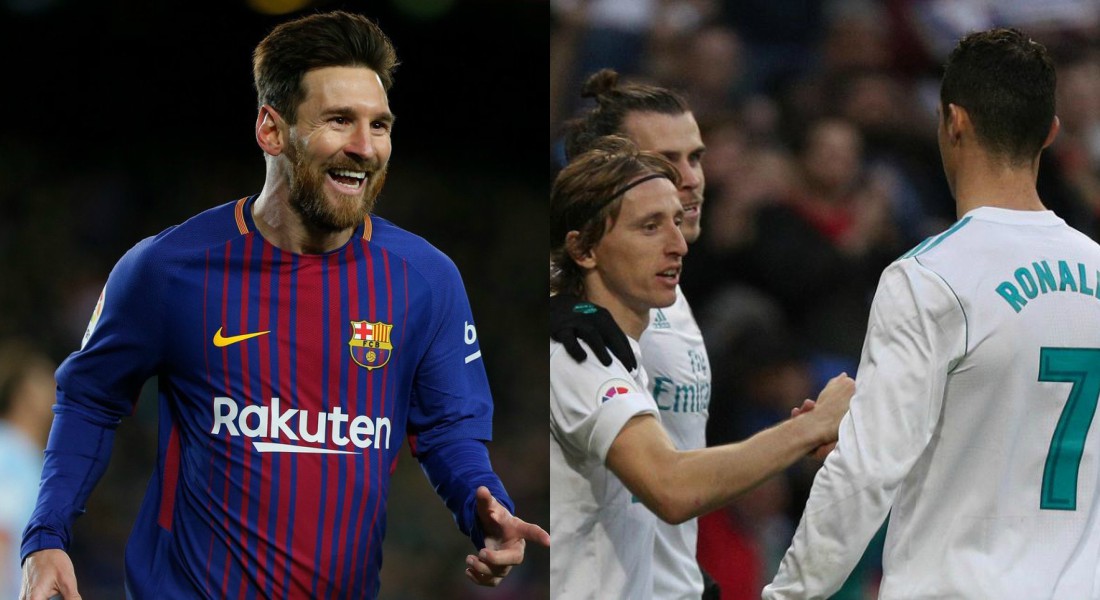 FC Barcelona opened up an 11 point lead at the top of Liga Santander as the season moves into its second half. 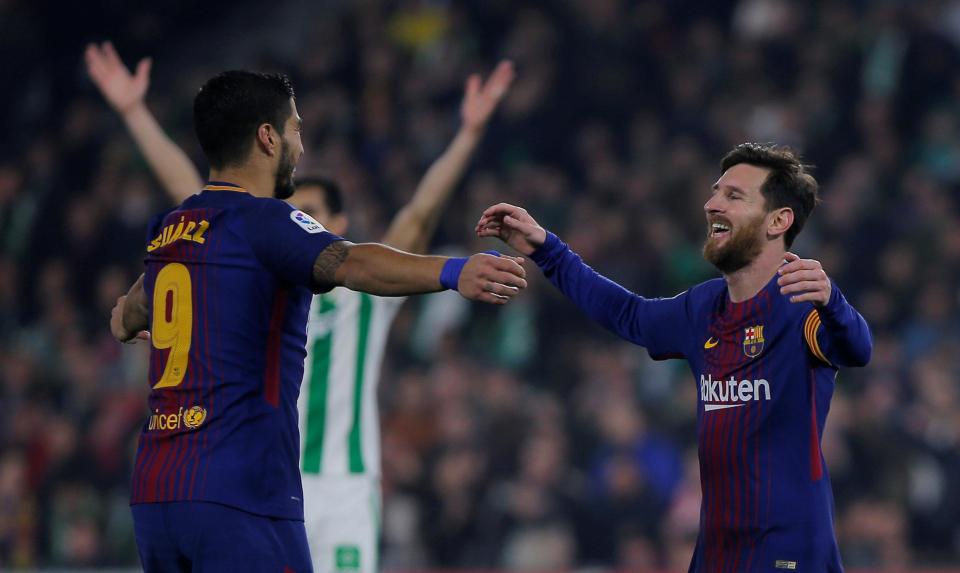 The Catalan side bounced back from their first defeat in 30 games in midweek, with a stunning second half performance away to Real Betis. Lionel Messi and Luis Suarez both scored a brace and Ivan Rakitic also added his name to the score sheet as Barcelona romped to a 5-0 win.

Messi produced another stunning display to ensure that any rumors of a crisis in Barcelona are silenced. 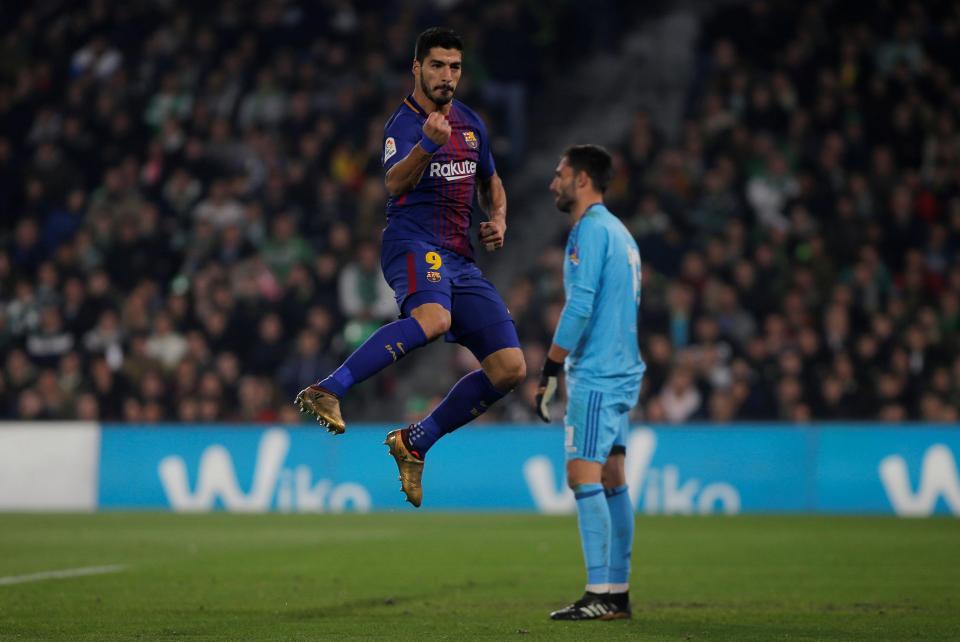 Real Madrid returned to winning ways with a 7-1 demolition of Deportivo La Coruna. Deportivo opened the scoring through Adrian Gonzalez, but soon folded under a Madrid onslaught led by Gareth Bale.

Madrid, who lost their last two home games, would not have been pleased to be one goal behind early in the contest. However, Madrid fans would soon breathe easy, after Nacho equalized in the first half and Bale put Madrid ahead after the break. 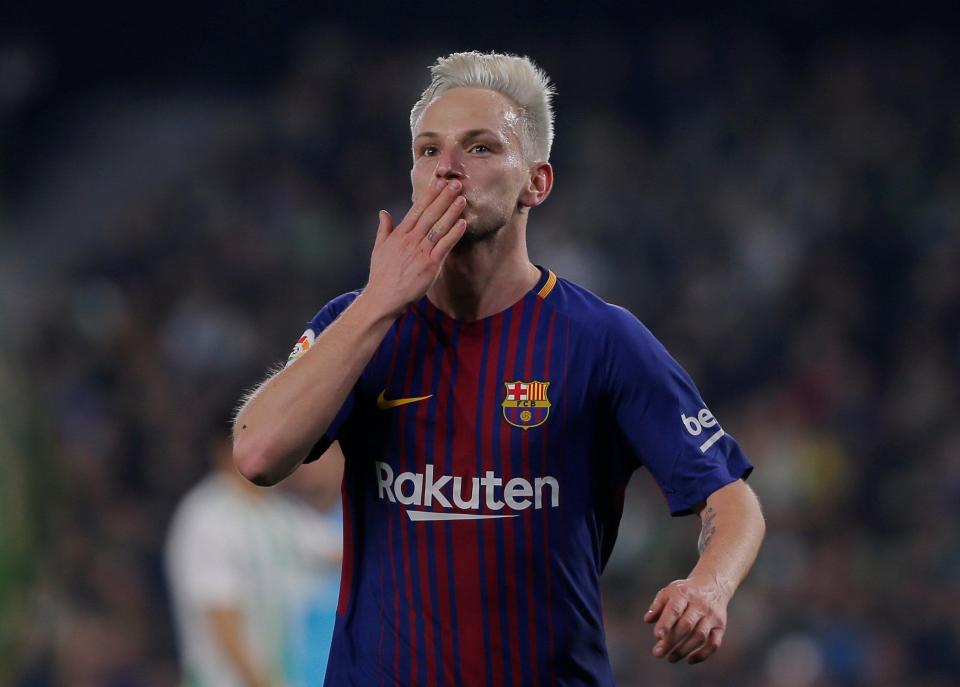 Rakitic celebrates after breaking the deadlock

Deportivo have the second worst defensive record in La Liga and fell apart after the break as Bale and Nacho scored again. Luka Modric added another and Cristiano Ronaldo contributed two late goals to put a spring back into Madrid’ s step. 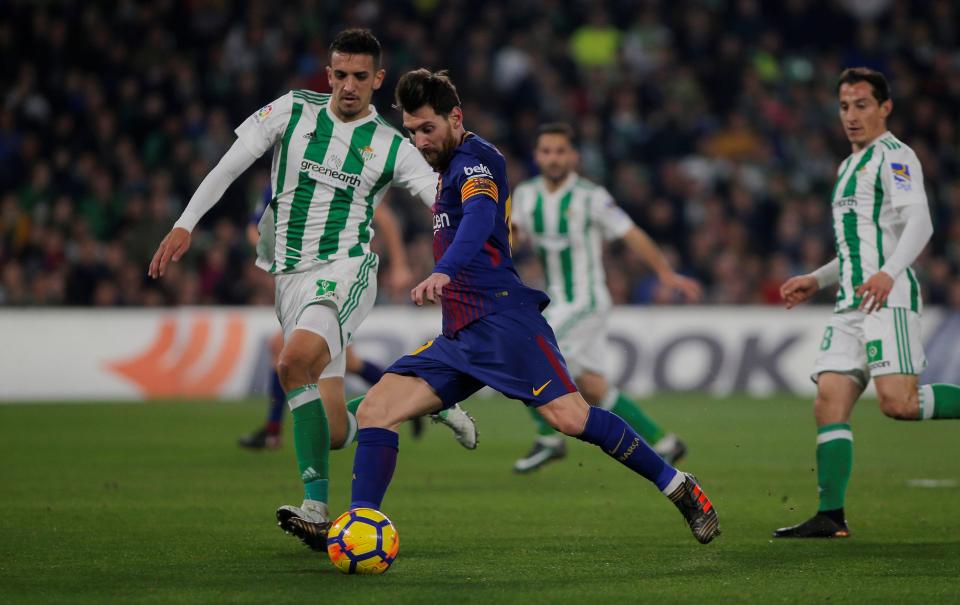 Sunday also saw Alaves surrender a 2-0 lead at home to draw 2-2 with Leganes, while Real Sociedad’s crisis deepened after a 2-1 defeat at home to Celta Vigo. Celta Vigo fought back after a going a goal down to take control of the match thanks to an Iago Aspas penalty and a Maxi Gomez goal.  Willian Jose missed a penalty that would have put his side in back in front, two minutes after Aspas equalized with a spot kick.

Antoine Griezmann opened the scoring for Atletico following an assist from Diego Costa, but Girona refused to accept defeat and their brave display was rewarded when Portu snatched an equalizer with 16 minutes left on the clock to secure a 1-1 draw away from home.

Valencia suffered a shock 2-1 defeat away to bottom of the table Las Palmas, in a game that ended with just nine Valencia players on the pitch.

Santi Mina put Valencia ahead after just five minutes, but Jonathan Viera equalized 15 minutes later and the game swung Las Palmas’ way seven minutes after the break, when they were given a penalty and Valencia defender Gabriel Paulista was sent off for protesting.

Ruben Vezo saw a second yellow in the closing minutes of the game, leaving Valencia with just nine men on the field. 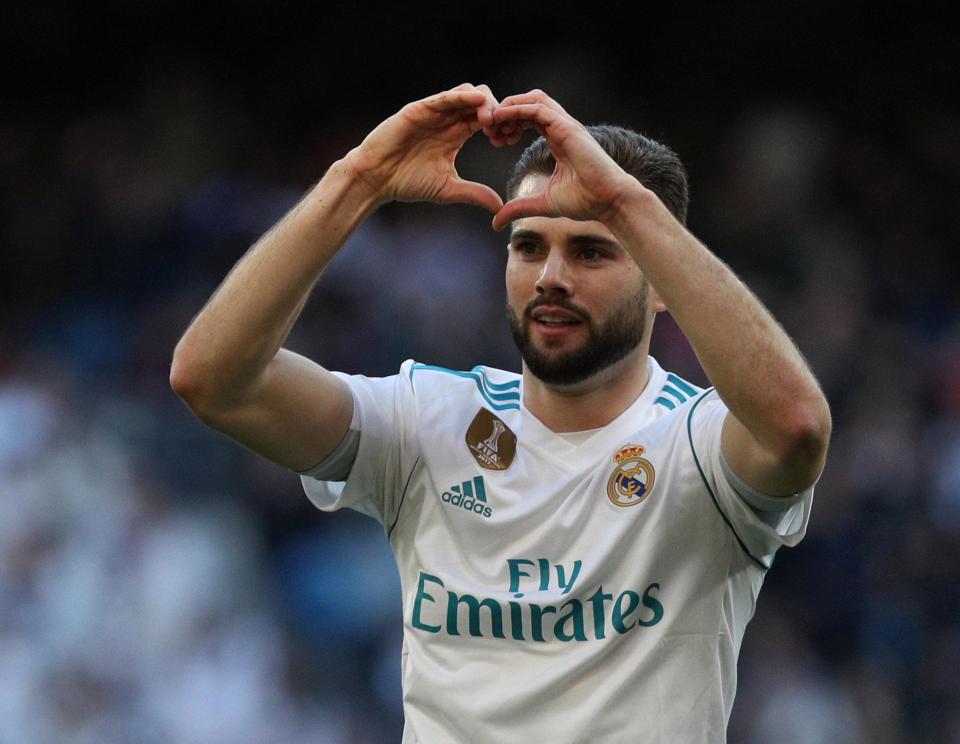 Nacho celebrates after scoring the equaliser in the 32 minutes

Villarreal temporarily moved into fourth place on the league table after an easy 2-1 home win against Levante. 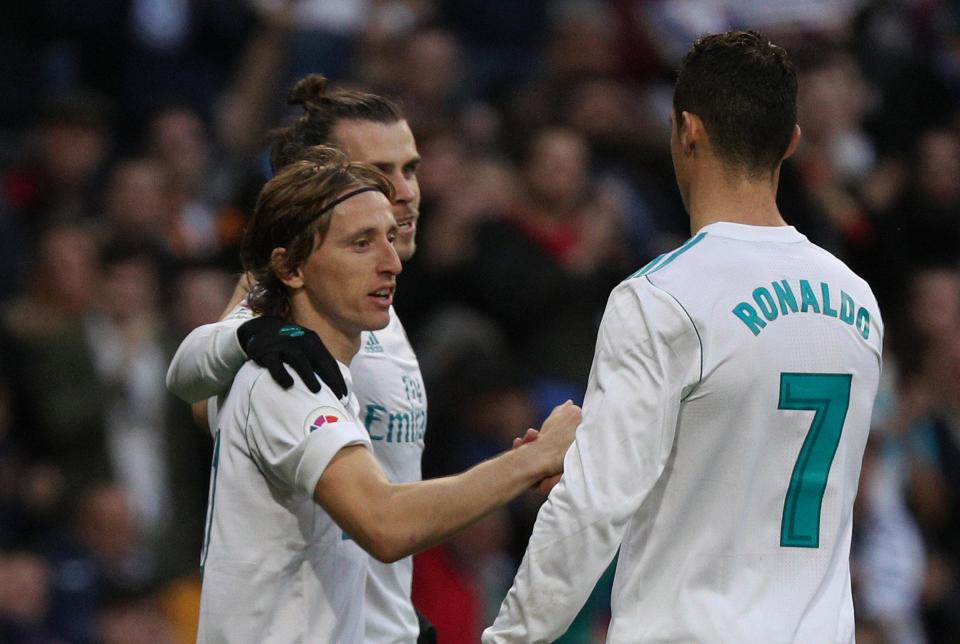 Manu Trigueros opened the scoring from the penalty spot in the first half and Denis Cheryshev doubled Villarreal’s lead five minutes after the break.  Roger Marti, who returned after six months out with a knee injury, sored Levante’s only goal with a last second penalty.

Fran Vazquez opened the scoring with a tap-in after 15 minutes as Sevilla won 3-0 away to Espanyol.  Pablo Sarabia doubled the lead in the 34th minute and Luis Muriel sealed the win in the last minute of the game.