Barcelona Must Get Rid Of Bartomeu To Keep Messi Happy 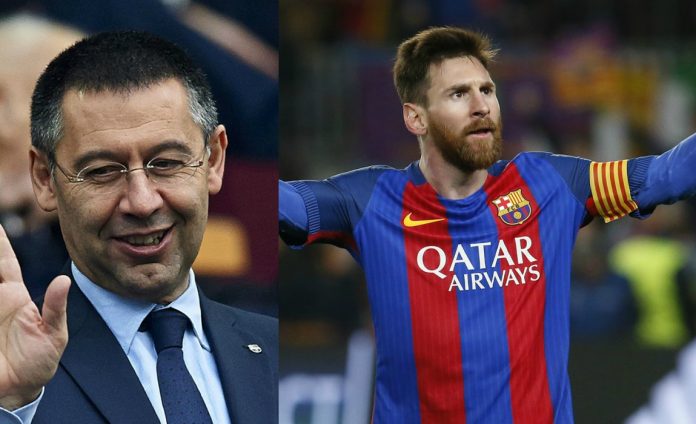 Former Barcelona president Joan Laporta has claimed that the club must get rid of Josep Maria Bartomeu in order to keep Lionel Messi happy.

Messi has yet to commit to a new contract, with his current deal set to expire at the end of June next year, and there remains much uncertainty regarding the direction Barcelona are heading in, especially following the sale of Neymar to Paris Saint-Germain.

Laporta, who served as Barcelona president between 2003 and 2010, believes that the club have no choice but to dismiss Bartomeu, the current holder of the position.

Laporta tweeted: “If we want #Messi to continue to be happy at Barça we have to get rid of Bartomeu immediately”.

Barcelona are determined to strengthen their squad before the closure of the transfer window, with the club continuing to work on potential deals for Borussia Dortmund winger Ousmane Dembele and Liverpool midfielder Philippe Coutinho, while they have also been strongly linked with Nice midfielder Jean Michael Seri.

With Luis Suarez out injured, Barcelona are likely to be heavily reliant upon Messi for attacking inspiration tonight when they get their La Liga campaign underway with a home game against Real Betis.