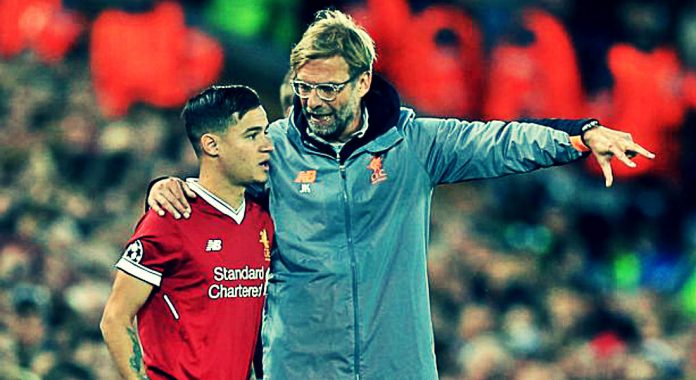 La Liga giants Barcelona will not come back with a fresh offer to rope in Livrpool superstar Philippe Coutinho in January, according to Marca.

The report states that Barcelona will not reignite their interest in Coutinho in four months’ time because Coutinho will not be able to play for them in the Champions League, having already featured in Liverpoo’s 2-2 draw with Sevilla on Wednesday.

Marca claim that the Spanish giants will instead turn their attention to Nice midfielder Jean Michael Seri as they are desperate to bolster their midfield options – with Andres Iniesta entering the final twelve months of his current contract with the Catalan giants. The Spaniard is yet to sign a new deal and at such a juncture, the Barca chiefs have identified Seri as a potential long-term replacement for the 33-year-old.

Barcelona have already roped in Dembele from Dortmund to fill in the void following Neymar’s world-record move to Paris Saint-Germain.

Reds Boss Jurgen Klopp has now made it clear that there are no problems with Coutinho and the fans cheered on as the Brazilian came off the bench to make his first appearance for Liverpool this season in their 2-2 draw with Sevilla on Wednesday.