‘You Should Be Playing!’ – Man United Fans Still In Love With The Iconic German 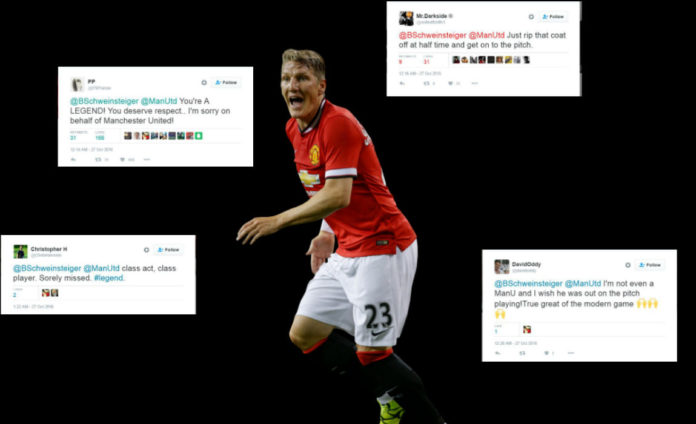 Bastian Schweinsteiger wore a suit instead of the team kit as he sat in the stands to watch Manchester United take on rivals Manchester City. 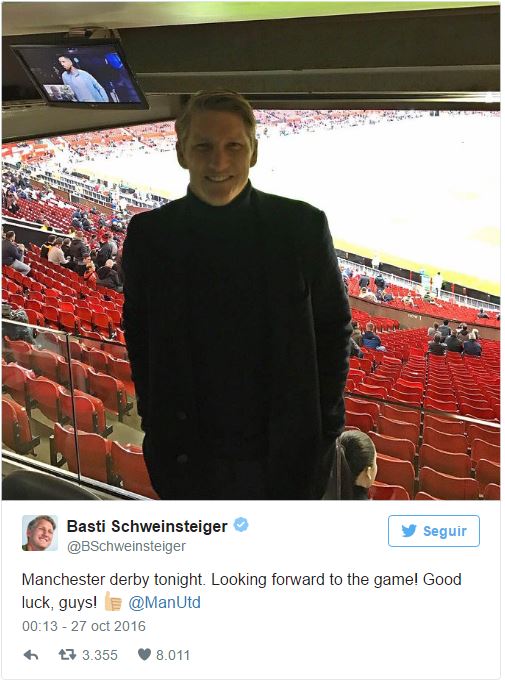 And Twitter instantly exploded with emotional messages coming from across the globe, tweets ranging from apologies for the way he is being treated at the club to asking him to just change and get on the pitch. 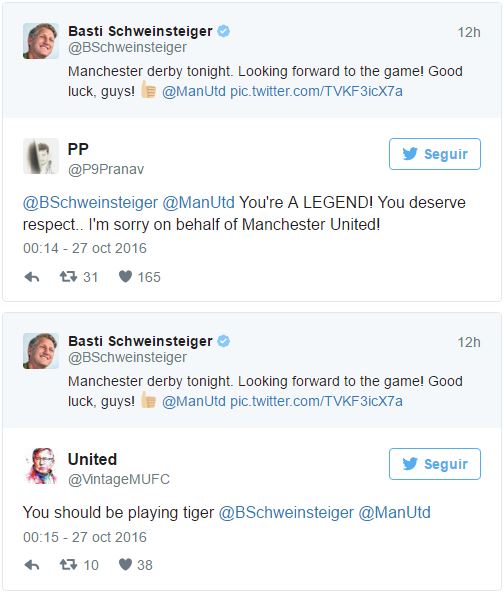 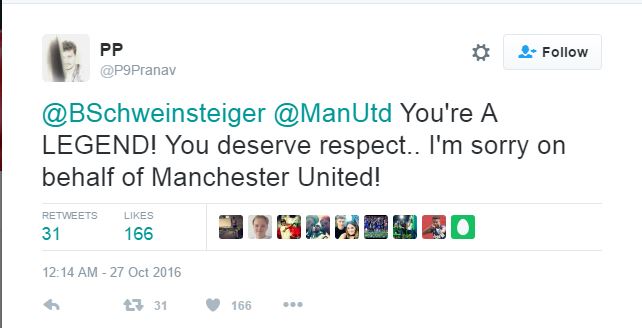 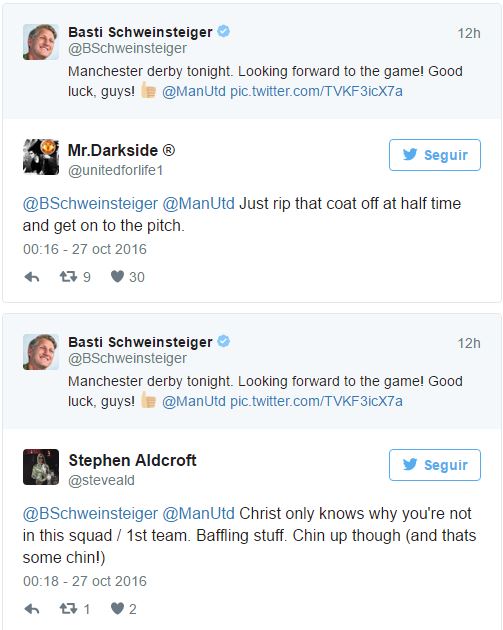 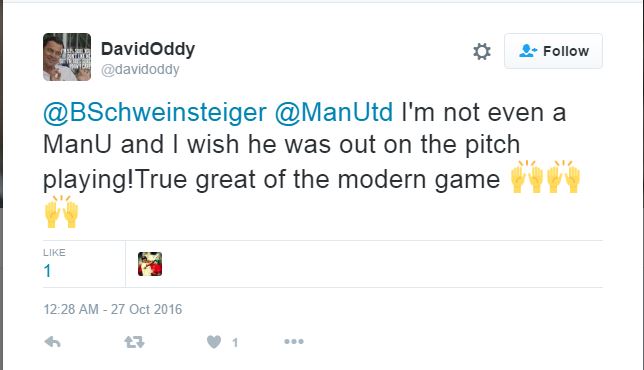 Well, we hope to see Basti out on the pitch wearing the famous Red jersey, playing for his boyhood favorite club.