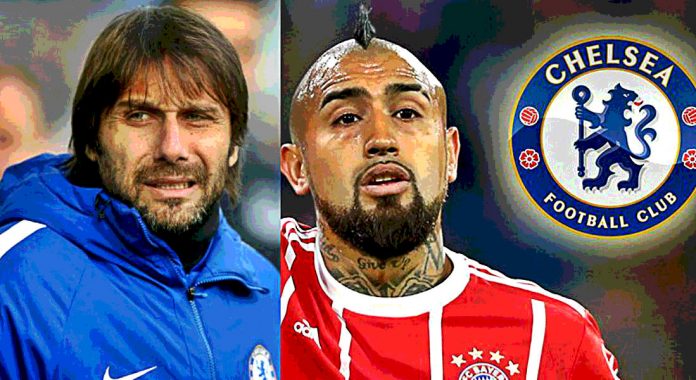 Chelsea boss Antonio Conte said he would “go to war” with Arturo Vidal after being linked with a fresh move for the Bayern Munich midfielder.

The Blues want to sign a new midfielder in January and Vidal has emerged as a potential target.

According to reports, Bundesliga giants Bayern Munich are willing to sell the Chilean in the New Year.

Vidal played under Conte during their time together at Serie A side Juventus.

The Chilean made a switch to Bayern a year after Conte took charge of the Italy national team in 2014. 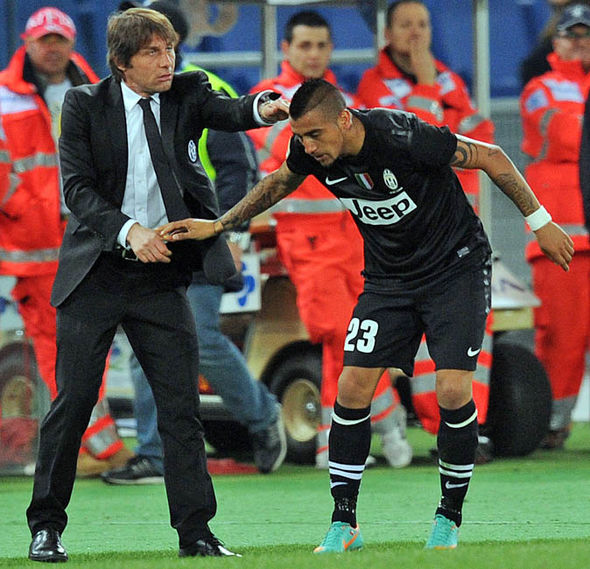 Conte initially dodged questions about Chelsea’s reported interest in the Chilean midfielder after their 2-0 win over Brighton on Tuesday.

But ultimately he changed his stance and shared his opinion on Chelsea’s reported interest in Vidal.

“I don’t speak about players from other teams’ card,” he insisted.

“I must be honest, it’s not right to talk about a player of another team. Especially if you try to link this player with us.

“But Arturo is a fantastic player, I have a great respect for Arturo, and we spent many years in Juventus together.

The Blues offloaded Nemanja Matic to Manchester United during the summer transfer window and roped in Tiemoue Bakayoko as a replacement.

But the French star has made a mixed start to his debut campaign in the Premier League.

Reports claim that Chelsea are keen on adding more reinforcements in their midfield as Conte wants to add more creativity to his squad, but they are also looking to offload some of their stars – with Michy Batshuayi’s future at Stamford Bridge in doubt.

Vidal has made 23 appearances for Bayern this season – out of which he has started in 17 games.

He is playing an anchoring role under new boss Jupp Heynckes – and has five goals to his name so far this season.