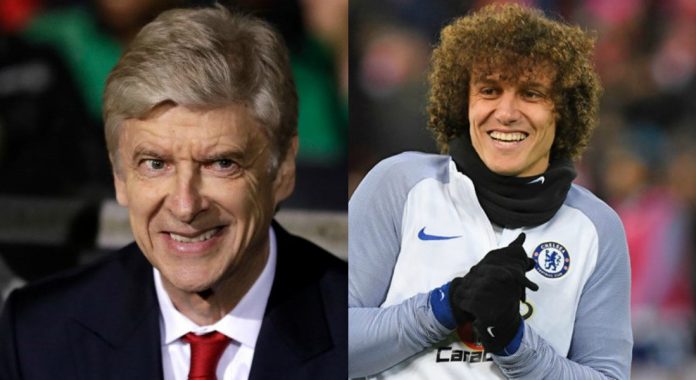 Wenger is desperate to bolster his defence and is eyeing to launch a sensational a £30m bid for the out-of-favour Chelsea star in the January transfer window.

Since then the Brazilian has made just one appearance – in their Champions League win over Qarabag.

However, Blues boss Antonio Conte has insisted that the Brazilian’s absence is only due to a knee injury.

But the Italian boss has already set an example with his axing of Spanish striker Diego Costa – who moved to his former club Atletico Madrid in the summer after being dumped via text by his manager – that there is no place for players who raise doubts over his tactics and philosophy.

Luiz has been heavily linked with moves to Real Madrid and Barcelona after falling out with Chelsea boss Antonio Conte in November and now it is being said that Arsenal, Manchester United and Bayern Munich are also monitoring the availability of the Brazilian defender.

According to Daily Star, Chelsea are willing to listen to offers in the region of £30m they splurged to bring back Luiz from PSG in August 2016.

However, it is being said that wages could be a stumbling block for Wenger – with Luiz taking home around £6m a year at Stamford Bridge.

But it is being said that Wenger is desperate to strengthen his back-line in order to seal a top-four finish in the Premier League this season.