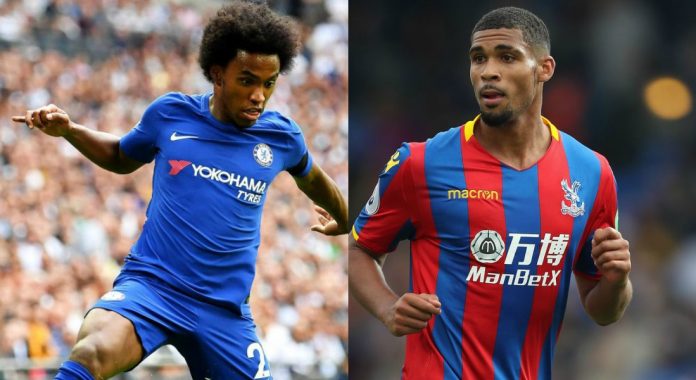 Willian has urged Chelsea bosses to recall Ruben Loftus-Cheek from Crystal Palace and give the England youngster a chance at Stamford Bridge.

The 21-year old Three Lions midfielder earned huge accolades for his impressive display on his debut against Germany, but the youngster picked up an injury during Tuesday’s friendly clash with Brazil.

Football Pundits have often raised questions as to why Loftus-Cheek was not given ample first-team action to prove his mettle at Chelsea.

Willian also raised the same point, saying: “I don’t know why he is at Palace now. He has to come back!

“He is a very good player. He is strong, has quality. He has a great future.”

While speaking on why Brazil failed to break the deadlock against the Three Lions, Willian said: “We have had many difficult games and this was one.

“They stayed behind the line of the ball. We tried shifting it to the other side, but we did not create much. It was difficult for us to find spaces.”

Willian’s call to bring back Loftus-Cheek at Stamford Bridge, comes less than a day after he vented out his frustration at lack of regular football at Chelsea.

“I think in the last two or three years I’ve had to be patient,” he said.

“It was tough, mentally, at Chelsea not getting the game time, but I had to be really patient and have the mentality to still train right and do all the right things.

“A lack of games held me back, definitely. When I had a chance, and when you don’t play, you really feel the difference of what matches give you; the match sharpness, the fitness, the strength.

“It’s what you need to progress, so it was hard not playing when I was trying to be the best player on the pitch.

“I’ve had no contact (with Conte). I’m focused at Palace for the season.”