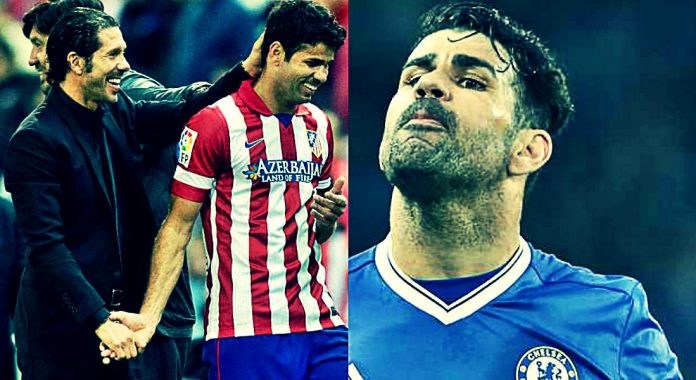 The English champions have made it clear contract rebel Costa will not be sold back to ex-club Atletico until he returns to training.

Blues’ club ambassador Paulo Ferreira said: “It’s difficult to ask about Costa — the most important thing is Chelsea being in the Champions League.

“A club like Chelsea has the aim of trying to win. Chelsea are a top club and anything is possible.”

Although Atletico’s transfer ban means striker Costa could not play for them until January 2018, the two clubs have failed to reach an agreement.

Boss Antonio Conte and his side, returning to the Champions League after a year out of the competition, will play in Madrid on Wednesday, September 27.

The Stamford Bridge return will be on Tuesday, December 5. They will also face Roma, along with a 6,000-mile round trip to play Qarabag in Azerbaijan.

Tottenham will prepare for a reunion with Gareth Bale and Luka Modric after they were drawn with holders Real Madrid in Group H.

Striker Harry Kane, in the stands when they met Real in the 2011 quarter-finals, said: “It’s a great draw. You expect to play the best in the Champions League and Real Madrid are the best at the moment.

“I’m sure Wembley will be packed and this is a good test to see how far we have come.”

Ex-Spurs star Peter Crouch, sent off after 15 minutes in the first leg in the Bernabeu, tweeted: “If they don’t have an idiot sent off early, Spurs have a great chance.”

Manchester United will fancy their chances in Group A against Benfica, Basel and CSKA.