GET THE MAN A BODYGUARD! 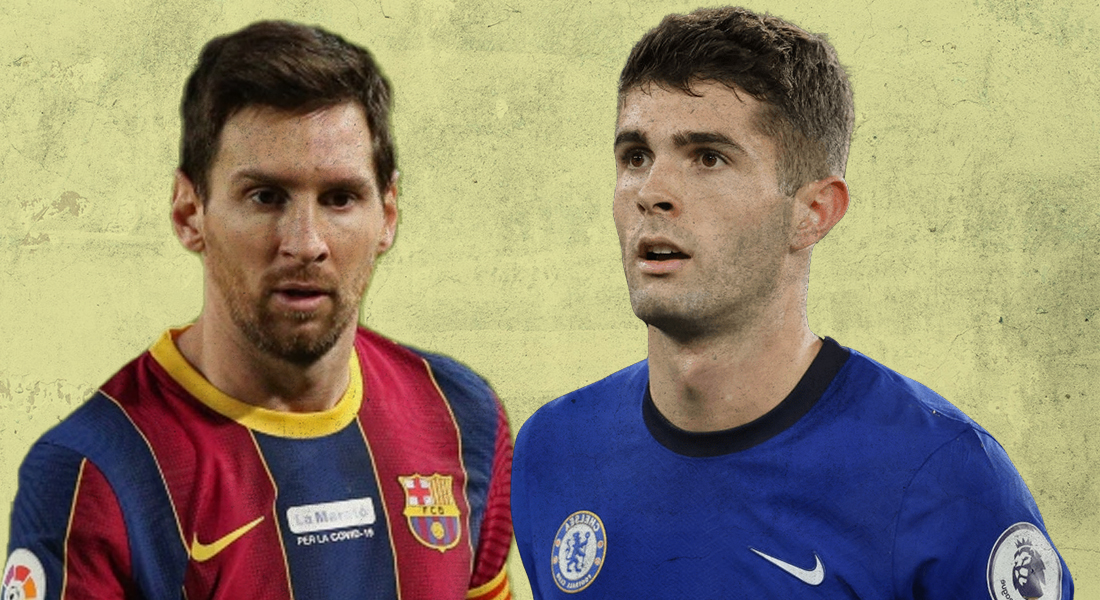 Christian Pulisic has slowly crept back into the starting eleven for Chelsea. His brilliant performance in the Champions League second leg against Porto will further strengthen his position in the line-up. Chelsea, although lost to Porto on the night, are through to the semis on aggregate. A lone goal by Mehdi Taremi wasn’t enough to push Chelsea out of the tie.

The young American midfielder reminded the Blues of their adored Eden Hazard. Always looking for the ball, drawing opposition players and trying to dribble his way out of tight spaces. The 22-year-old was a treat to watch and it would be an understatement to say he was a handful for the Portuguese Club.

Christian Pulisic was fouled 11 times against FC Porto. The most in the #UCL since Lionel Messi vs. Real Madrid in 2011.

“It has not been an easy season,” Pulisic said to Chelsea’s official website in the build-up to the Porto match. “There has been a lot of coming in and coming out and injuries, but I’m feeling healthy and strong right now.”

Pulisic was keen on receiving the ball whenever he could and would often try to take on the opposition players in the final third. His nimble dribbling and ball control frustrated the Porto players who were drawn to foul the player eleven times throughout the match. Only Lionel Messi has been fouled as many times in the UCL since 2011, in an intense El Clasico, in the Champions League semi-finals.

Pulisic’s hunger and desire for the ball earned him praise and his efforts on goal were commendable. He was a real menace! Pulisic was the only player to register a shot on target for the Blues, in the dying minutes of the game. Chelsea was keen on keeping the Portuguese team at bay, protecting the lead they had earned in Portugal. A good defensive performance by Thomas Tuchel’s men will see them take on either Real Madrid or Liverpool next in the hunt for Europe’s top club silverware.

Messi, the little Magician, will end up in the history books as one of, if not the best dribblers of the game of all time. His performances have consistently raised eyebrows, breaking records season after season. To be compared to the GOAT, at least from a statistical point of view is an achievement in itself.

Pulisic was hard to track down, his speed and ability on the ball made it difficult for the oppositions organized defence. He had to be slowed down, even if it meant hassling the midfielder to the ground whenever he had the ball. Tallying 65 touches and 29 passes, Pulisic was constantly bossing the midfield. N’Golo Kante and Jorginho behind him looked to feed the ball to their American counterpart whenever they got the chance. The only way the Porto players would pinch the ball from Pulisic is if they were to bully him off it and so they did.

Shaken and stirred after the first few tackles by the opposition, Pulisic kept going, showing a strength of character as well. The presence of high valued talents in front of him, namely Havertz and Mount, could see the youngster play more often for the English side. Although not at the level of the Belgian winger that ruled the club in his time there and let’s be honest, nowhere near Messi’s level, the 22-year-old could improve given the time and opportunity.

How many times has Christian Pulisic been fouled tonight by Porto?!? My goodness. He is well and truly getting the Eden Hazard treatment. Being battered all over the place and just keeps on wanting the ball and causing Porto problems. Relentless. #CFC #Porto #UCL #CHEPOR #USMNT

It isn’t often that Football Pundits praise players who go to the ground, especially in an era of Neymar antiques, and so the praise that has come Pulisic’s way will be a sign of encouragement for both the player and the club. A sign of a promising future!