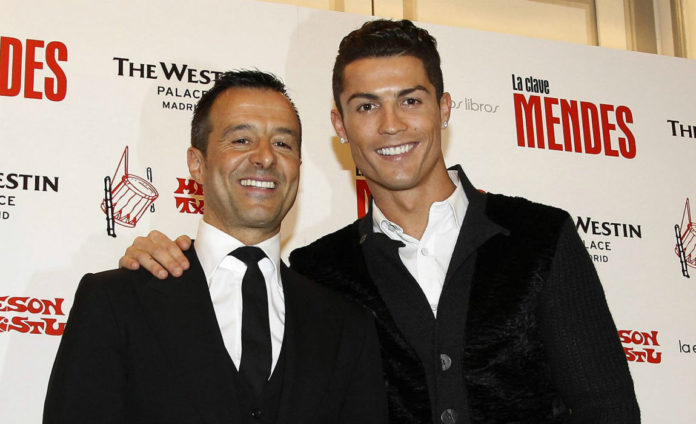 Jorge Mendes, agent of Cristiano Ronaldo and other major football stars, has been called to testify as part of the investigation into the alleged tax fraud of 14.7 million euros by the Portuguese international, it was confirmed on Monday.

Mendes has been included in the case along with fellow Luis Correira, who is responsible for looking after Ronaldo’s image rights and Carlos Osoria, who is the lawyer for Mendes’ agency ‘Gestifute’ and has been cited to give evidence on October 19th.

The so-called ‘super-agent’ has always denied knowing anything about Ronaldo’s alleged tax fraud, insisting he and his company only dealt with negotiating transfer deals.

However, many other of Mendes’ high-profile clients, such as Radamel Falcao, Angel Di Maria, Fabio Coentrao, Ricardo Carvalho and Manchester United coach Jose Mourinho have all had problems with Spanish tax authorities in recent years.