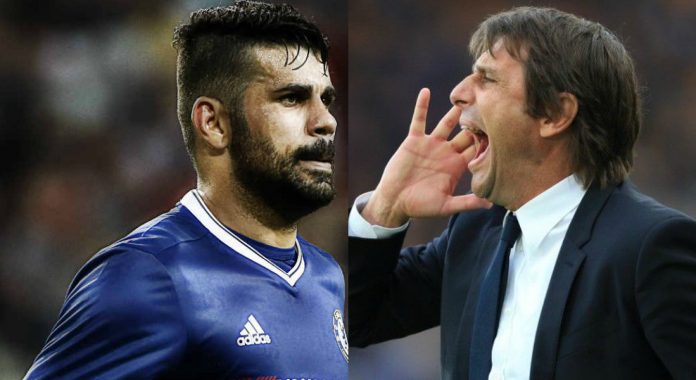 Premier League champions Chelsea have given wantaway star Diego Costa four conditions to fulfill before the club bosses will consider selling him, according to FootTheBall sources.

The Blues bosses have given the Spaniard the ultimatum today as he has not yet returned to London and has shown no interest in playing for the club.

However, now the Blues hierarchy want the wantaway striker to do the following before they will offload him to Atletico Madrid.

Chelsea have also challenged Costa’s claims that he is being forced to train with the reserves.

The Blues can also keep on fining him indefinitely until he returns after breaching their code of conduct.

Costa was fined £300,000 after failing to report for training two weeks ago.

FootTheBall understands Costa has not yet contacted the PFA over his claims that the Blues are treating him like a criminal.

Chelsea outcast Diego Costa has been left in limbo after Diego Simeone raised doubts over his much anticipated return to Atletico Madrid, as they have a transfer embargo until January.