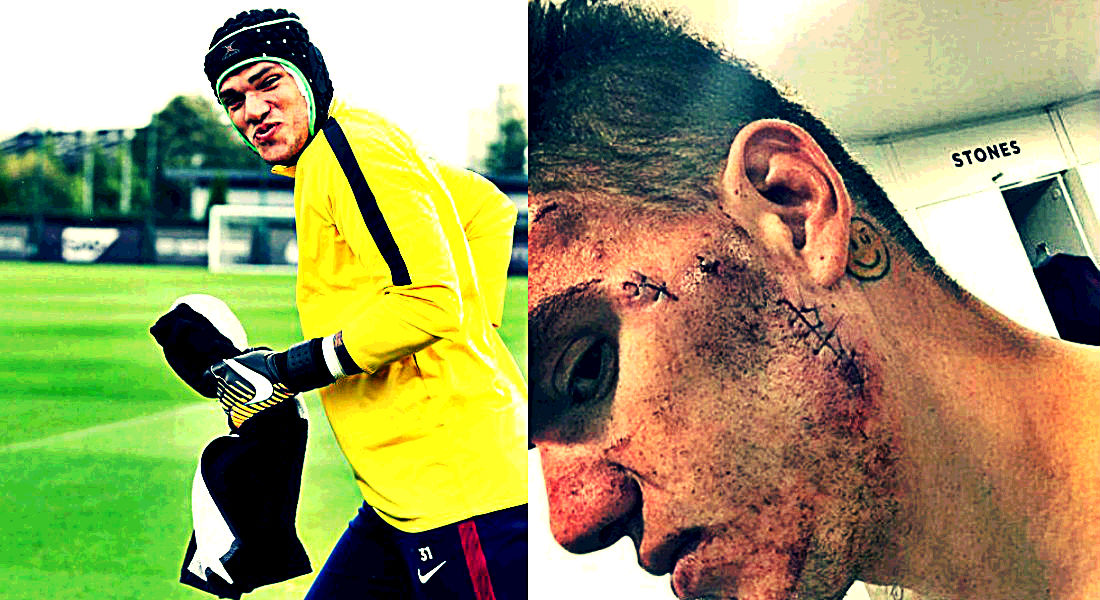 Manchester City goalkeeper Ederson showed to the world the horrific effects of Sadio Mane’s challenge on his face on Monaday as Liverpool appealed to cut short the length of the forward’s ban. 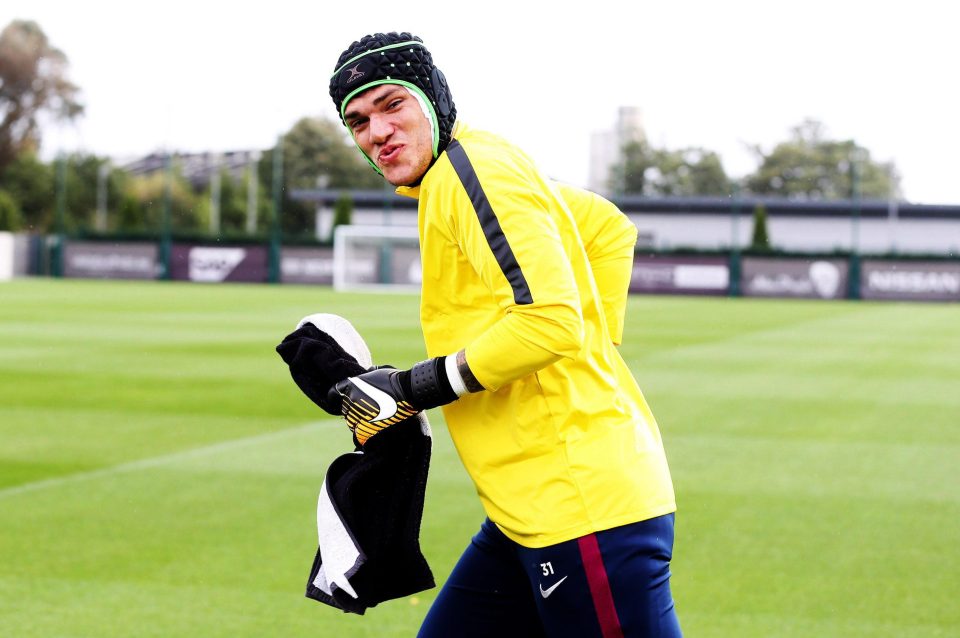 Ederson was back in training for Manchester City wearing protective headgear

The Etihad keeper was caught in the face by Liverpool winger Sadio Mane’s boot during Saturday’s 5-0 win over Jurgen Klopp’s side.

He needed eight minutes of treatment as he lay on the turf and was given oxygen while being taken off on a stretcher. 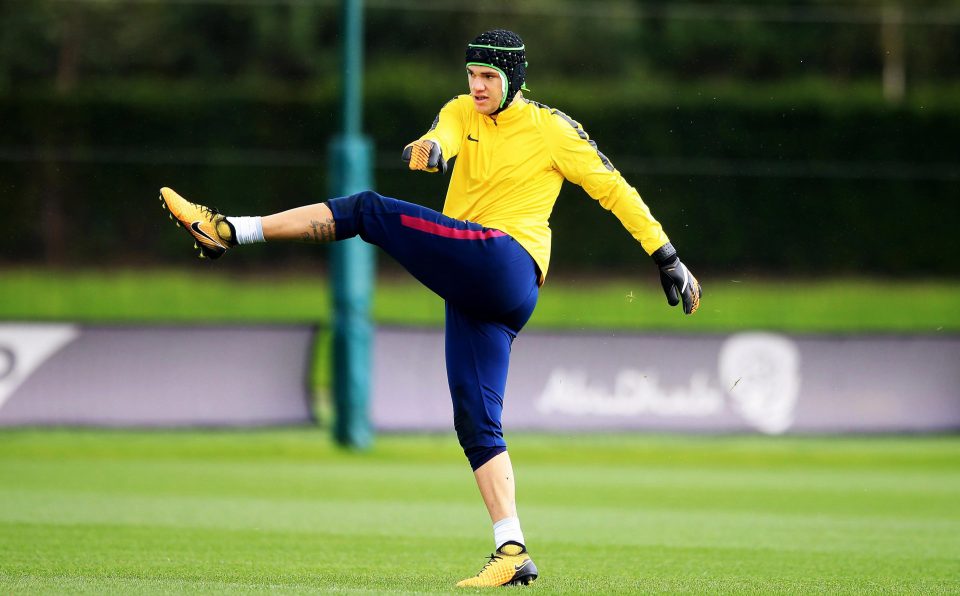 Ederson goes through his paces during Manchester City training

But now he was back in training on Monday but wore a Petr Cech-style skull cap that provided extra cover against bumps and bruises as Pep Guardiola’s side prepared themselves for their Champions League opener against Feyenoord on Wednesday.

Mane was shown a straight red card, but the Reds have now appealed the length of his ban.

The Reds argue that Mane had no intentions to cause harm to Ederson, and the face injury was just due to an accident, and that the ban should be reduced as he only intended to hit the ball.

The panel has to take the final call – if they decide the three-game ban is too harsh on Mane, then they can rduce the punishment to two matches or even one. The final decision is expcted to be made before 6pm on Tuesday. 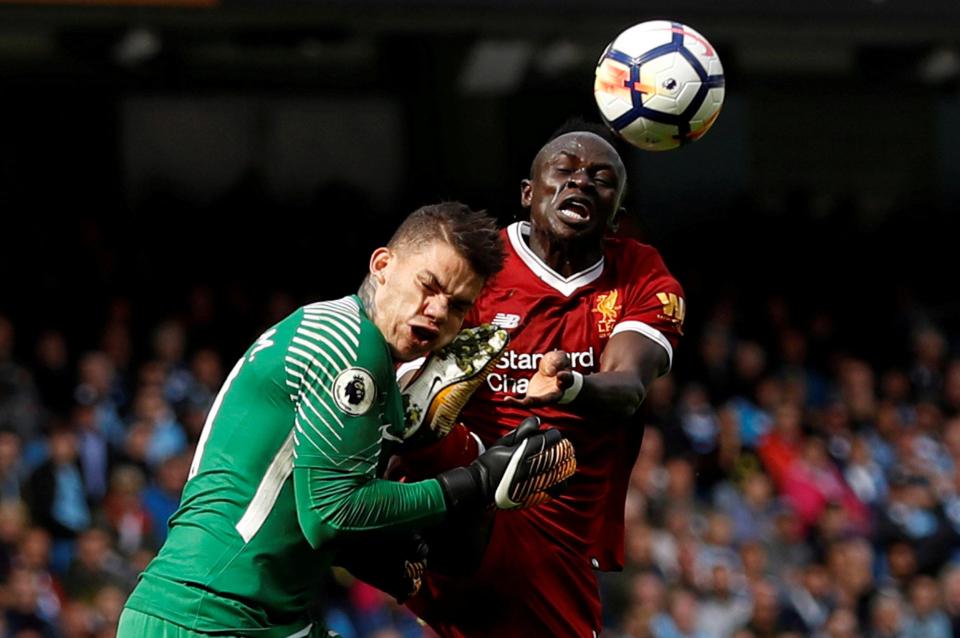 Jurgen Klopp had said after the game the club was unlikely to appeal.

He said: “So it never works? It would be another waste of time, like the game today. Not sure (if they will appeal).” 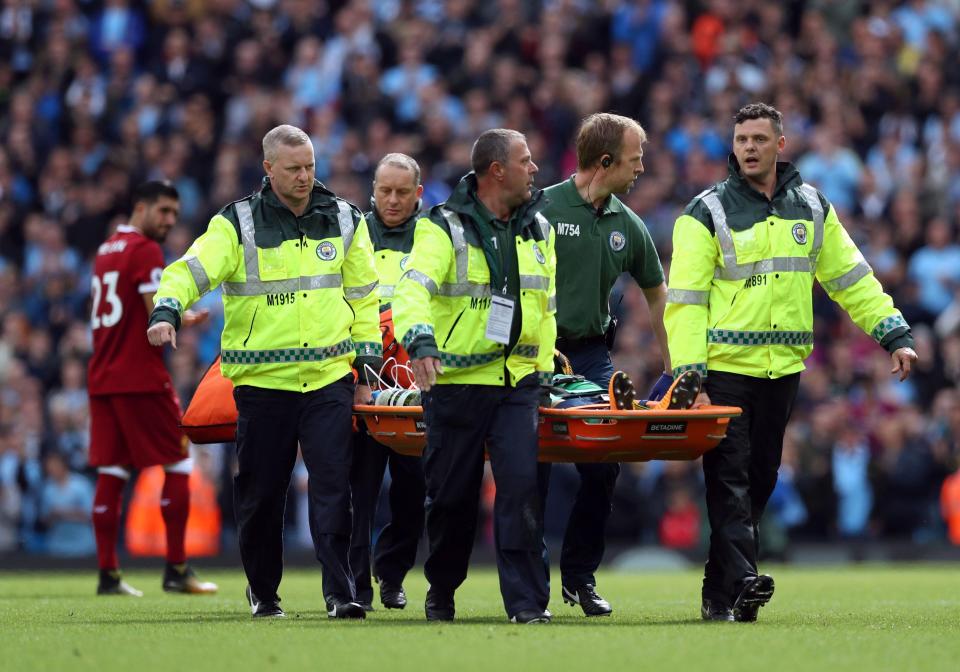 “I think everyone knows he didn’t see the goalie.”

“There was not one second he looks on the goalie. He just wanted to get the ball as soon as possible. Hopefully the goalie is not seriously injured.” 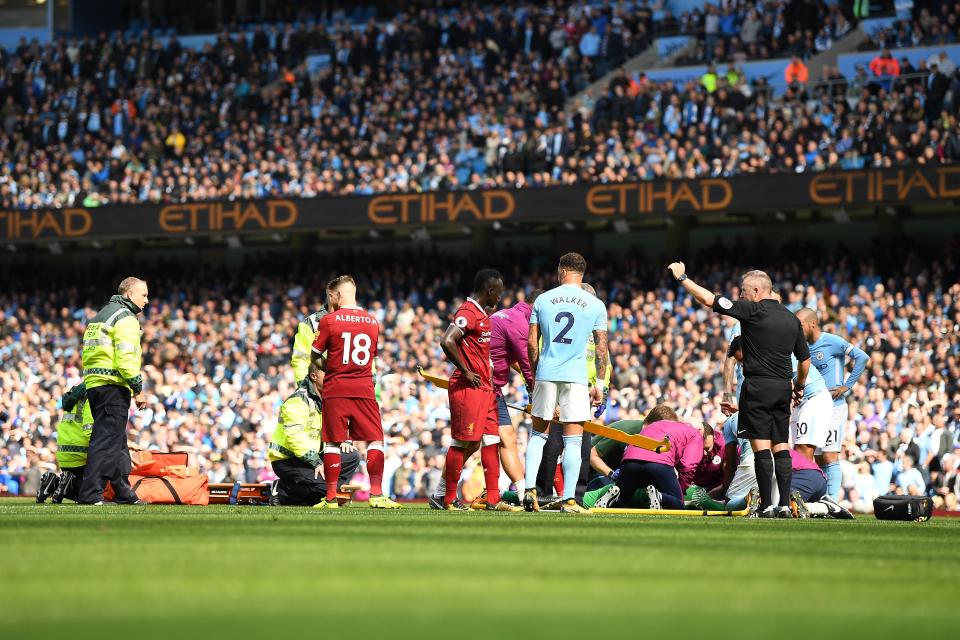 “(Sadio) is very, very upset. We couldn’t keep him – he was shocked about the situation. I am sure also about the decision.”