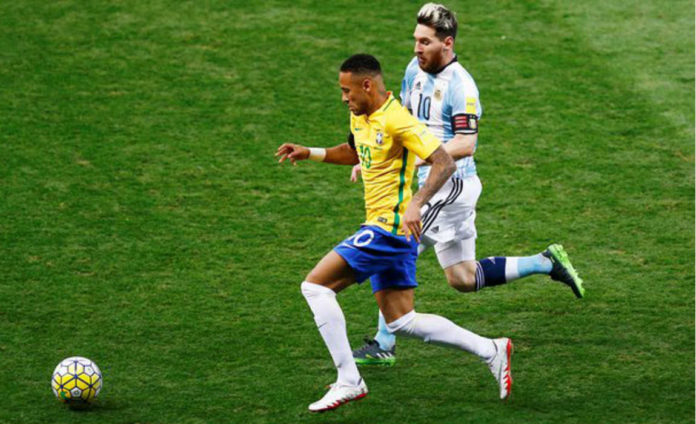 Fans hit back at ‘disgusting’ Mastercard campaign that will see 10,000 meals donated to kids only if Lionel Messi and Neymar score at World Cup. Mastercard have been slammed on social media over their campaign idea.

In a statement, Mastercard said: “For each goal scored by Lionel Messi or Neymar from now until March 2020, Mastercard will donate the equivalent of 10,000 meals to the World Food Programme to fight childhood hunger and malnutrition in Latin America and the Caribbean.”

Those who want to donate money can do it directly via the campaign website or by using the hash tag #JuntosSomos10 on social media.

Speaking of the initiative, Messi said: “I’m proud to be a part of this campaign that will help change the lives of thousands of children in my country and other regions of the world.

“I hope this initiative gives as many smiles as possible to all the children.”

Neymar said: “We want to ensure that the children of the region can have a plate of food and more hope.

“We Latin Americans know we can do great things when we unite and this is an example of that. Together, we can fight hunger.”

But the idea of the campaign has not gone down well with a huge section of football fans as they fail to understand why the company can’t simply provide the underprivileged children free meals instead.

Here are some of the reactions on social media.

So if the keeper saves their shots, he hates starving children!

This @mastercard idea is the most disgusting thing… EVER.

Feels like a lot of pressure to put on them? Why not just donate 100,000 at the start of the tournament.

It’s like playing god with starving children and a massive insult and unfair on the players, if you miss this penalty you’ve just starved some children. Just give them the food, and do offers for customers for every goal scored.

@Mastercard. Stop playing God. Just give the meals to the children regardless.

If they have the money, why not just feed the kids?

Imagine if they just gave the poor, starving people the food.
Imagine.