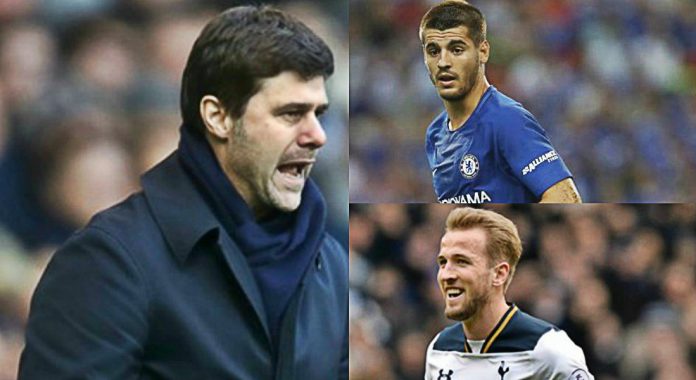 The Real Madrid forward was heavily linked with a move to Manchester United but both the clubs couldn’t agree on a transfer fee and the Red Devils moved on to sign Romelu Lukaku for £75 million from Everton.

After United dropped their interest in the Spaniard, Chelsea pounced upon the opportunity and signed Morata for a staggering £70 million from the La Liga giants.

Spurs had also shown interest in roping in Morata as Pochettino wanted to add more reinforcements to his forward line, but the former Espanyol boss revealed that the Spaniard rejected a move as he did not want to compete with Kane for game time.

Pochettino said: “Morata talked about me in the media he said, ‘Mauricio called me’. That was from the beginning — two years ago or more.”

“When we spoke he said to me, ‘Why do you want me if you have Harry Kane?”

“You know? If I go to try to sign a striker, they will all say, ‘Uh, gaffer. You want me for what? To be on the bench? Because it’s Harry Kane, I can’t compete with Harry Kane’ or [at other positions] Hugo Lloris or Christian Eriksen.”

“It’s so difficult to convince good players to come and then be on the bench. Then the problems start.”