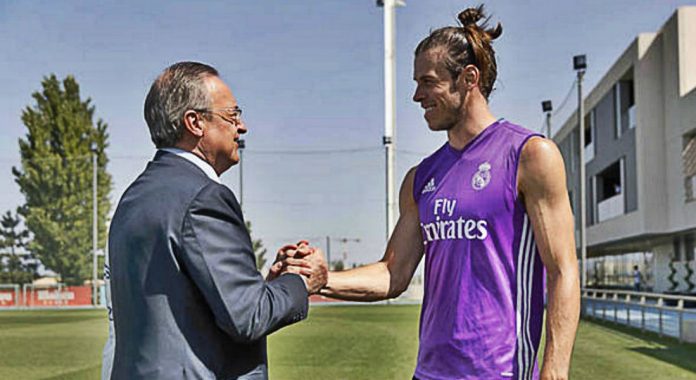 Gareth Bale will reportedly be allowed to part ways with Real Madrid next summer, with Manchester United keen to rope him in.

Bale has been heavily linked with a move back to the Premier League  throughout his series of injury.

And now Spanish outlet Diario Gol claim that Real Madrid president Florentino Perez and Bale have reached an agreement that he can leave next summer.

Since joining Real four years ago, Bale  has won 10 trophies.