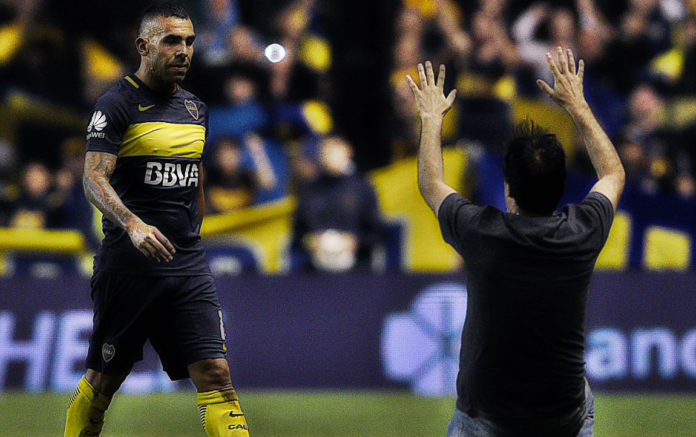 Carlos Tevez is set to become the highest paid footballer in the world after he unofficially confirmed his transfer to China. 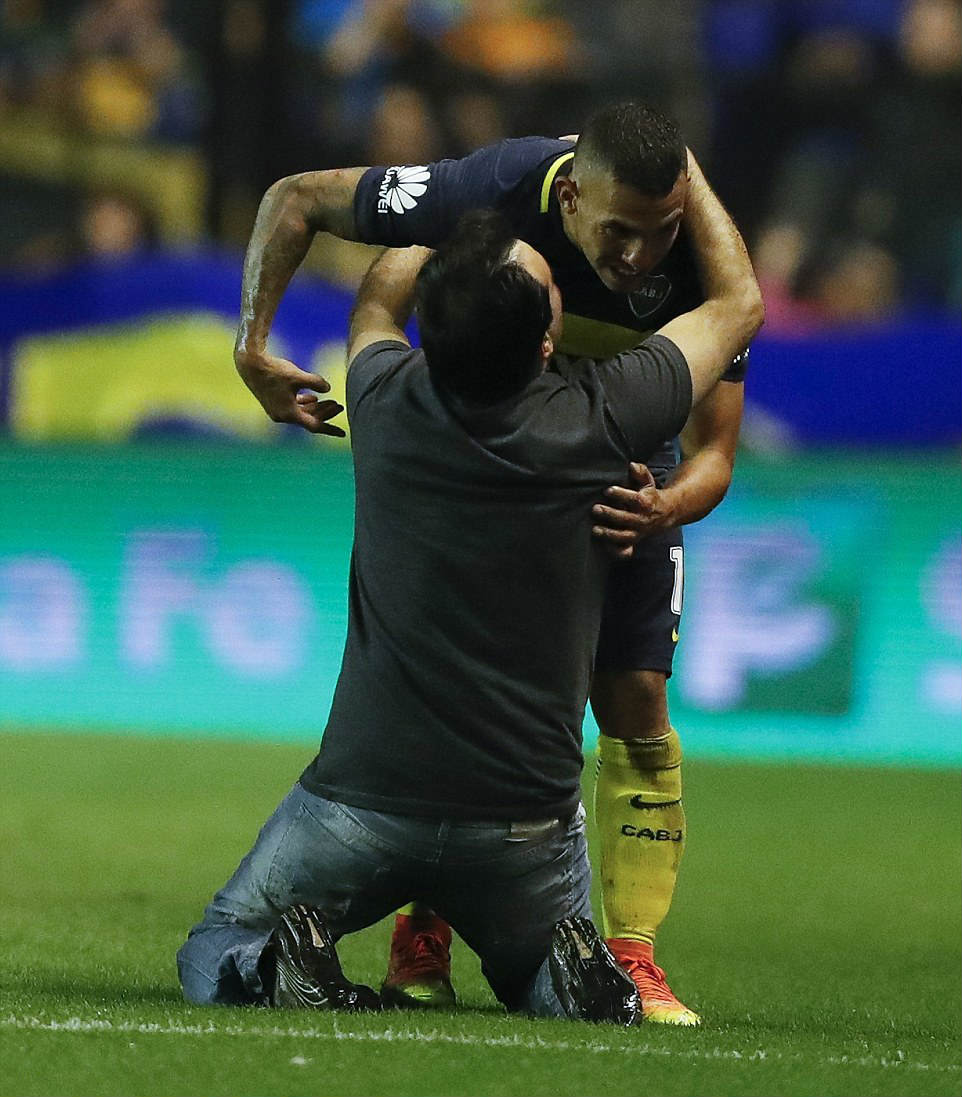 The 32-year-old legendary striker bid farewell to Boca Junior fans after a 4-1 win over Colon.

The La Bombonera icon is set to receive a whooping £615,000-per-week at Shanghai Shenhua. 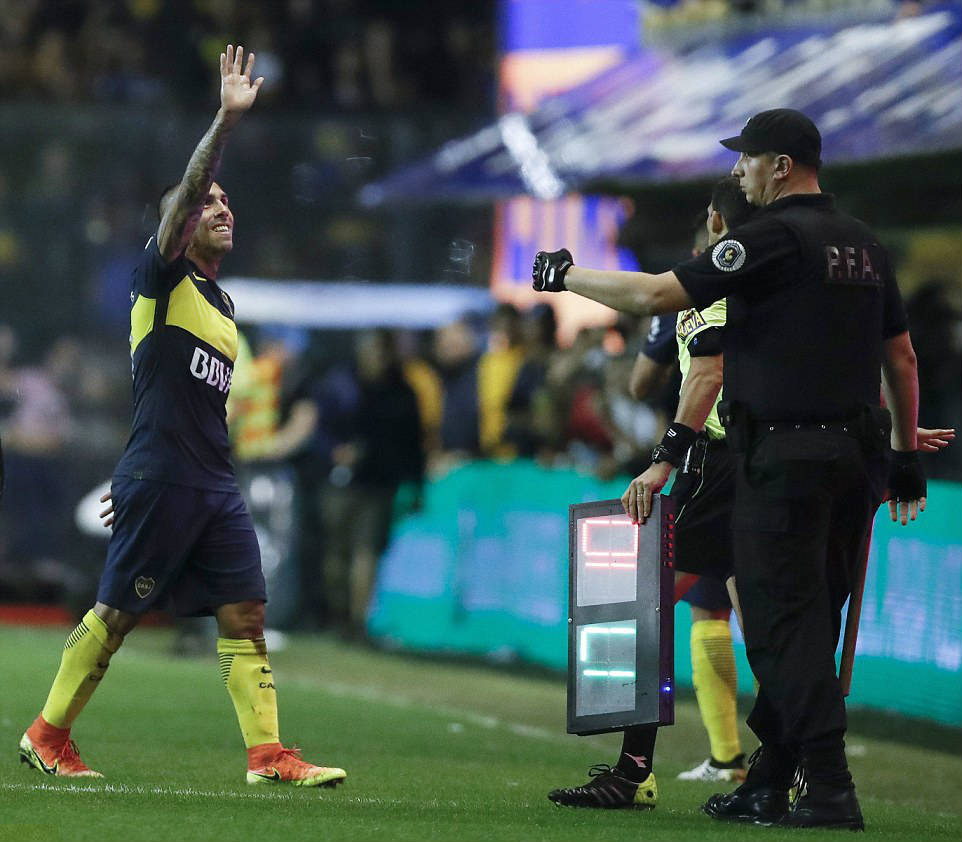 Meanwhile, Boca fans pleaded their star to not leave – with some getting banners begging the former Manchester United star to stay at La Bombonera. 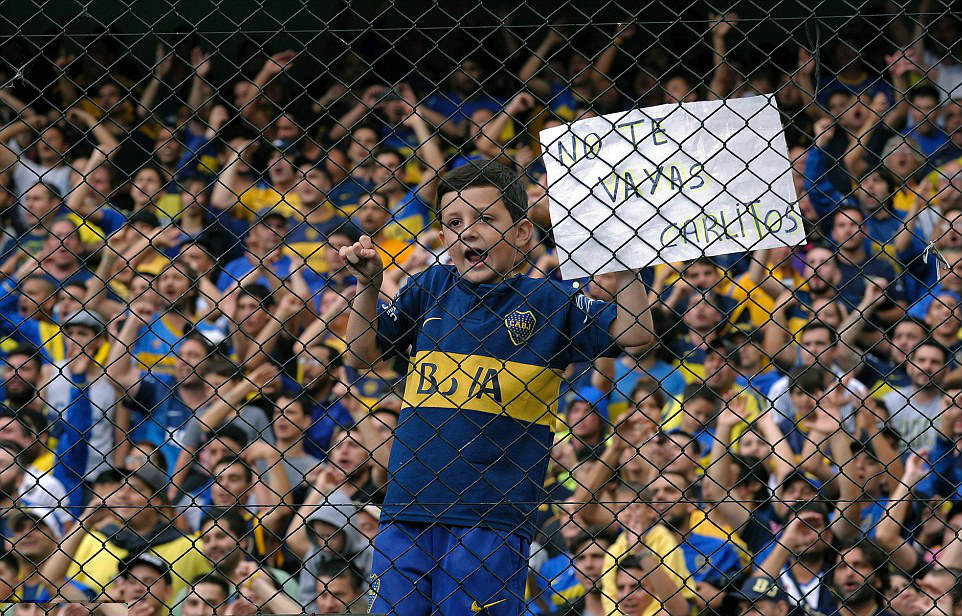 Tevez was subbed-off in the 90th minute to let the crowd appreciate the iconic talisman.

One supporter even ran on to the pitch and bowed down in front of Tevez, before the 32-year-old helped him up and gave him a hug. 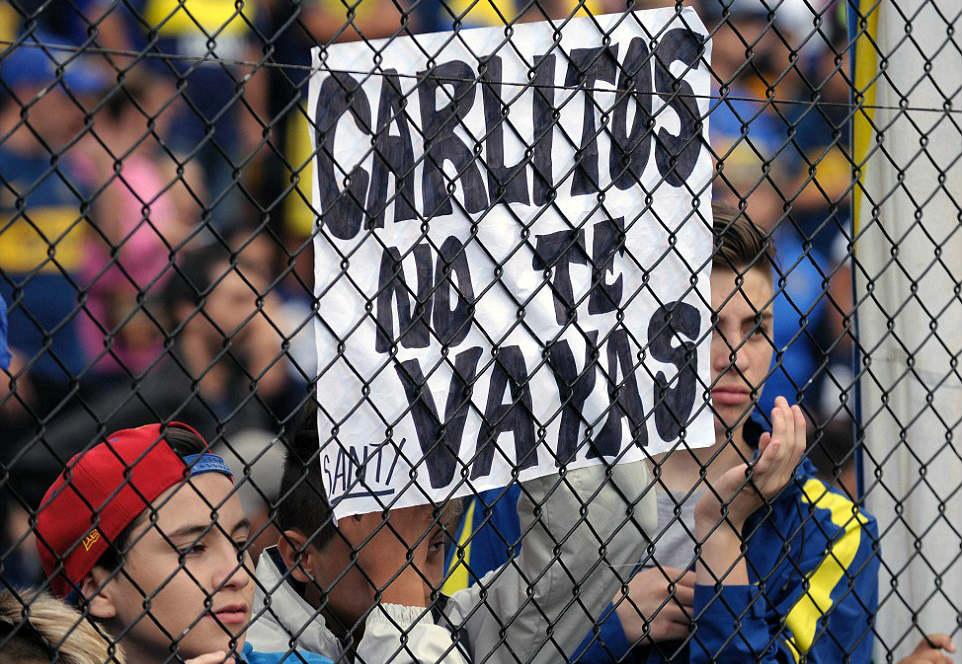 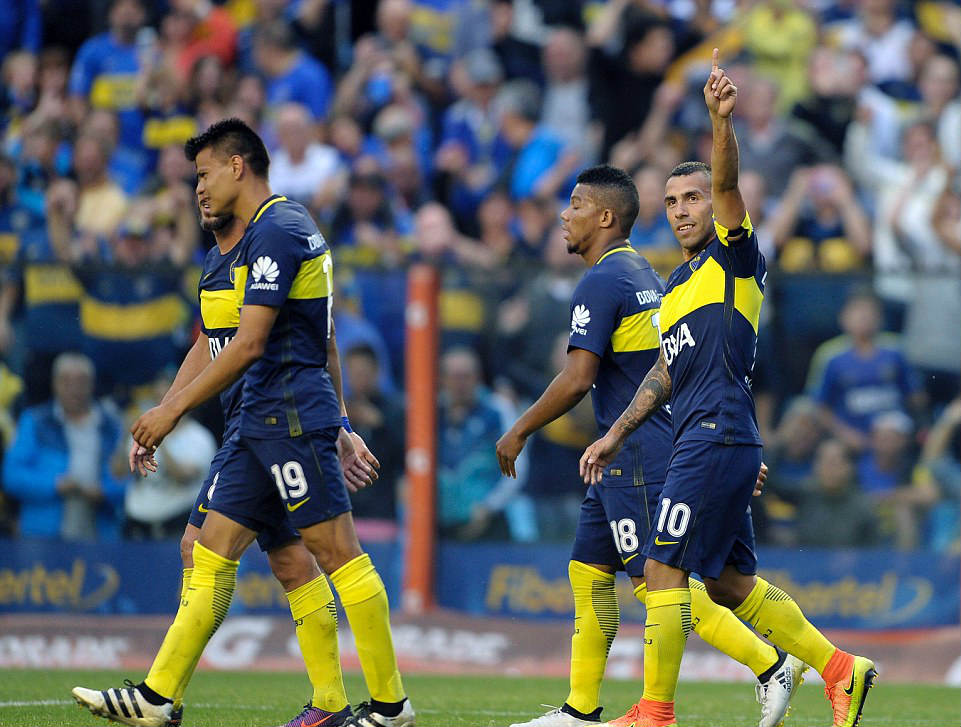 Fans all around the ground stood-up and pleaded Carlitos not to leave with signs ‘Don’t go, Carlos!’.

However, Boca Juniors officials later confirmed that the move was still underway.

The former Manchester City and West Ham man moved back to Boca last summer from Juventus. 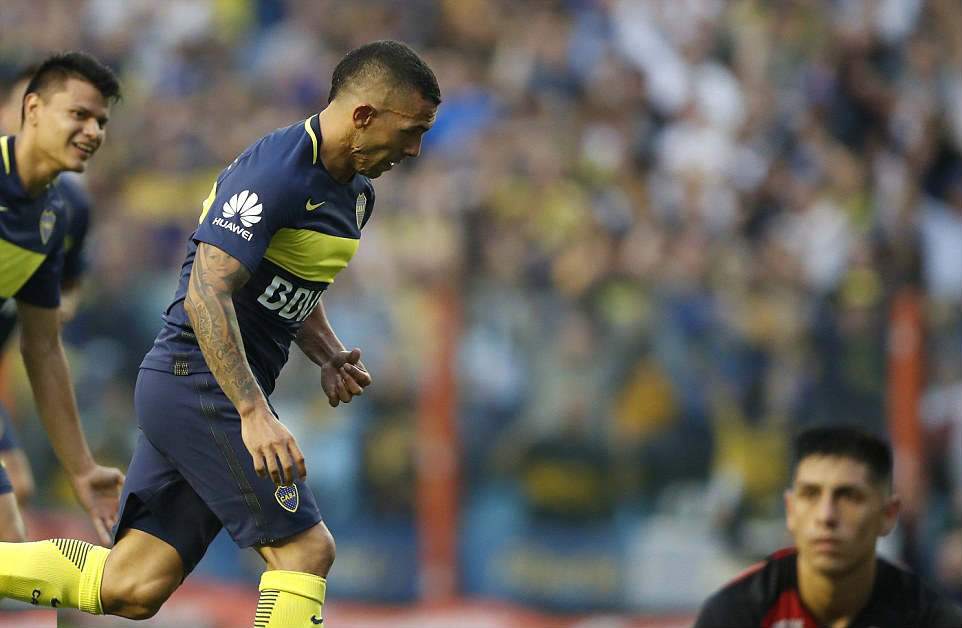 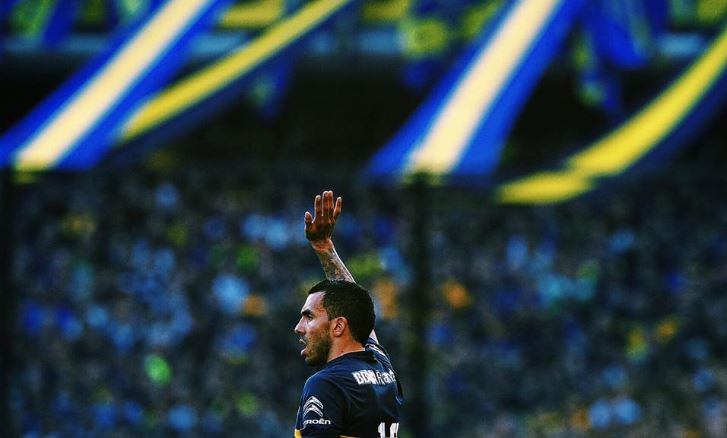 Carlos becomes another high-profile player to have been lured by the filthy-rich Chinese Super League.

The move comes just one week after Chelsea’s Oscar signed with Shanghai SPG for an insane £60 million.

A break-down of Carlos Tevez’s earnings at Shanghai Shenhua:

* Transfer is set to be completed in January