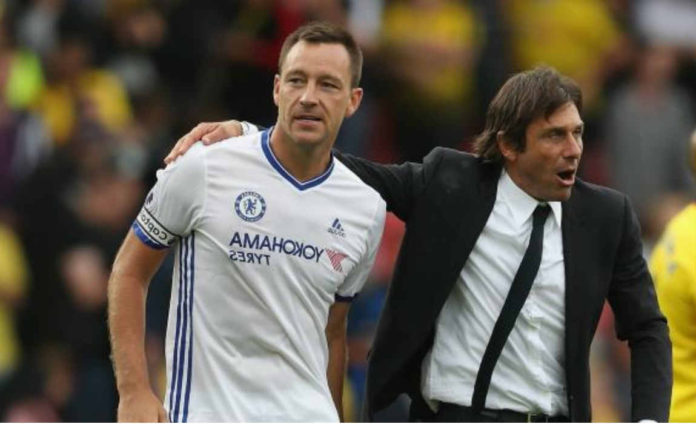 Many big-name Chelsea stars are unhappy with boss Antonio Conte after he left them on the bench for the FA Cup quarter–final against Manchester United.

The team paid off with Chelsea beating United 1-0 in the match. But several of his men were angry with Conte’s team selection.

Long-serving club skipper John Terry is said to be leading the bust-up along with Kurt Zouma, Asmir Begovic and Nathaniel Chalobah – who played in the earlier rounds of the FA Cup – were all benched.

Terry and his Centre-back partner Kurt Zouma warmed the bench while Asmir Begovic was pushed out of the eleven by No.1 stopper Thibaut Courtois.

Nathan Ake returned to Stamford Bridge from Bournemouth under the impression he would be given first-team action, but was let out of the squad completely and is yet to break into the first-team and is warming the bench, whereas he was a first-team regular at the Vitality Stadium for the Cherries.

There were no complaints from any of their other first-team players, but Terry and co are reportedly unhappy with the lack of faith shown by Conte and this could cause the Blues some serious problem as they head towards a domestic double after last seasons disaster.