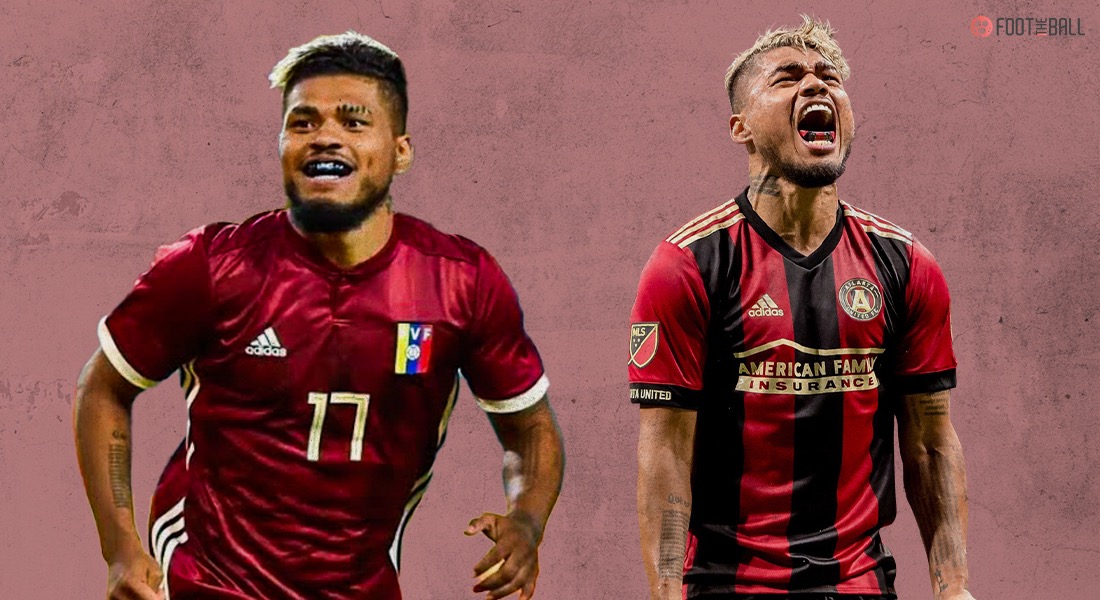 His ACL injury at the start of last season might have sidelined him from being talked about one of the superstars in the Major League Soccer, but Josef Martinez still remains the most feared striker in the United States, purely for his goalscoring abilities rather than any arrogant actions in the public.

Although his performances in the early days for his career might have been the reason of him not making it big in the upper echelons European football.

The days, months and years will pass … but never this moment 😡 pic.twitter.com/K495yqbIlx

Martinez certainly has made his name in the MLS and the future for the football in Venezuela is bright with the emergence of a mature striker in Martinez and also the popping up young talents across the country who are plying their trade across Europe.

Born in Valencia of Carabobo, Martinez started his career as a striker in the youth system of Venezuela’s most successful club Caracas at a very young age and stayed in the academy until his debut in 2010. 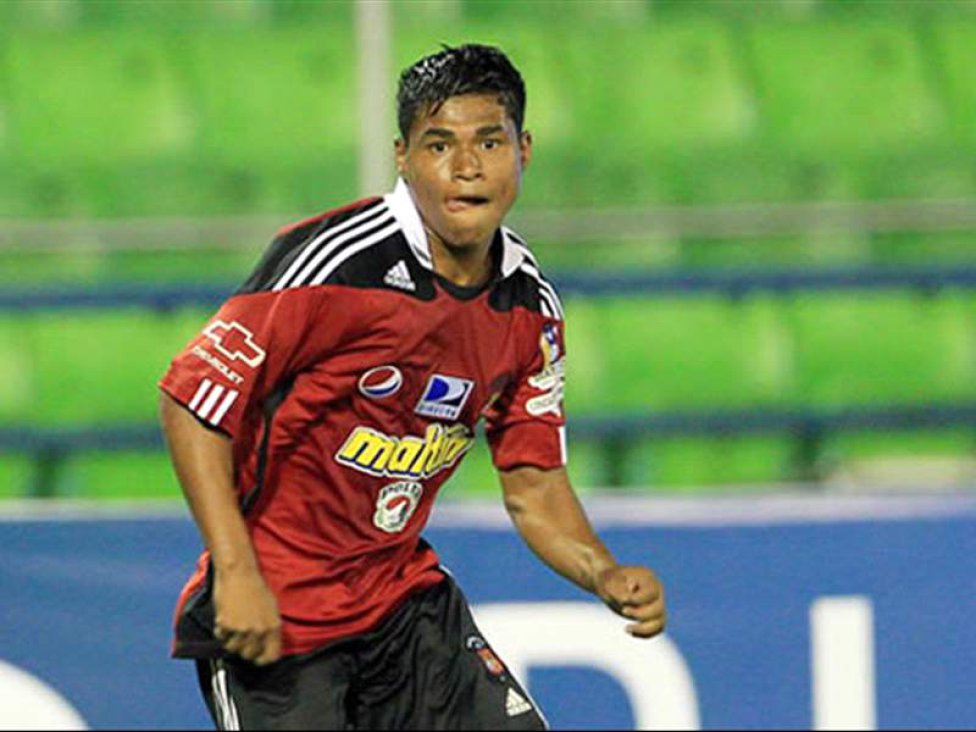 Martinez, during his early days at Caracas. (Image Courtesy: AS / Website)

In 2010, Martinez made his debut for the first team against Estudiantes de Merida as a substitute and went on to make 43 appearances for the club, scoring nine goals in the process.

TIME IN SWITZERLAND AND ITALY

Following his breakthrough at Caracas, Martinez made the first big move in his career, moving to Swiss giants Young Boys in January 2012. However, things did not go as planned at the capital club for the Venezuelan as he managed to only muster four goals in his 38 appearances for the club in the first 24 months. Subsequently, Martinez moved to fellow Swiss League club FC Thun on a loan in January 2014, where he discovered his form and talent, and also led the highest goal scorers list that season for a considerable amount of time. These performances for Thun in just 6 months earned him a move to Serie A’s Torino in June 2014 for a fee of €3 million. 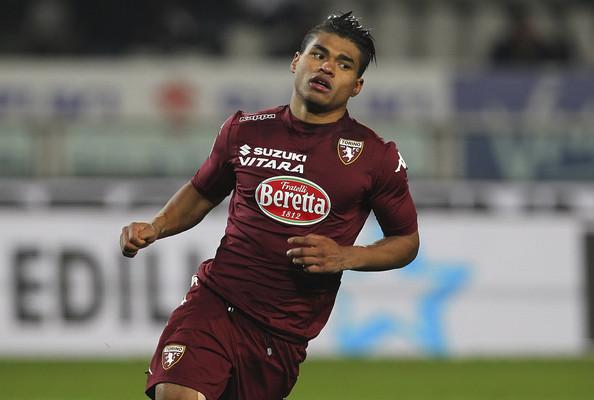 Martinez playing for Torino in the Serie A. (Image Courtesy: Torino / Twitter)

Although his first season in the Turin based club was impressive for a debutant, with 7 goals in 40 appearances, half of them coming of the bench. But the prevailing 18 months saw his stock decline once again as Martinez 6 goals in 36 appearances for the club, which caused a drastic decline in his market value.

REDEMPTION IN THE STATES

In order to revive a falling career, Martinez moved on loan to Atlanta United in February 2017, to star for them in their inaugural season in Major League Soccer. And the Venezuelan did not waste any more time in the United States as he scored in his second game for the club, a hattrick against Minnesota United in 6-1 win, the club’s first ever victory. 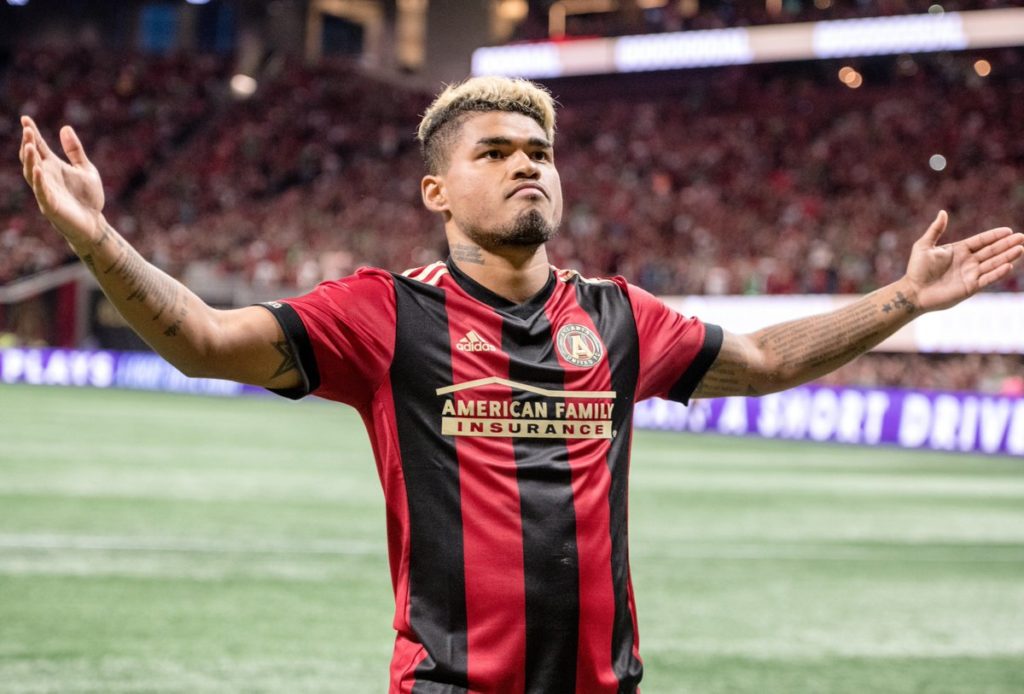 Martinez, celebrating after scoring his first hattrick for the club in just his second appearance. (Image Courtesy: Atlanta United / Twitter)

Atlanta only needed three games of Martinez’ play as they went on to exercise a permanent buy-option in his contract and the Venezuelan continued to perform at a high level for The Red Stripes with a staggering 79 goals and 9 assists in 91 games for the club in the league.

But the time in the United States was and still is plaguing Martinez with numerous injuries, starting from the quadriceps injury that occurred early into his Atlanta career while on national duty with Venezuela, another injury at the same area 3 months later. The biggest however, was the Anterior Cruciate Ligament injury that occurred at the start of the 2020 season that ruled him out for the next 13 months.

Since his recovery in April 2021, Martinez has only started four games out of his seven appearances and is still recovering to full fitness as he looks to lead Venezuela’s attack in the upcoming Copa America.

Primarily a centre-forward, Martinez is a diminutive figure when compared to the stereotypical strikers as he stands at only around 172cm. However, he is built aggressive and is a powerful player and these attributes are evidently seen when he holds the ball off the defenders.

Martinez is also capable of playing as a winger on either side, which can be seen during his days with Venezuela where Salomon Rondon primarily starts as their centre-forward. This is due to his blistering pace and his dribbling ability, while his eye for a goal and the ability to find space in the box and get into good positions cannot be underestimated.

Martinez made his debut for Venezuela over a decade ago, in 2011 while playing for Caracas in his home nation. He also made quite a few appearances for the national under-20 side before becoming one of the mainstays in the first team.

Characteristic to his days at the various clubs until joining Atlanta, Martinez massively underperformed for the national side while injuries, during his time at Atlanta, have curtailed his growth as one of the nation’s top forwards.

His career also saw some controversies, including one with former manager Rafael Dudamel as the duo’s relationship strained to an extent after the Copa America in 2019 that led the Atlanta striker to call premature retirement from the national side. That issue has been resolved with Jose Peserio replacing Dudamel in 2020 and the present call up for Martinez for the upcoming World Cup qualifiers.

With Salomon Rondon set to start in the centre-forward position for Venezuela, Martinez either has to settle for a spot on the wing or the manager has to change the existing system to accommodate both the talents at his disposal.