Justin Bieber, Lewis Hamilton And Floyd Mayweather Among Celebrity Friends Neymar Will ‘Bring With Him’ After £198million Transfer To PSG 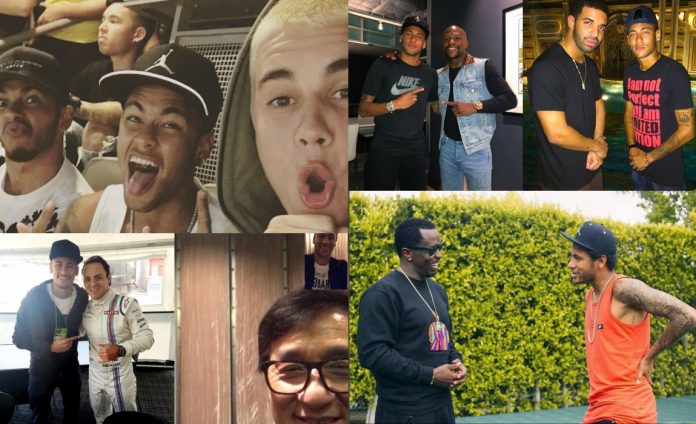 World’s most expensive player Neymar Jr is not just a footballer but a star around the world, with huge list of celebrity friends.

Within two days after arriving in France, the star sold around 15,000 shirts and is regarded as the marketable footballer.

The Brazilian player is quite famous due to his long list of Hollywood friends and his background.

ALSO READ: Neymar Soaks Up The Saint-Tropez Sun On Yacht As He Prepares For Debut Season With PSG

All these celebrities are expected to be the regular visitors to the Parc des Princes to watch their friend playing.

Neymar’s market value is huge which is why La Liga was hesitant to accept PSG’s deal and tried hard to stop him from leaving.

PSG’S signing for Neymar will soon turn the audience from La Liga to Ligue1.