Jurgen Klopp took his Liverpool side to watch Barcelona face Borussia Monchengladbach at the Camp Nou on Tuesday after their surprise 4-3 defeat to Bournemouth on Sunday.

Klopp took full advantage of no European football as he took his team to Spain’s warm climate and went for the Catalan giants Champions League clash against the German side.

Lionel Messi was in sublime form in the first-half as Klopp and his team watched from the stands – giving them the taste of what awaits them if they finish in the top 4 this season.

The Reds were on a hot 15 match unbeaten streak before their defense was dismantled by the Cherries. 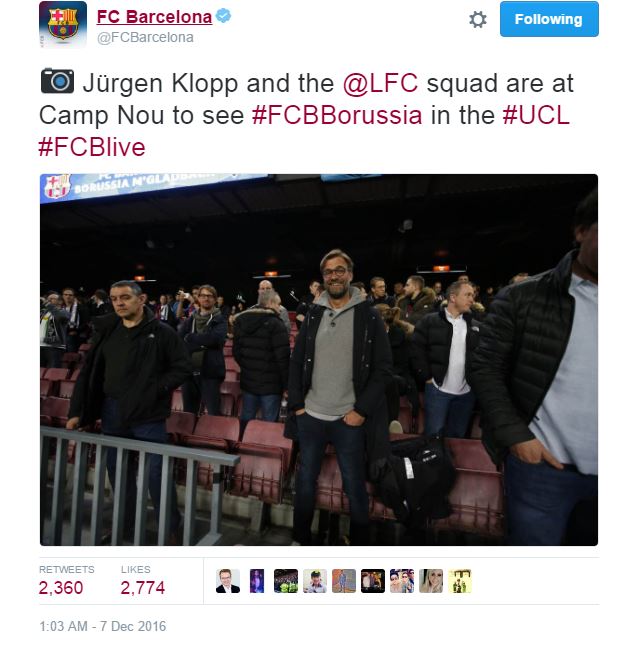 Liverpool are currently in the third position, four points behind league leaders Chelsea.

Meanwhile star forward Philippe Coutinho didn’t travel with the team as he stayed back to work on his fitness.

Coutinho is recovering from an ankle ­ligament injury, and is expected to stay out-of-action for around five weeks.