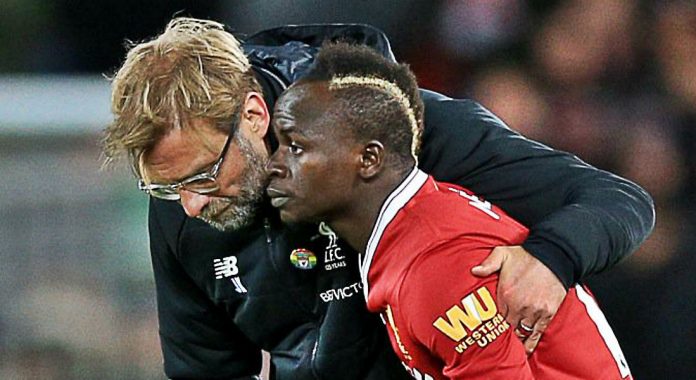 Liverpool forward Sadio Mane made it clear he had no issues with Jurgen Klopp despite appearing to argue with his manager after a 1-1 draw with Chelsea.

Mane was highkey not having it. Poor decision-making from klopp today. pic.twitter.com/d10kAFrGRG

Mane, who came off the bench after Willian’s late equaliser for Chelsea, was seen having a discussion with Klopp after the final whistle.

But Mane insisted that there is no issue with Liverpool boss Klopp and accentuated that he was only trying to explain his point of view after the draw at Anfield.

“He [Klopp] asked me to play on the right side and one time I tried to ask for the ball in the number nine position,” Mane told Sky Sports News.

“Mo [Salah] was on my side and the coach was shouting ‘Sadio come onto the right side’.

“After the game I told the coach it was easier if you told Mo to come in because he was close to you.

“But it was friendly, it was not because I was unhappy or something else. There was no problem, I was just communicating and explaining that to him after the game.”

Earlier, Klopp rubbished reports of an on-field bust-up with Mane and insisted that it was just a general discussion.

“I was shouting at him because he was in the centre,” said Klopp.

“He said to me that Mo [Salah] wanted to come into the position but Mo had 90 minutes in his legs.

“I wanted Sadio on the right wing. Everything is now sorted immediately.”

Mane has four goals and four assists to his name despite missing eight games through injury and suspension this season.

Liverpool are now set to lock horns with Stoke City on Wednesday night.