Sevilla, in the recent years, have risen as a strong force in La Liga, with two consecutive top four finishes and a Europa League title in the 2019-20 season. And one of the main reasons for their success is Lucas Ocampos, who is set to star for Argentina at Copa America 2021.

The Argentine was a talented young footballer who astounded everyone with his remarkable goal-scoring abilities. His strength and energy along with dynamism and great vision on the pitch had made him a tough opponent to go up against at a very young age.

Having started his career as a striker in the youth system of Quilmes Athletic Club at the age of six, Ocampos was snapped up by Argetine giants River Plate after getting impressed by him in the under-15 Sudamericano in 2009. 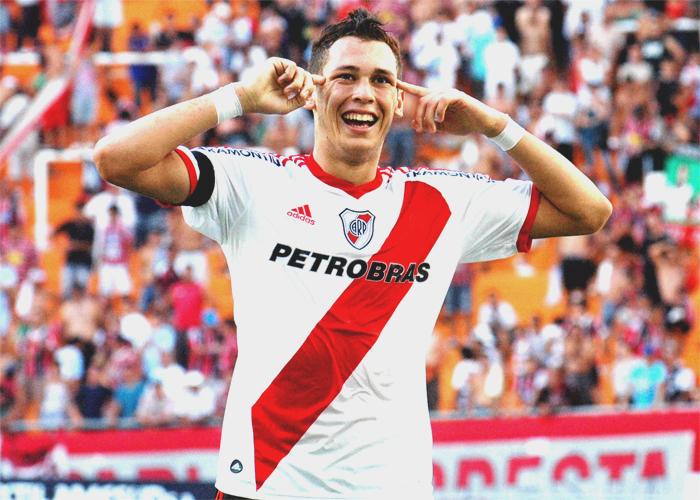 Making his debut two years later for River Plate, Ocampos went on to score seven goals in 39 appearances Los Millonarios before moving to then Ligue 2 side Monaco in 2012 for a reported fee of €11 million, the highest fee paid for a player till date by a French second division club.

Arriving as a talented teenager from Argentina, there was huge excitement when it was announced Ocampos was joining Monaco in 2012. Although, he was nominated for the Golden Boy award a couple of years later, stardom that was beckoning didn’t arrive early. 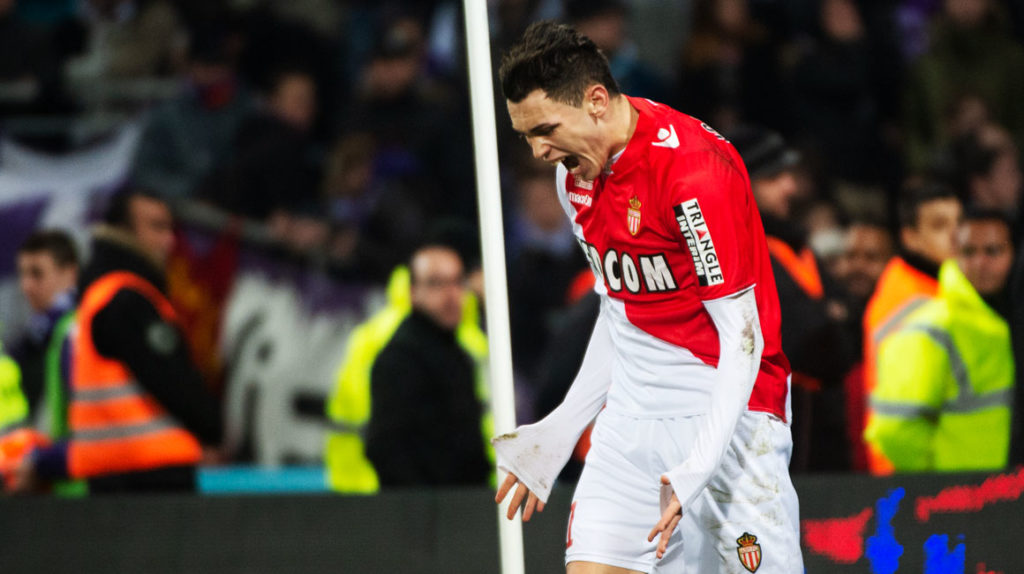 Ocampos celebrating after scoring a goal for Monaco. (Image Courtesy: AS Monaco / Website)

He then moved to French giants Marseille in 2015, for the next step in his career but even there it was a false start.

Ocampos struggled to settle at Marseille and coupled with the fact that compatriot Marcelo Bielsa had been dismissed, the manager who signed him, didn’t help the former River Plate forward. 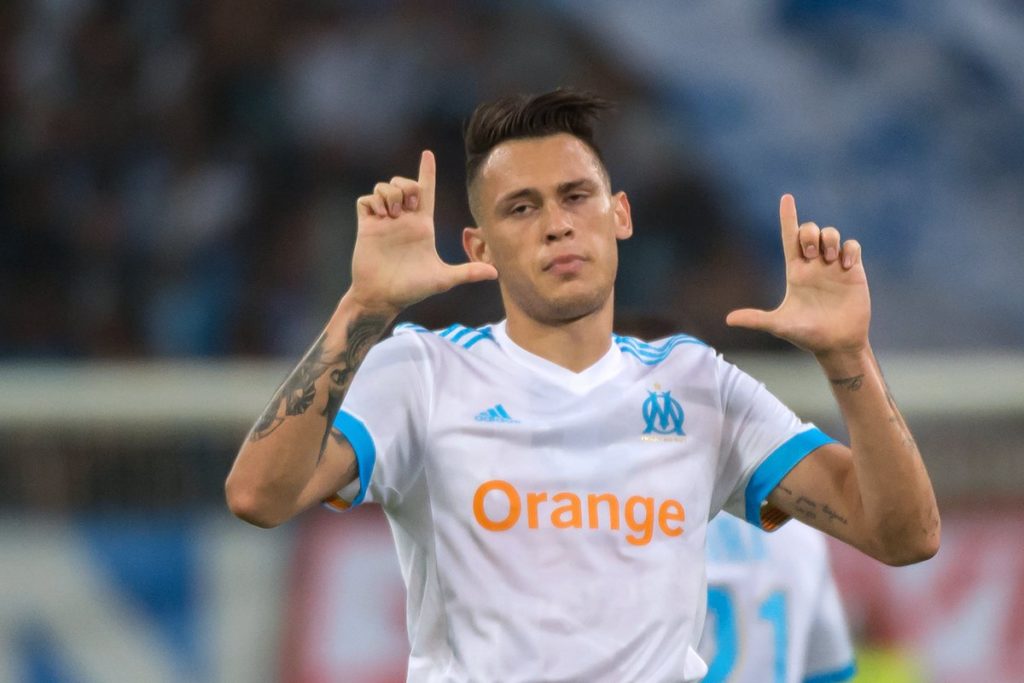 Loans to Italian clubs Genoa and AC Milan too didn’t help the cause and he returned to Marseille and continued to have moderate but far from spectacular trajectory couple of years.

A career, that was filled with untapped potential and enormous talent, was going down the drain until the he caught the eye of Ramón Rodríguez Verdejo, or more famously known as Monchi, Sevilla’s director of football.

REVIVAL AND STARDOM IN ANDALUSIA

Known for plucking out talent with ease, Monchi had seen something in the Argentine that made Sevilla pay €15 million to secure his services and fast-forward a year, that price looked like a bargain.

The winger who looked like a squad player at the most in France was now playing the lead role in a top club in Spain and even to Sevilla fans, this was a positive surprise.

Lucas Ocampos has scored 17 goals this season, the best tally of his career so far.

Had an unbelievable season. 🇦🇷 pic.twitter.com/ASu9puE4rv

Ocampos led Sevilla to fourth in the 2019/20 league season, scoring 14 goals in the league, the sixth highest and played a pivotal role in securing the Andalusian club’s record sixth Europa League title.

Although his performances have dropped this season amid the emergence of Youssef En-Nesyri, the Argentine is still their third highest scorer in all competitions and second in the league.

TIME FOR ARGENTINA THEN?

Primarily a right winger, Ocampos is quite versatile and plays on the left side for Argentina to accommodate captain Lionel Messi. In the seven matches that he has appeared for Argentina, Ocampos has scored twice, both in friendlies in 2019. 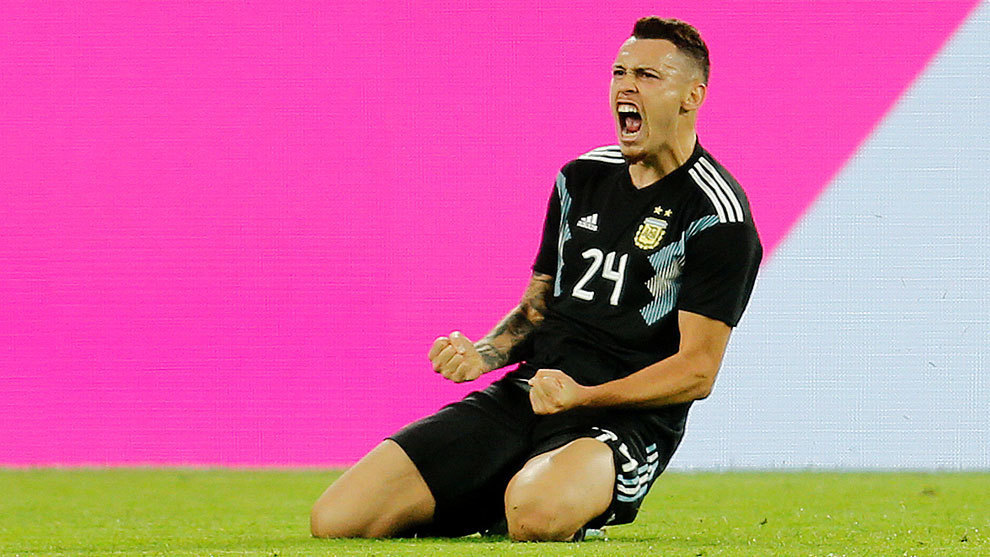 Ocampos can be a huge threat for the opposition teams when they face Argentina at the Copa America. (Image Courtesy: Marca / Website)

With the Copa America arriving in less than a months’ time, Ocampos would want to make a strong impact at the tournament as a formidable performance on a whole can get him that big club move that every player awaits for.

He has already made himself a regular in the national squad and the idea of becoming an important part in getting Argentina the trophy might just rub the hands of Ocampos.