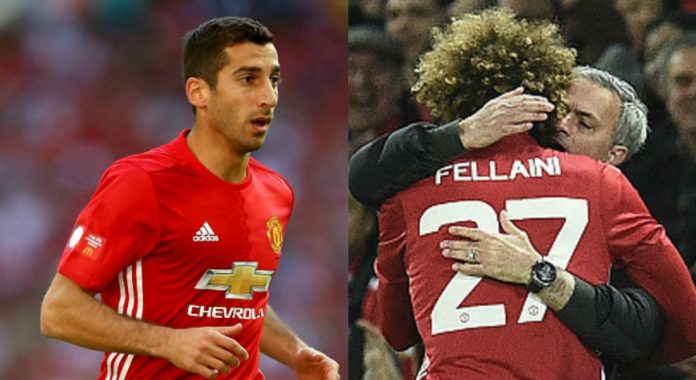 Manchester United boss Jose Mourinho has warned Henrikh Mkhitaryan that he will lose his place in the team if does not step up his game and starts performing for the Red Devils.

‘The Special One’ has accused the former Borussia Dortmund player of “disappearing” in his last few performances for Man Utd.

Mkhitaryan has seen a dip in his form after a good start to the season. Mourinho was not happy with his performances and had dropped him from the squad in Man Utd’s last two games, which put the Armenian’s future at Old Trafford in doubt.

Mkhitaryan was playing in his preferred No10 role during Paul Pogba’s absence but the former Dortmund star managed to score only two goals so far this season and has been substituted in his last eight games for Man Utd.

Mourinho said: “I was not happy with his last performances. I’m not speaking about one or two, I’m speaking about three, four or five. He started the season very well and, after that, step by step, he was disappearing.

“His performance levels in terms of goal-scoring and assists, high pressing, recovering the ball high up the pitch, bringing the team with him as a No10, were decreasing step by step.

Mourinho confirmed that Mkhitaryan, who arrived at Man Utd on a £28million deal from Dortmund last summer, will be included in the squad for their Premier League clash with Brighton on Saturday – but the Armenian will most probably start on the bench.

Mourinho also said that he has no power to stop Marouane Fellaini from leaving the club as a free agent at the end of the season.

Reports claim that Arsenal and PSG are interested in signing Fellaini and Mourinho said: “Yes, I am worried but I can do nothing – it is a discussion between the player and the board. So I just wait, wishing they will come to an understanding but it’s out of my control.”