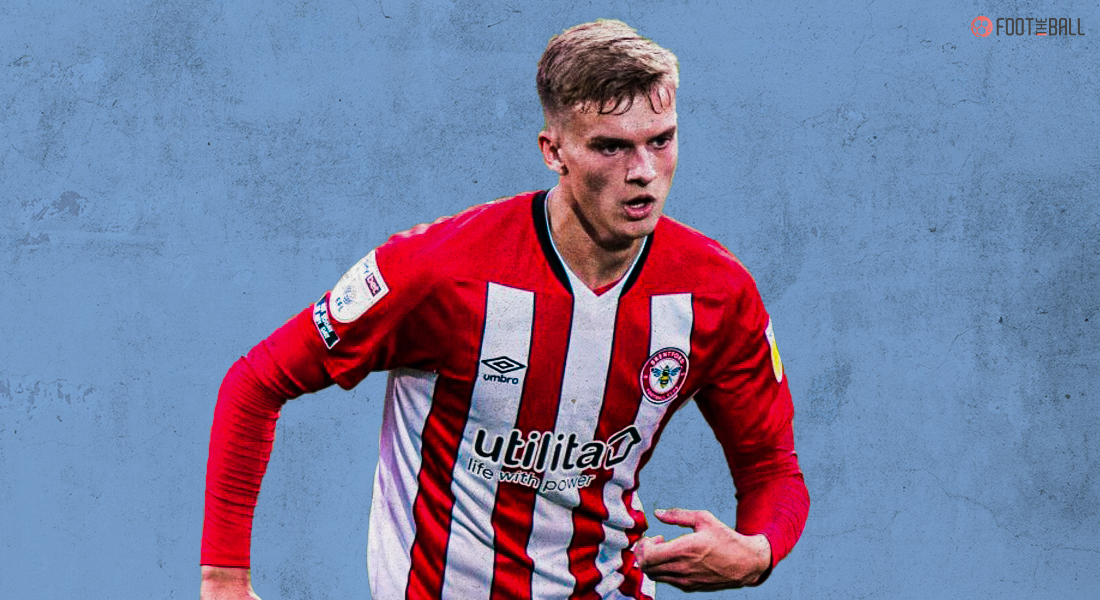 Marcus Forss’ breakthrough year continues to reel dividends. Having made his international debut in November last year, the 21-year-old has continued his fine form at Brentford which has led to him being picked in the Finland squad for Euro 2020.

In his national team debut at the Stade de France against World Cup champions, Marcus wasted little time showcasing his brilliance. Capitalising from a poor touch from Moussa Sissoko the ball rebounded into the path of Forss, who left Clement Legnlet out for vultures with a beautiful bit of skill before slotting it past Steve Mandanda.

Finland completed the victory that night after Onni Valakari scored to record their first victory against the French in nine meetings. It was a night of celebration for Finland and even more so for Marcus Forss as he made his debut in spectacular fashion.

Forss was born into a football family in the tiny town of Turku, Finland. Having left his country at the early age of 13, Forss joined the West Bromwich Albion academy and progressed through their ranks. He was released from the West Midlands academy after the expiration of his scholarship.

The youngster then joined Championship club Brentford’s academy in June 2017. Forss wasted no time getting accustomed to his new team, as he scored 21 goals in his first season with the reserves and won the season-ending player of the year award for his outstanding returns.

5 – Marcus Forss has scored the joint-most goals as a substitute in the Championship this season, with his five being the most in a league campaign for Brentford since Neal Maupay in 2017-18 (7). Super.

He was immediately promoted to the first team but struggled to get game time. In the hunt for minutes under his belt Forss took a step down and joined League One club AFC Wimbledon on loan. He netted seven goals in his first seven appearances for the club before his season was prematurely cut short with a hamstring injury. Forss finished the season with 11 goals from 19 appearances.

His return to parent club Brentford has seen Forss been deployed as an impactful substitute. The striker has repaid the faith of manager Thomas Frank as he has scored 8 goals from just 10 starts.

Forss’s clever movement has drawn him the label of a fox in the box. The forward is rarely seen participating in the team’s build-up play. He averages less than 25 touches per game. However, his off the ball movement is exceptional and has been instrumental in creating space for others or releasing teammates with his delicate and deft touches.

Despite his lack of involvement with the build-up play Forss is a hardworking forward which has been highlighted by his affinity to keep pressing the opposition backline. He possesses the unique ability of knowing when to push forward and force an error of the opponent.

His manager Thomas Frank has underlined his sharp and clever match awareness. His innate ability to generate lethal attacks when on the ball, his awareness of where his teammates are stationed at, where they are running to and when to play the ball.

We really should have sent this yesterday 😉

Forss is an excellent poacher, his ability to carve out incisive movements and create chances or score goals has been instrumental in him being an impactful sub. Apart from his finishing Forss is excellent on the counterattack. His speed and movement create spaces when hitting the opposition on the break.

He is far from just a penalty box poacher. Combining his movement, awareness, speed, and ability to create spaces with his movement off the ball Forss is versatile as well as lethal in attack.

IMPROVEMENT AND WHERE NEXT?

Despite the majority of his appearances coming as a substitute, Forss has been linked with a move to the Bundesliga, with both Dortmund and Union Berlin tracking the player. However, if he is to move to the next step in his career he will have to improve certain aspects of his game.

The forward will have to improve on his influence in possession and also his involvement in aerial duels. His numbers in terms of touches in the box fell well short off the top strikers in the league this season.

Brentford’s identity is its possession play, hence Forss will have to improve this aspect of his game and contribute more on the ball as he does off it. The Finnish striker has also been noted for his lack of involvement in aerial duels, challenging for the second and third balls. Despite possessing the height and physical structure to go up for challenges, Forss has been sluggish in the area.

Hailing from the lesser-known country of Finland, at 21 Forss is already beginning to make a mark on the European stage. The improvement over the years has followed a graphical trajectory. His inclusion in the Finland squad for the Euros is further testament to the meteoric rise of the forward.

Alongside Teemu Pukki, manager Markuu Kanerva will look to him to lead Finland’s charge. Drawn alongside number one ranked Belgium, Russia and Denmark, Forss could be the surprise fox that the manager will look to unleash.