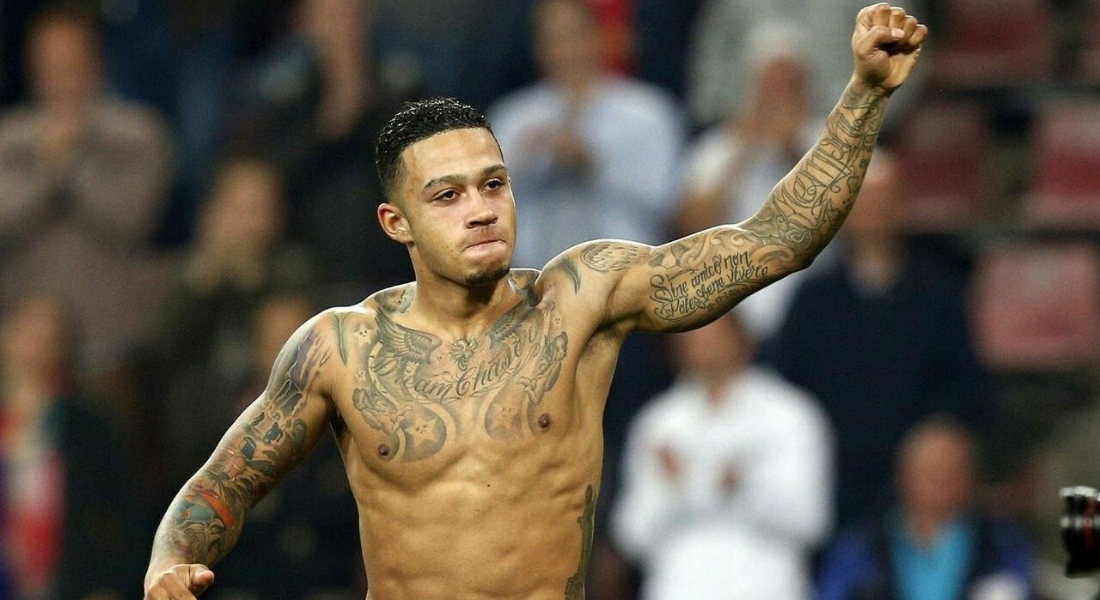 Coming out of the holiday break, Olympique Lyonnais find themselves atop Ligue 1 after
coming off a 3-0 home victory against 16th placed Nantes. Lyon has made a strong case to be
considered title favorites, having their star-man Memphis Depay to thank for a majority of the
club’s recent successes.

Memphis has excelled in the center-forward position under his manager Rudi Garcia, a
departure from the traditional inverted winger role he’s played in for most of his career. He’s
scored 8 goals and provided 4 assists in 17 matches, averaging 2.4 key passes per game, the
highest average in the league. He is tied with Marseille’s Florian Thauvin and PSG’s Ángel di
María for the most big chances created with 10, demonstrating his invaluable role in Lyon’s
buildup play.

However, speculation over Depay’s future continues to loom over the French outfit, with
rumors swirling over a preferred move to a larger club like Barcelona popping in and out of the
papers. It’s been expressed by sporting director Juninho that “key players…are not going to be
moved” in January, as the side looks to maintain their position atop the table and push for the
title in the closing months. This could potentially set up a path for Memphis to leave once the
2020/21 campaign is done and dusted, as he’s expressed interest in leaving in the past. If the
Dutch forward were to take the highroad and depart for Spain in the summer, it could have a
serious impact on the club’s success in attack.

The following players are some options that Les Gones could consider as valuable and
worthwhile replacements to sign in the upcoming transfer windows:

What he brings: After having only arrived in July from São Paolo, Ajax winger Antony is
already staking his claim as one of the best young prospects in all of Europe.

The Brazilian has played in 13 Eredivisie matches so far, scoring 6 goals, leading the Eredivisie
in assists (7), and creating the most big chances (8) of any player. Antony is also in the top 15 in
the league’s rankings for successful dribbles per match (1.8) and in key passes per match (1.8).
He plays with flair and is very good on the ball, usually cutting in from the right on his stronger
left foot to open up space for a pass or a shot. One of his best skills is his crossing, with which
he’s utilized heavily to contribute to Ajax’s scoring chances this season. Out of the average
number of crosses he attempts per game (3.4), he’s averaging 0.8 key passes from crosses each
match, showing how accurate and efficient he is at delivering balls into the forwards.

Antony possesses a strong defensive workrate as well, sitting 8th in the Eredivisie for most
possessions won in the final third of the pitch (13). This proves that he’s relentless in the press,
willing and ready to win back the ball for his squad.

How he fits: If you put a player on the right side with such creative prowess and task him to feed
balls into a scrappy and rugged finisher like Karl Toko Ekambi, the results will be fruitful.
Driving in from the left wing and looking for balls to be fed into the box, Toko Ekambi would
greatly benefit from Antony’s in-swinging crosses into the middle. His creative dribbling and
speed would open up opportunities for him to send low balls into the box along the byline as
well, which could make him a powerful focal point on the offensive.

Drawbacks: The biggest risk in signing him is that he’s still only 20 years of age and has yet to
prove himself in Europe’s top leagues. His price tag might also prove to be a hefty one,
especially if his form continues through the second half of the season.

Takeaway: Antony is one for the future. He would make up for the creativity lost with the
departure of Memphis and would add a new dynamic to the forward line, using his dribbling and
crossing ability to create opportunities for the Lyon forwards.

What he brings: Playing some of his best football this season, the 25 year old Belgian winger
could add a quick and direct style to Lyon’s attack.

In the Jupiler Pro League he’s featured in 14 matches for KRC Genk, scoring 11 goals and
providing 1 assist. He’s 3rd in the league for shots on target per game (1.6), 9th in successful
dribbles per match (1.7), and is rated the best performer in the league by both FotMob and
WhoScored.com.

He’s a pacey, goal scoring winger who has the ability to both create for himself and finish
chances off balls fed into the box. He utilizes his dribbling and natural speed to get through the
defense, rounding it off with precise and accurate finishing. His movement off the ball is also
quite versatile, roaming along the forward and interchanging with fellow forwards Paul Onuachu
and Junya Ito, which makes it difficult for the opposition defense to track and effectively mark
him.

How he fits: He could cause problems in Ligue 1, plain and simple. His ability to attack the
space and create off the dribble will make the Lyon attack an effective one if the club were to
sign him. Because of his positioning and his effective goal scoring, he would thrive with service
coming in from the likes of Aouar and Paquetá. Interchanging in the frontline between
Kadewere, Toko Ekambi, and Bongonda would confuse defenses and enhance attacking
buildups.

Drawbacks: Unlike Memphis, Bongonda is less of a creator. He works well with his teammates
but isn’t as keen to look for a pass as the Dutchman is. The Jupiler Pro League is also a
significant step down from Ligue 1 football, which could lead Bongonda to struggle if he were to
make the switch.

Takeaway: Theo Bongonda’s performances this season for Genk have been productive and
consistent, showing out every time he steps on the pitch. He could provide attacking versatility
and a legitimate goal-scoring threat consistently at a smaller price tag. Lyon would probably
need to give Bongonda time to adapt however, seeing that he’s coming from a less competitive
division.

What he brings: As a technical and creative force, Vlasic is currently lighting up the Russian
Premier League and could find great success if a switch to France ever comes to fruition.

The Croatian international is one of the most in-form players in the competition, having scored 8
goals and provided 5 assists in 17 matches. He’s first in Russia for shots on target per match
(1.9), key passes per match (3.1), and possessions won in the final third of the pitch (15). He’s
also third in the league for big chances created (6).

Operating as an attacking midfielder for CSKA Moscow, Vlasic tends to drive forward with the
ball from deep lying areas of the pitch or looks for passes in, around, and from outside the box to
combine and create scoring chances. He has really sharp dribbling and ball control abilities,
giving him the freedom to roam and rely on his technicality to initiate attacks. He also has a
thumping shot, which is seen in his long range ability as well as his free kicks. His workrate in
the press makes him an effective ball winner in the final third, which is always a standout quality
for an attacking player to possess.

How he fits: Rudi Garcia could play him in the false 9 role that Memphis has been deployed in
all season. For Moscow, Vlasic has popped up in similar areas of the field to receive passes,
dribble, and shoot. This could be valuable for Lyon, who’re thriving with the use of this player
role in their tactical setup.

Drawbacks: A concern for Rudi Garcia would be whether or not Vlasic can be as effective if
he’s placed higher up the pitch and not behind a center forward in support. Whether or not he’d
be able to adapt to stiffer competition in Ligue 1 is also yet to be seen. His current market value
is listed at $33M, which could prove costly if his form were to continue improving.

Takeaway: Of the three players listed, Vlasic is the most tactically suitable for Lyon. He creates
and operates in similar positions to the Dutchman, meaning that acquiring him would make it
seem as if Memphis had never even gone. His value could present financial issues, but if signed,
would be worth the splash of cash.