Messi And Mbappe Will Not Sign For Manchester City! 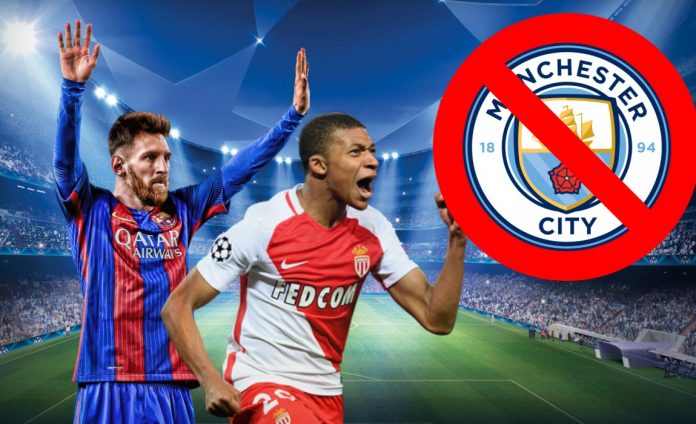 Manchester City have admitted defeat in the £138m chase of Kylian Mbappe.

The Premier League club have been tracking the 18-year-old Monaco forward along with Paris Saint-Germain and Real Madrid.

Begiristain told The Sun: ‘We are out of the race – it is impossible to do it with the time remaining.

‘It will not happen, it is impossible.’

Begiristain also ruled out a move for Lionel Messi, whose contract at Barca runs out at the end of this season.

Monaco are ready to sell Mbappe to Ligue 1 rivals Paris Saint-Germain in a deal that will cost the capital club £138million, plus one of their players.

According to reports in France, the 18-year-old will swap the south of France for the north, with Angel Di Maria and Julian Draxler both candidates to move in the opposite direction.

The teenager’s future has been the topic of intense speculation throughout the summer, with several clubs reportedly courting him over the past months, including Real Madrid and Barcelona.

However, it appears he is now set to stay in France and join Neymar in a new look frontline in Paris.

Mbappe’s signature would see PSG’s current crop of stars sink further down the pecking order at the Parc des Princes, and it is thought a number of them are free to leave.

German international Draxler has already been told he is surplus to requirements despite only joining the club in January, and Di Maria could also be set to leave to make way for Mbappe.