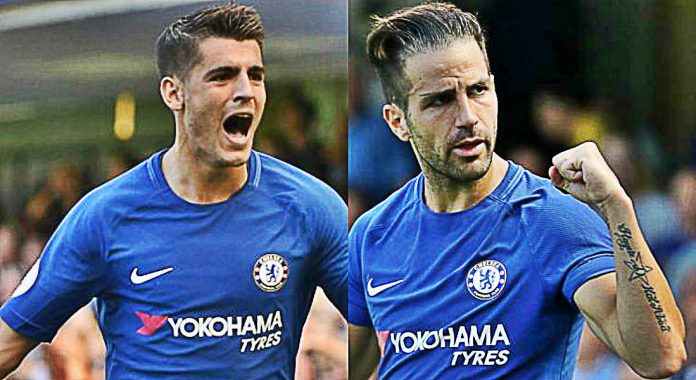 Alvaro Morata has branded defenders violent and tactically naïve as he delivered a damning verdict on the standard of the Premier League.

The Chelsea striker has made a strong start since his £60million arrival from Real Madrid this summer.

He has so far netted twice for Antonio Conte’s Blues as he appears to have quickly settled in West London.

The 24-year-old struck in the Blues’ 2-3 opening day loss to Burnley, and was on target again as they beat Everton 2-0.

But the Spanish international has revealed his surprise at the physical nature of the game in England compared to La Liga.

Morata said: “I am happy at Chelsea, but it is a new club and a new culture for me to get used to.  I’ve scored two goals and set up two more in as many games.

“Everything is starting to fall into place, but I have not yet adapted to the style of play.  I don’t know any of my team-mates beyond my fellow Spaniards.

“Chelsea play an Italian style of football, and I have to adapt to their tactics.  As the main striker I always have to be a target for my team-mates.

“I have to battle with opposing central defenders, and over here they are far stronger physically than in any other country.

“But it is fair to say that they are in a mess with their tactics – and they offer me the chance to score goals as they get confused.

“The game here is different to what I know.  In Spain you have time to think and keep hold of the ball.

“But over here, by the time you’ve got possession you’ve already taken a couple of kicks from opponents.

“In Spain when you turn with the ball you have time to look up at the keeper and see where to aim.  Here you just have to shoot straight away.

“But this helps make the Premier League attractive to watch.”

Morata, who could start for Spain against Italy on Saturday, added: “Chelsea have made a huge financial effort to sign me.  Antonio Conte, the club and the fans all back me to the end.

“I have to make a big impression for them.  All I want to prove my worth is the chance to play in five consecutive games.

“I was never able to do this at Real Madrid.”