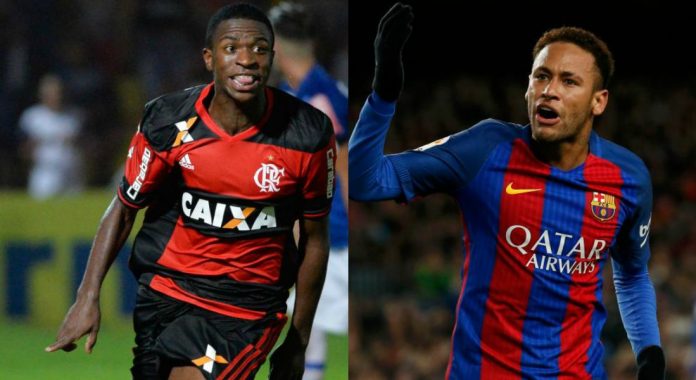 Real Madrid have now outplayed Barcelona in the race to sign 16-year-old Brazilian wonder-kid Vinicius Junior from Flamengo on a deal that will go through in July 2018. 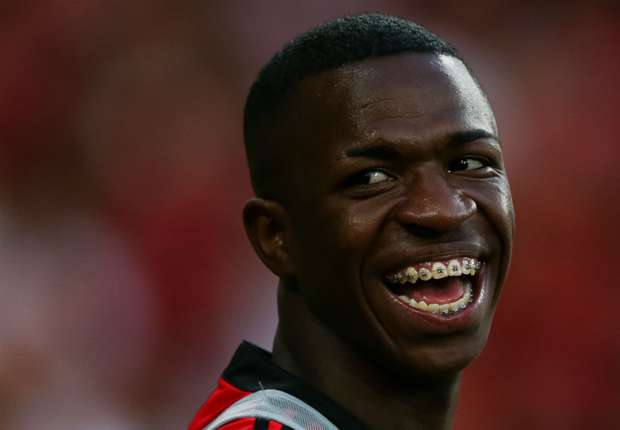 Vinicius can only join La Liga champions Real Madrid after his 18th birthday next year. However, according to reports, Real Madrid bosses want the Brazilian teen sensation to stay at Flamengo until July 2019.

Foottheball sources have revealed the Spanish giants completed the deal for a transfer fee of €45million. The talented teenager has proved his mettle in the youth circuit for his country – becoming the top scorer with seven goals to his name as Brazil won the South American Under-17 Championship in March.

Real Madrid bosses monitored his sublime form and showed genuine interest in the Brazilian wonder-kid, who just earned his debut for Flamengo in their 1-1 draw with Atletico Mineiro on May 13.

Pundits have heaped praise on his game style and he has been often touted as the next-Neymar.

The Brazilian penned a new deal with the Rio de Janeiro giants last week that saw a huge hike in his wage packet and increased his buy-out clause from €30m to €45m.

Foottheball sources reveal that Real Madrid will pay Flamengo an initial €30m up front and the remaining €15m when the transfer move is completed in 2018. Vinicius is now set to earn a salary of €7.5m a year – which is a bit lower than the €9m offered by Barcelona, who were also desperate to rope him in.

Vinicius had gone as far as to visit the Catalans’ training ground, but Madrid finally won the race and he will arrive at Santiago Bernabeu once he turns 18 next year.