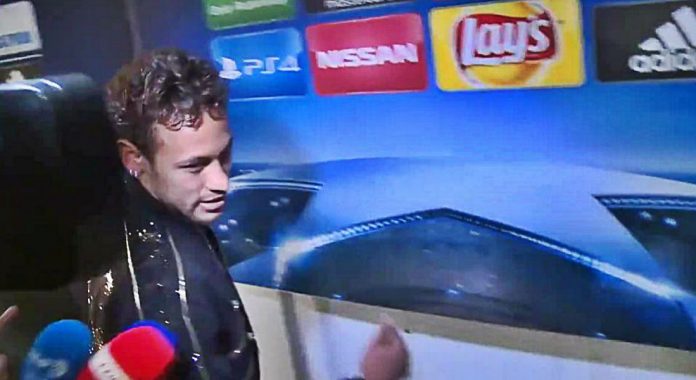 Paris Siant-Germain superstar Neymar stormed out when asked about rumours linking him with a move to Real Madrid.

But already rumours have linked him with a move to Real Madrid, who reportedly want to rope him in as a long-term replacement for Cristiano Ronaldo, who will turn 33 in February and is struggling to find form in the La Liga.

The Real Madrid transfer talk did not go down well with the Brazilian, who quickly turned his back on reporters and walked away following his incredible brace in PSG’s 7-1 win over Celtic in the Champions League.

Neymar has displayed incredible form this season – with 13 goals and 10 assists to his name in 14 appearances for PSG.

And it is understood that he will stay at PSG and is eying to win silverware in his debut season in France.

According to Spanish news outlet Mundo Deportivo, sources in Paris havd revealed that Perez and Neymar Sr have spoken about a possible transfer involving the Brazilian.