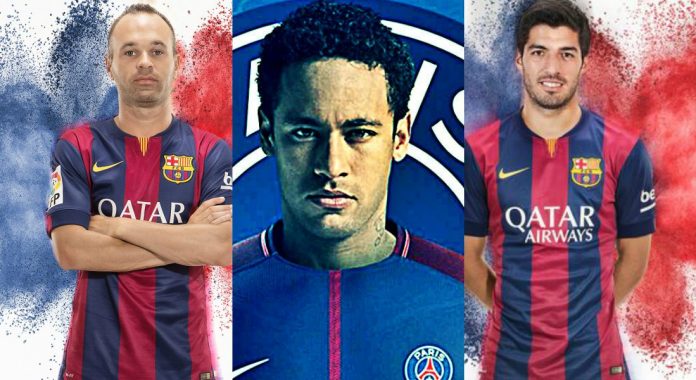 Barcelona legend Andres Iniesta wants the Neymar transfer saga to come to an end and has asked the Brazilian star to speak up whether he is staying or leaving.

Iniesta referred to reports linking Neymar to a world record move to PSG as “noise” and claimed that everyone wants the transfer saga to end, but insisted that only the Brazilian forward can make it possible.

Ahead of Saturday’s El Clasico in Miami, Iniesta said: “We would all like this to be different. But the only way is for Ney to speak out.”

“We want him to stay with us, but we also want this noise to be cleared up, whether it is for the player himself or for the club. Restoring the peace would be to everyone’s benefit.”

Iniesta also accentuated that no amount of cash can compensate the departure of Neymar, who is  at the peak of his career.

The Spaniard said: “[Neymar] is one of the best players in the world and he is giving us so much. I hope he will be at Barca for a long time, it is my only wish.”

“I cannot see how 200 or 300 million would benefit the team more than having him. I want the best in my team and he is one of the best.”

However, Iniesta said that the bust-up was just something that happens from time to time at training.

He added: “It is a situation that forms part of training. It is not usual, but it does happen.”

The Uruguayan said: “The quicker it is cleared up the better for Ney and the club. The time will come for him to give his explanations.”

“It will be a pity if he leaves Barcelona.”

“If he leaves, it will not change our affection for him. We all want him to stay. He is one of the best three players in the world and we need to enjoy him.”