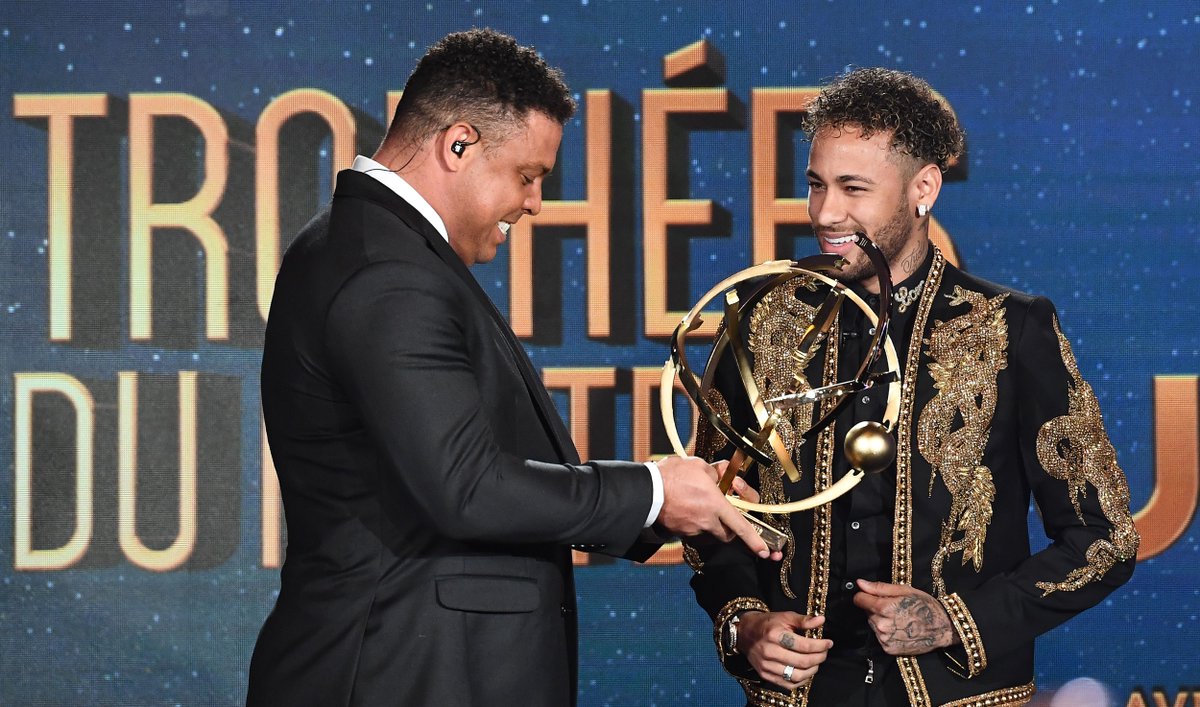 Brazilian star Neymar received acclaim in his debut season in French Ligue 1 as he was crowned Player of the Season by the National Union of Professional Footballers (UNFP) on Sunday.

Neymar, who joined Paris Saint-Germain for a record fee of 222 million euros during the off-season, scored 19 goals, dished out 13 assists and pleased fans with his dazzling skill in his first season on French soil.

He overshadowed striking partners Edinson Cavani and Kylian Mbappe, and Marseille’s Florian Thauvin in the vote to receive the award from fellow Brazilian Ronaldo.

Neymar is close to a return since fracturing the fifth metatarsal in his right foot late in February. That will be undoubtedly a huge boost for Selecao’s bid to the record-extending sixth World Cup in Russia.

The 19-year-old Mbappe once again gave people reasons to closely watch him in the future, as the wonderkid took away the Young Player of the Season for the second straight year, just as he did in Monaco last season.

N’Golo Kante, who played for Premier League side Chelsea, was another one to defend his glory, beating the likes of Karim Benzema, Antoine Griezmann and Samuel Umtiti to bag the Best French Player Playing Abroad award.

After spearheading PSG for a quadruple of domestic titles, Spaniard Unai Emery won the Coach of the Season prior to his expected departure when his contract expires at the end of the season.

PSG’s attacking trio were all selected into Team of the Season, along with teammates Dani Alves, Marquinhos, Thiago Silva and Marco Verratti.

Lyon and Marseille, in contention for next season’s Champions League ticket with one match remaining, had two players apiece in the squad, with Ferland Mendy and Nabil Fekir representing Lyon, while Goalkeeper of the Season Steve Mandanda from Marseille joined Luis Gustavo in the Best Eleven.