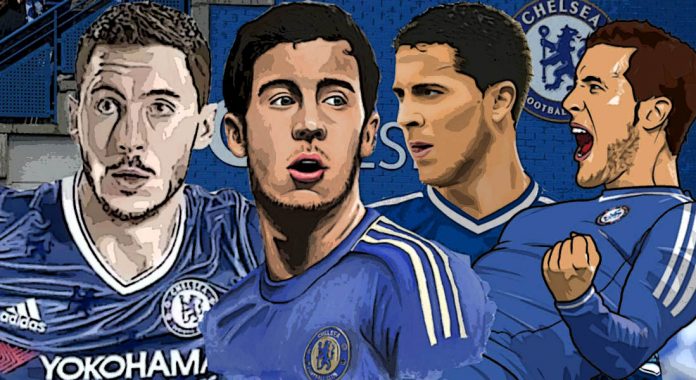 Chelsea star Eden Hazard could be on his way to Real Madrid in the summer if reports coming from Spain are to be believed.

Spanish newspaper Marca has claimed that the Los Blancos have held talks with the Belgian’s agent and that talks have progressed smoothly.

Hazard has been in tremendous form this season after a disastrous last season that saw the Chelsea man go through a 31 game goal drought.

Marca even went ahead to claim that Hazard is learning Spanish, to further solidify their claim.

Real president Florentino Perez has already made public his desire to splash the cash in the summer to bring a superstar to the Santiago Bernabeu, and Eden is his top priority.

Real Madrid have gone two transfer windows without a marquee signing and capturing Eden Hazard could be a major statement by the Spanish giants. 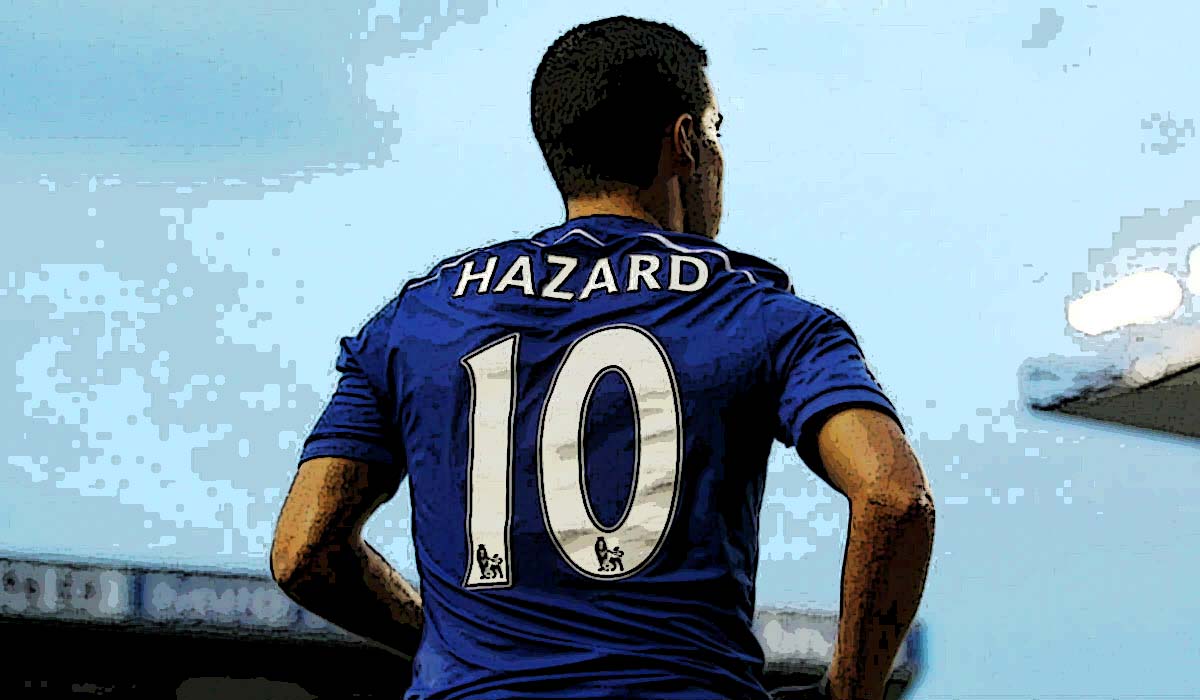 Marca went ahead and claimed that the Blues star is currently earning a whooping £8 million-per-year, which puts him on par with Real’s top earners Cristiano Ronaldo and Gareth Bale.

Marca also claimed that the Galactico’s were interested in signing him last year but he refused to force a move. 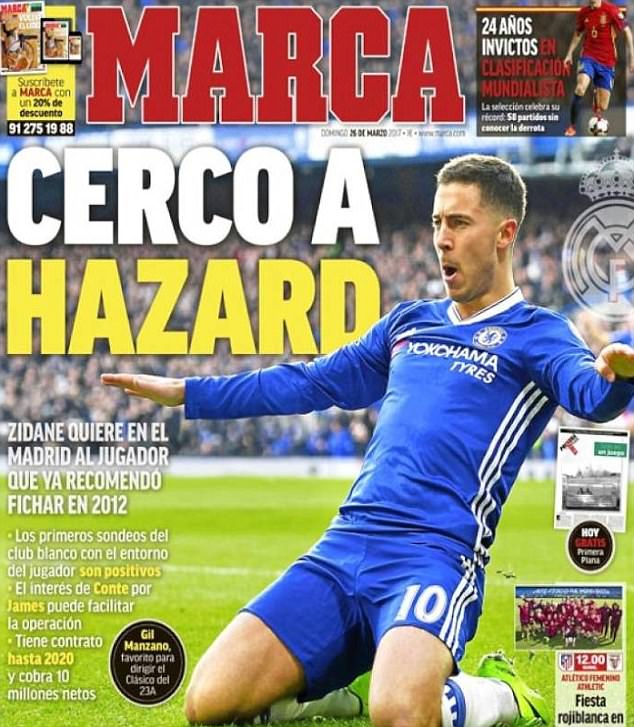 Hazard had claimed that he will not Chelsea untill he had won the league again with the club – what also works in favour of Real is that Blues boss Antonio Conte wants to sign James Rodriguez from the Spanish club.

The Blues superstar would still command a massive transfer fee for his services – having signed for Chelsea for £32 million in 2012.