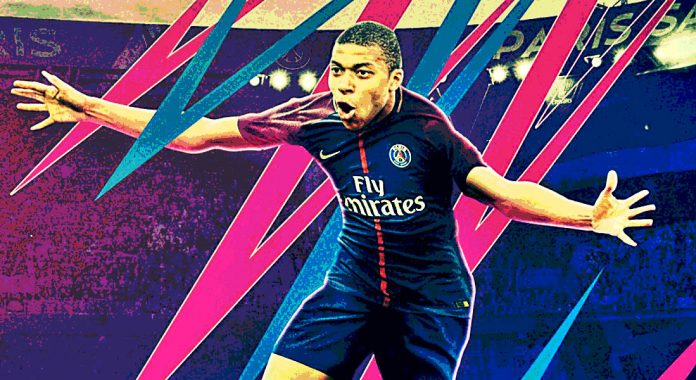 PSG star Kylian Mbappe made it clear that why he did not join Real Madrid back in the summer.

With Gareth Bale’s La Liga career dented by a series of injuries and Cristiano Ronaldo showing signs of ageing, the Los Blancos bosses had identified Mbappe as the perfect signing.

But, the French wonder-kid turned down a move to Real Madrid to join PSG on loan – with the Ligue 1 club having the option to sign him on a permanent deal next summer.

And now the French winger made it clear that he opted to snub Real Madrid because he wanted to make history in his own country.

“[I turned down Real Madrid] because PSG is the team of my city,” Mbappe told MARCA.

“[Joining Real Madrid] would have been like a Real Madrid-supporting kid from Madrid having the chance to play for his team and deciding to go somewhere else, to another country.

“I wanted to play for PSG and I am very happy right now about how things are going.

“There were a lot of rumours about the transfers and it’s true that we spoke, but I think that’s now in the past for me and for Real Madrid.

“I now play for PSG and I will defend these colours 100 percent.”

Mbappe has displayed incredible form since moving to PSG in the summer – with 12 goals and 11 assists to his name so far in all competitions this season.

Real Madrid are set to lock horns with PSG in the last-16 clash of the Champions League in February.

“Yes, yes. We are the two best teams in the world,” Mbappe said.

“Well, Real Madrid are the best team in the world, as they’ve won two consecutive Champions League titles, while we are growing.

“I think it’ll be a great knockout tie and we will go to the Estadio Santiago Bernabeu to qualify.”