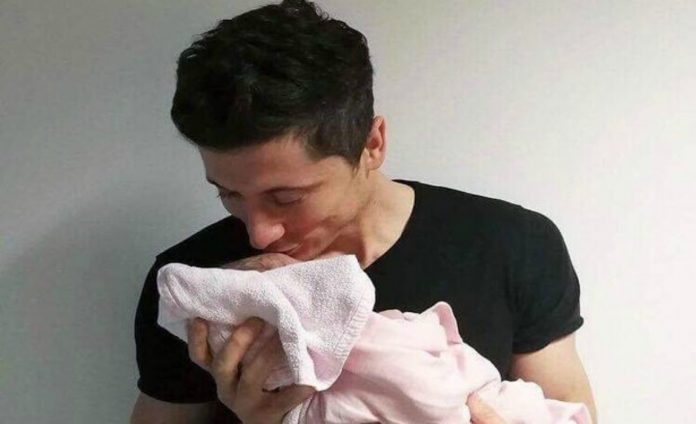 Bayern Munich star Robert Lewandowski celebrates the birth of his first child with his fans with a beautiful picture of himself and his little queen on Instagram. 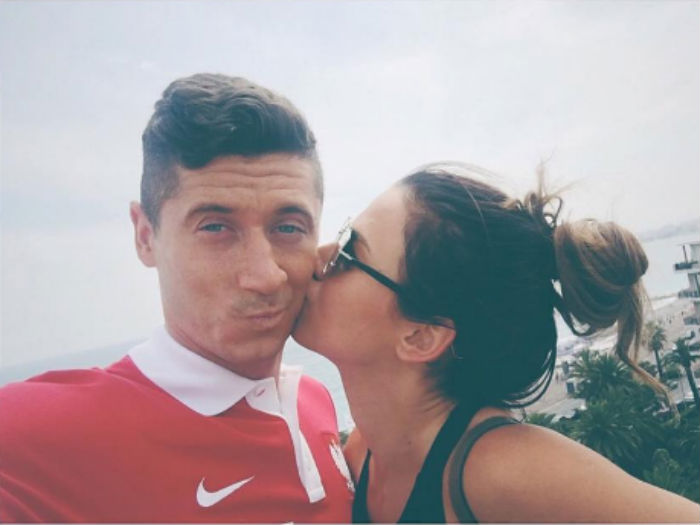 His wife Anna gave birth to their newborn daughter on Thursday and named their baby Klara.

Bayern’s forward shared the good news with his 9.2 million followers on Instagram and captioned the image: “Proud Daddy of Klara. Wonderful feeling.”

He shared the news on twitter as well: “Today we have become parents of Klara! My wife Anna is feeling very well Thank you for all your support!”

Today we have become parents of Klara! My wife Anna is feeling very well ❤ Thank you for all your support!

Bayern Munich congratulated the star on twitter and wrote: “Congratulations, Lewy! We wish you, Anna and baby Klara all the best.”

The star player is celebrating double happiness after he scored twice for Bayern against Wolfsburg in a 6-0 win. Lewandowski has helped Bayern to its fifth consecutive Bundesliga title.

The 28-year-old has scored 49 goals in 49 games in all competitions for club and his country.

There are rumours that the forward player will move to Manchester United and will replace Zlatan Ibrahimovic.