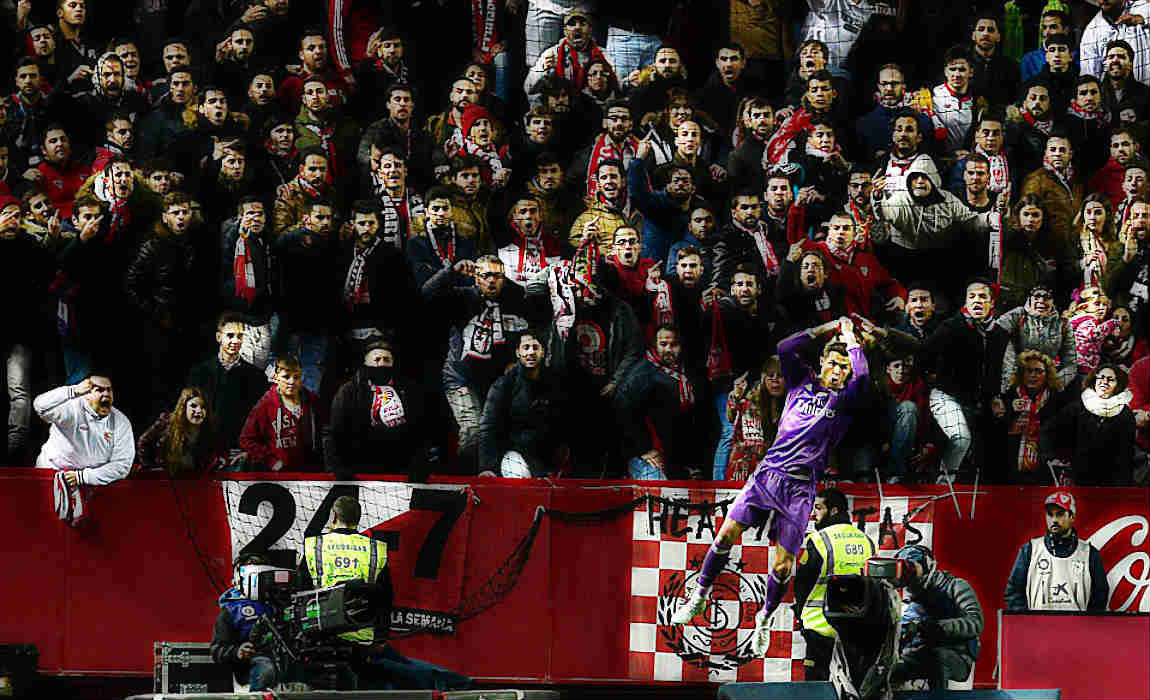 Real Madrid superstar Cristiano Ronaldo has equaled the La Liga record for most penalties scored in the competition’s history.

The Portuguese skipper scored his 56th penalty in Real’s 2-1 loss to Sevilla on Sunday. 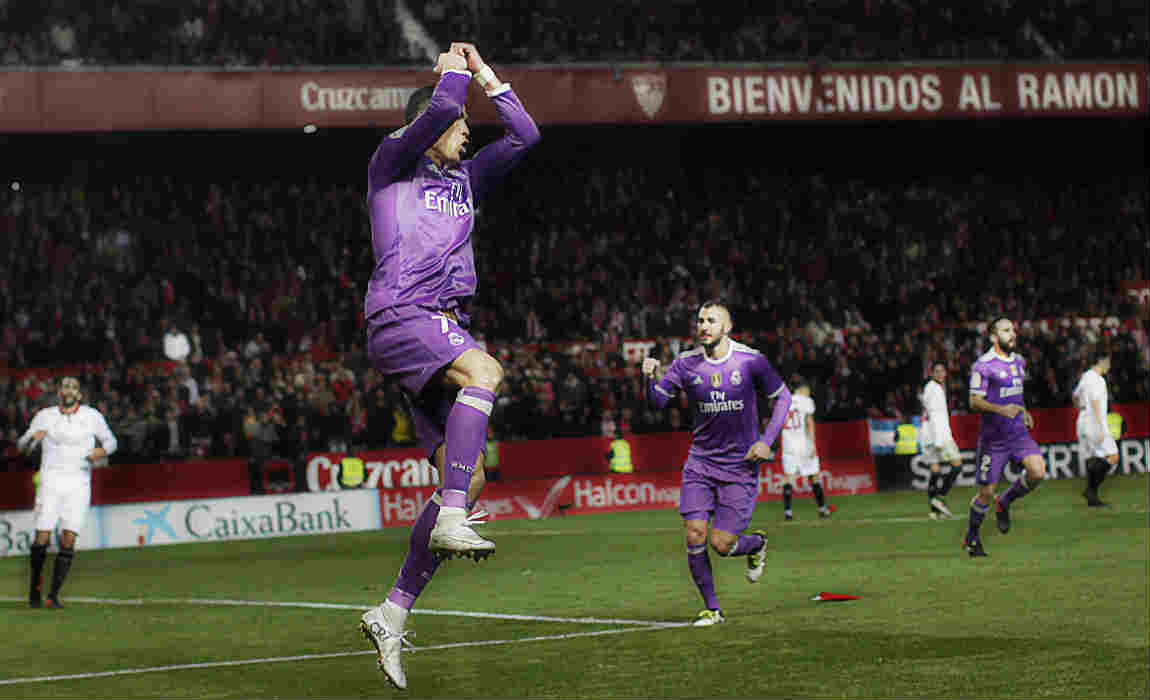 CR7 netted the record-equaling goal in the 67th minute despite Sevilla’s stopper trying his best to play mind-games with the 31-year-old.

The former Manchester United star stayed calm and found the back of the net.

Sevilla goalie Sergio Rico conceded the penalty with a foul on Dani Carvajal and despite Ronaldo scoring from the spot, Real were beaten by the Europa League winners.

Real are currently top of the table in the La Liga, 1 point clear of second placed Sevilla and two points clear of third placed Barcelona, however the Santiago Bernabeu outfit also have a game in hand. 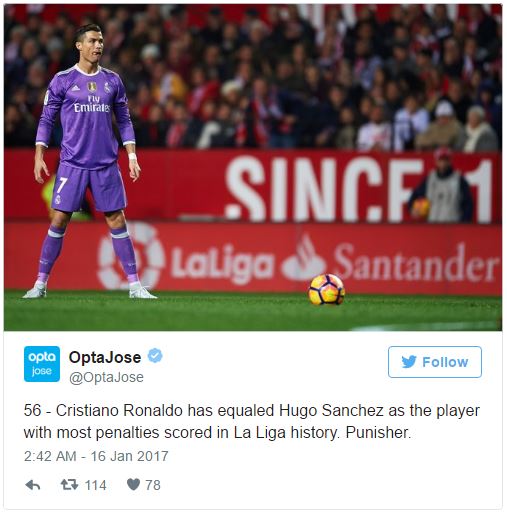