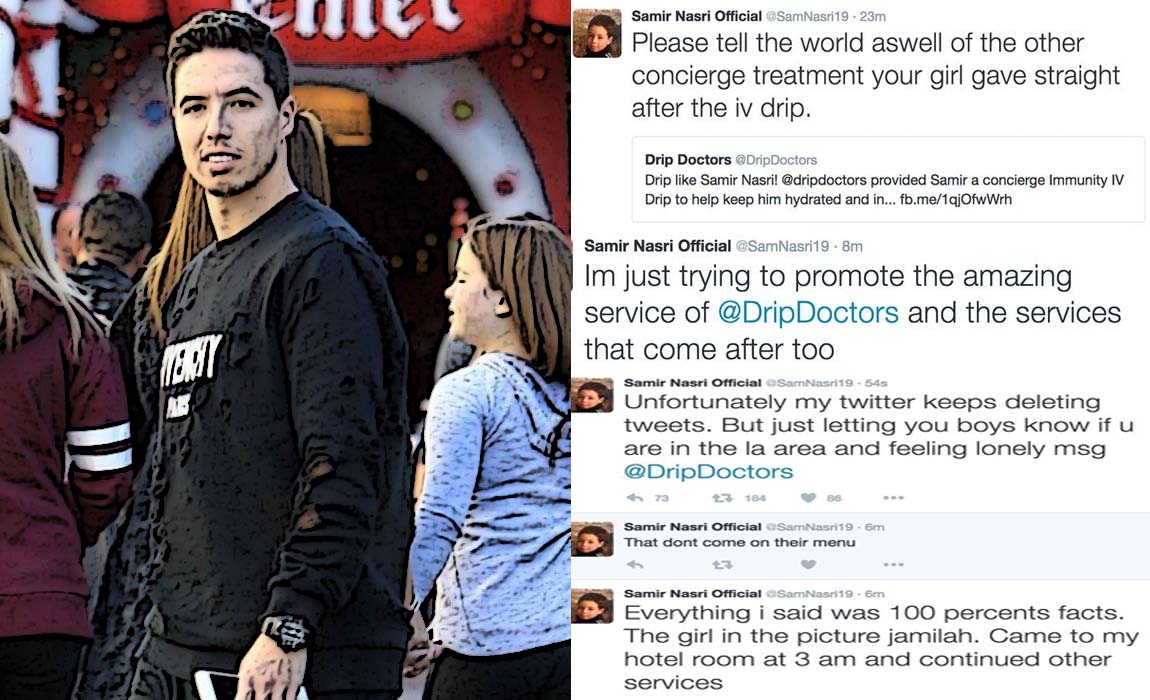 Samir Nasri, who joined La Liga side Sevilla on season-long loan from Manchester City, claimed that his twitter account was hacked after he allegedly flooded tweets about a sexual encounter with a doctor. 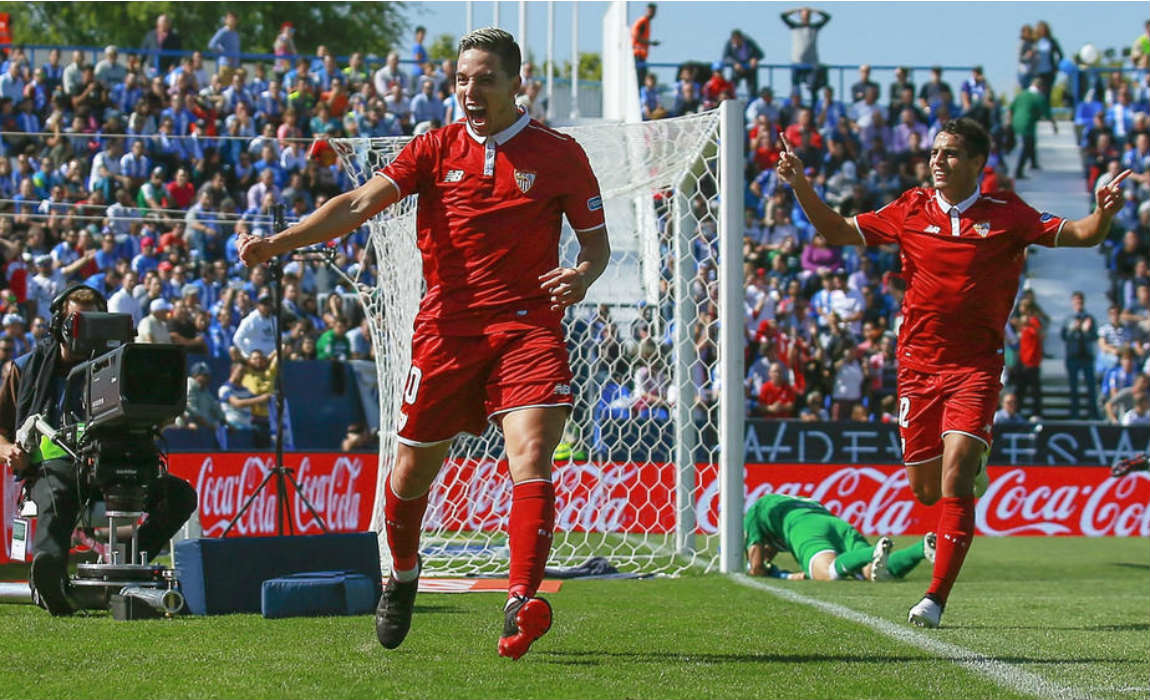 Sevilla star Samir Nasri’s Twitter account posted several tweets claiming that he enjoyed a “full sexual service” from a doctor who visited the midfielder to prove him with an IV drip in bid to keep him hydrated.

It is believed that Samir Nasri was only provided with an IV vitamin drip in order to deliver nutrients to his body directly, bypassing the digestive process – for instant results and to keep him hydrated.

However the situation got worse when Nasri’s account started tweeting claims that the Sevilla star received a health boost along with additional services from the lady doctor.

Nasri’s account tweeted: “U also provided me a full sexual service too right after. So guys make sure you get this service. This w***e comes and f**s the same night.”

“Please tell the world aswell of the other concierge treatment your girl gave straight after the iv drip.”

One of the tweets also mentioned that Nasri’s former girlfriend Anara Atanes had made the booking for the IV vitamin drip. 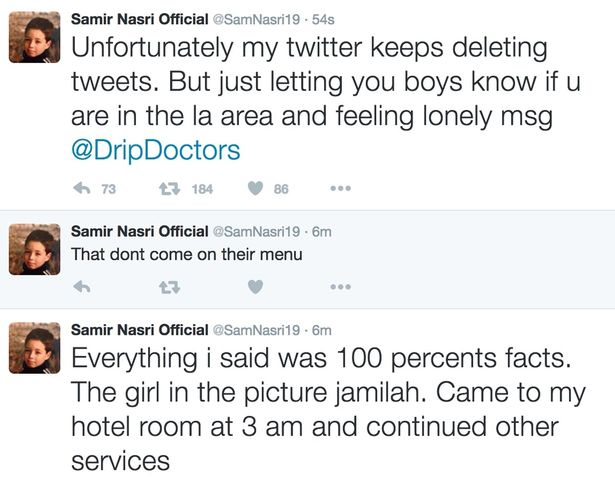 The tweets continued: “Sorry guys i just had to let the world know that my girlfriend anara who was with me at the time had booked this girl to give me an iv drip.”

“On arrival anara had left the room and this girl had asked for my number and to go out with me that night. She then continued to give me… a full service in my hotel room so doubling up her services. Just giving you boys a heads up on this service from @DripDoctors.”

However, the French midfielder soon took to Twitter and rubbished all claims of having a sexual encounter with the doctor. He claimed that his Twitter account was hacked.

He tweeted: “Someone hacked my account and tried to spread rumors which is fake i am sorty for all the ppl involved in that i apologies.”

But later, all the previous tweets about the alleged sexual encounter and even the apology was deleted from his account.

They tweeted: “@SamNasri19 account has been HACKED and the recent tweets about @dripdoctors are all FALSE, this will be confirmed shortly. Thanks.”