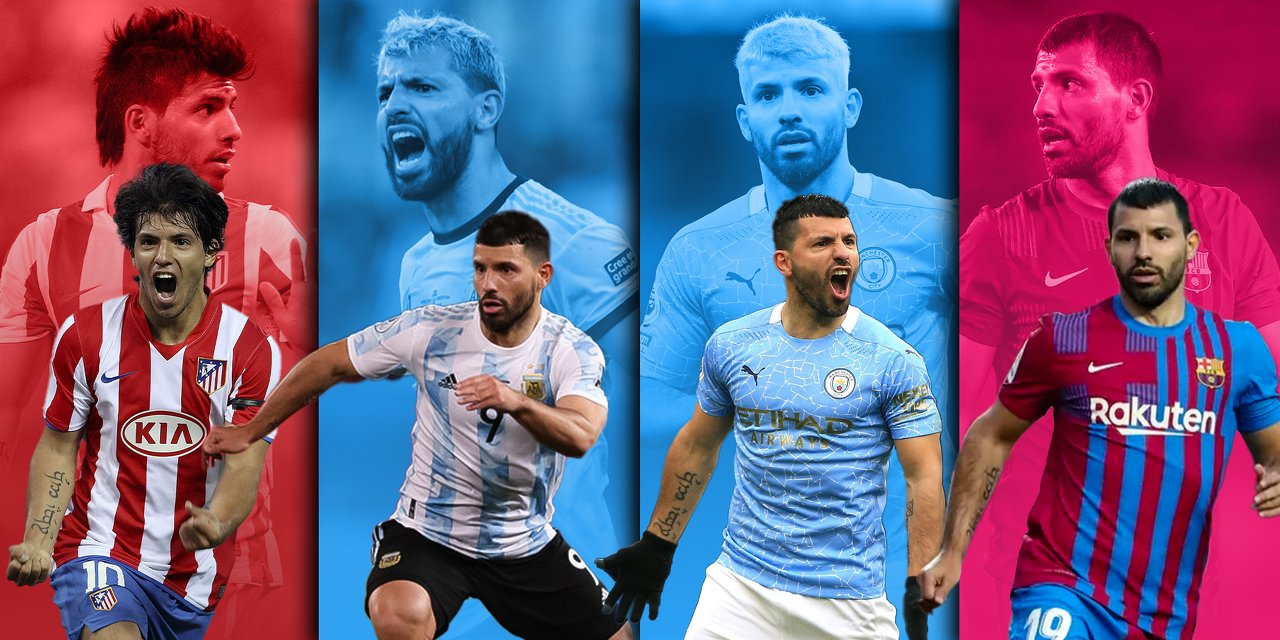 It was a very sad ending for one of the greatest footballing careers of this century, as Argentine superstar Sergio Aguero announced his retirement from professional football. The 33-years-old, who broke several records, and won multiple trophies during his career announced his decision, after being diagnosed with a heart condition.

However, despite a sudden and tragic end to his career, the man from Buenos Aires can be pretty proud of what all he has achieved. Here’s a look at Aguero’s extraordinary stats.

260- The Argentine is the all-time leading goal scorer for English side Manchester City with 260 strikes to his name.

184- Aguero is also the fourth highest goal scorer in the English Premier League (EPL) behind Alan Shearer (270), Wayne Rooney (208), and Andy Cole (187). This also makes him the highest-scoring foreigner in the league.

What a day to break yet another record! 👑

Most @premierleague goals scored for a single club?

21- The number of trophies won by Aguero during his entire career. This includes five Premier League titles, six English League Cup, three English Super Cup, one FA Cup, with Manchester City, one UEFA Europa League, and one UEFA Super Cup with Atletico de Madrid, and two Under-20 World Cup and an Olympic gold medal with Argentina.

15 years 35 days- At this age, Aguero became the youngest player ever to feature in the first division in Argentina when he played for Independiente.

100- The number of goals scored by Aguero for Atletico de Madrid across five years, making him the fourth-highest goal scorer in the club’s history behind Antoine Griezmann (140), Fernando Torres (122), and Jose Eulogio Garate (104).

275- Appearances for Manchester City in the Premier League era, second only to David Silva.

12- Hattricks, The most of any player in the Premier League era.

12 – Sergio Agüero scored 18 hat-tricks in all competitions in his career, with 12 of those coming in the Premier League – a competition record. Recap. pic.twitter.com/XBjgvHnTOV

41- Goals in the Champions League.

5- Consecutive seasons that he scored more than 20 goals.

108- Minutes per goal ratio, the best in the Premier League

2- Times he scored two goals after coming on as a substitute, once in his debut and once in his last match for City.

5- Goals he scored in a single match in the Premier League, a record he shares with Dimitar Berbatov, Jermain Defoe, Allen Shearer, and Andy Cole. However, Aguero achieved this feat while staying in the pitch for only 66 minutes, while the rest played the entire match.

MOMENTS THAT CAN’T BE MEASURED IN STATS

Although his stats are incredible, he also provided in many moments that can’t be measured in numbers. 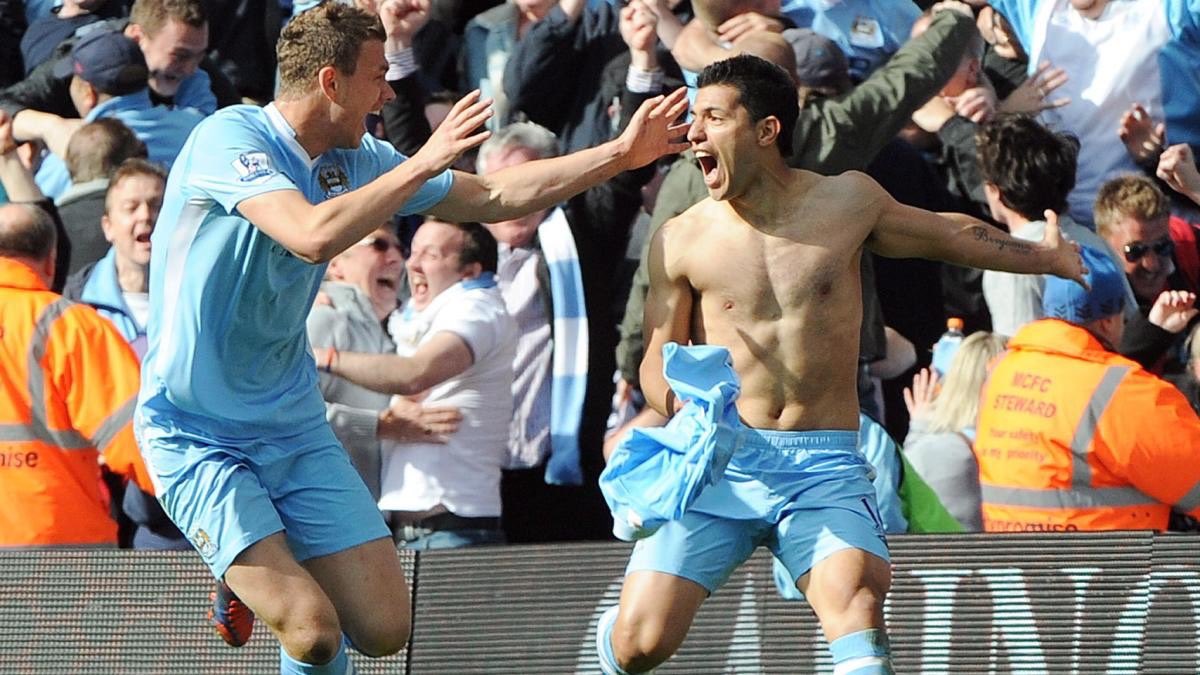 A number that will forever be etched in history It was the moment Aguero became a legend for the club. The match had all the makings of a Hollywood thriller. With City trailing 2-1 at home to ten-man Queens Park Rangers, it looked as if their dominant city neighbours were heading for another title.

Such moments are hard to predict and pick among action-packed games, let alone the final day of the season, however, the free sports picks you can find at TheRX can help you do exactly that, and keep ahead of the bookies.

Edin Dzeko, however, scored from a corner in the injury time. It was still not enough as Manchester United had won away at Sunderland which meant that City had to score.

And then the moment arrived.

Mario Ballotelli passed the ball and Aguero did the rest by slamming the ball into the back of the net. It was one of the craziest ends to a football league season with the title being decided in the final minutes.

It was not merely a goal but proof that City could handle the pressure at the biggest stage and show the character that defines a champion.

Well, you know the rest by now! #mancity pic.twitter.com/318iWkyo75

Big players turn up for the big matches and Aguero was a master of this skill. One of his greatest exploits came against the German giants Bayern Munich in the 2014-15 Champions League. City needed to win against the Barbarians to keep their qualification hopes alive but it was easier said than done.

However, Aguero stepped up to plate scoring all three goals, the last of which came in injury time and helped City qualify for the knockout phase. 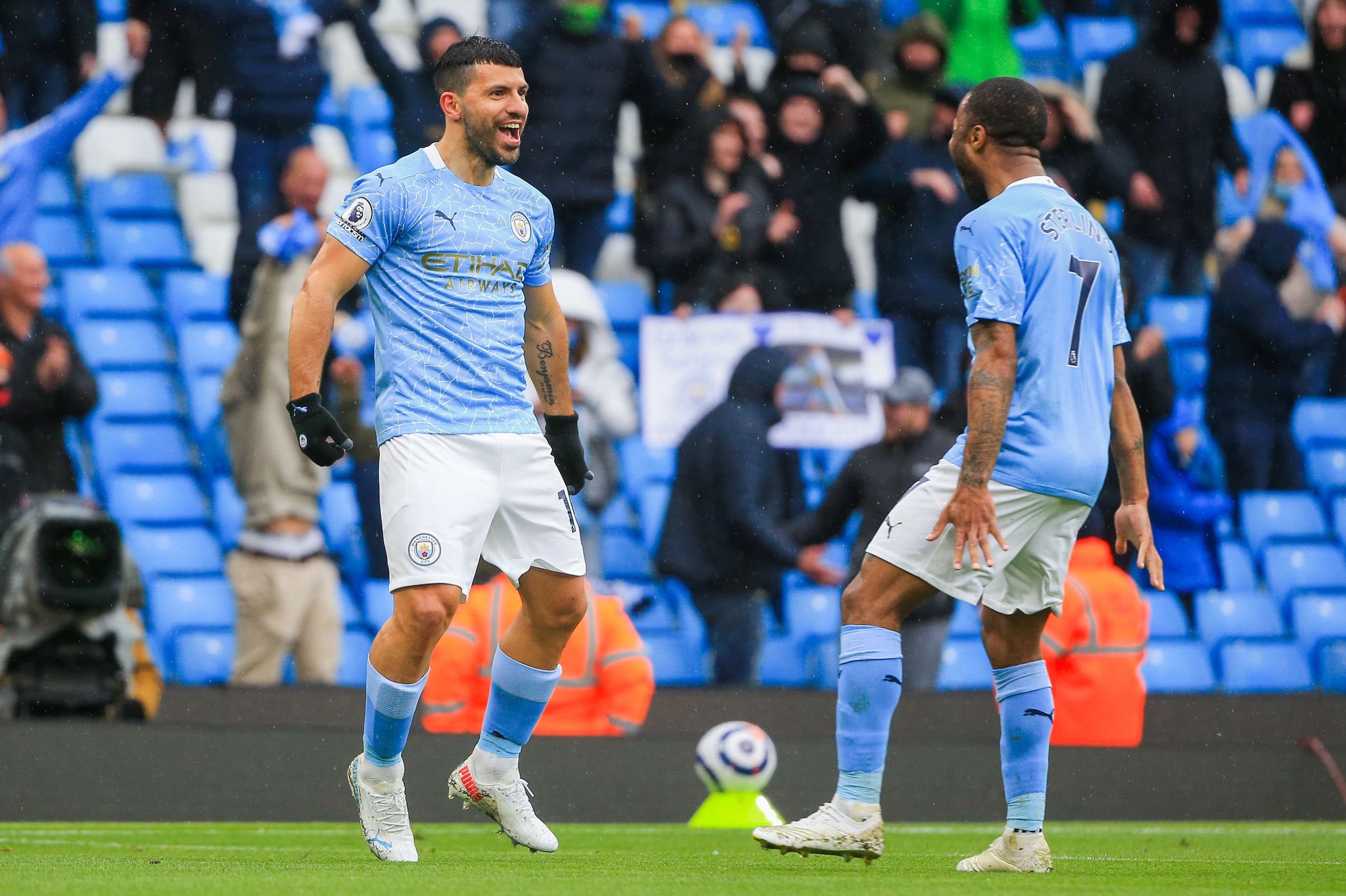 While this was a dead rubber, it would be witness to an iconic goal from the Argentine. United were 15 points ahead of their city neighbours as they welcomed them to Old Trafford.

James Milner opened the scoring for City before Kompany scored an own goal. Aguero would then get the ball from Yaya Toure and would dribble past three players before unleashing a ferocious shot past David de Gea.

City not only salvaged some pride but also proved that their 6-1 win in the same fixture a year before was no fluke. It also gave City a newfound confidence a sort of psychological edge over their rivals whom they have defeated on multiple occasions at Old Trafford ever since.