Arsenal boss Arsene Wenger has admitted that negotiations with Mesut Ozil over a new contract have slowed down, but the Frenchman remains hopeful of tying down the German, who will be a free agent next summer, to a new deal.

Ozil, like team-mate and Man City target Alexis Sanchez has entered the final 12 months of his contract at the Emirates and the former Real Madrid star has been linked with a move away from the Gunners – with Manchester United keen on roping in the German playmaker.

Ozil, who will not feature in Arsenal’s Europa League opener against Cologne on Thursday, is believed to be edging closer to an exit from the North London club, but Wenger is hopeful of tying him down to a new deal. 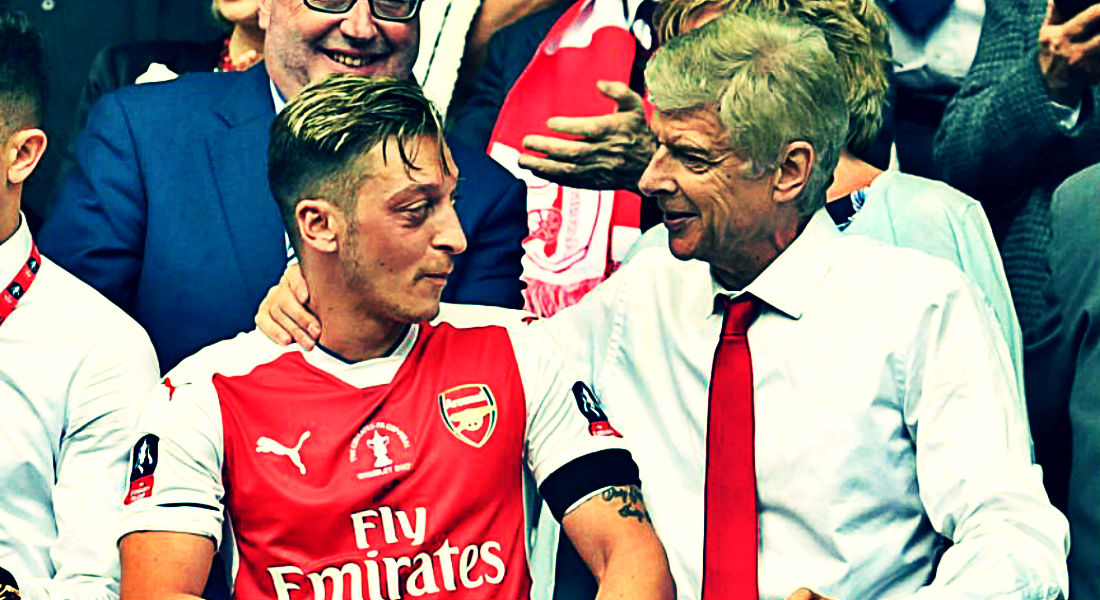 Wenger said: “Of course [I am hopeful].”

“The contract talks have slowed down a little bit since August 31, because we need a little breather and to focus on the competition. But we will slowly get back into that.”

While Arsenal will be without Ozil ahead of their trip to Chelsea, they can now recall Jack Wilshere.

Wilshere was believed to be on one of the English stars but a series of serious injuries dented his career at Arsenal but the midfielder is now set to make his first senior appearance for Arsenal since August 2016, having played for Bournemouth on loan last season.

“You have certainly seen the video of him when we played against Barcelona — his game is about that,” Wenger said.

“That will come back [for him] — it is coming back in training. He is very hungry and sharp. He is not completely at his best, but he is getting there. He enjoys being back and competing for his place and what I see in training is positive.”