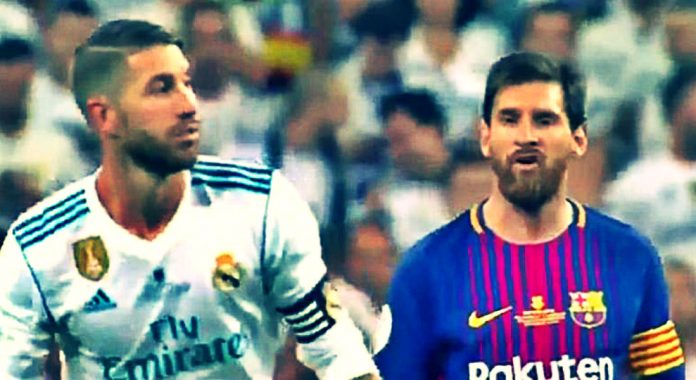 Lionel Messi hit out at Sergio Ramos with a foul-mouthed rant in a heated up clash with the Los Blancos man during Real Madrid’s Super Cup win over arch rivals Barcelona on Wednesday night.

Messi, who was already frustrated, was left fuming when the Los Blancos skipper Ramos stopped the Barcelona legend from taking a quick free-kick.

Ramos quickly picked up the ball, with Messi stretching his hands forward to get it back, and it looked like that the Spaniard was going to hand it back to him.

But the Real Madrid defender instead threw the ball over his head and went back to his position.

And that drew a foul-mouthed response from the five-time Ballon d’Or winner.

It was a rare outburst from Messi, who was left frustrated and heart-broken after his team succumbed to a second El Clasico defeat in a week.