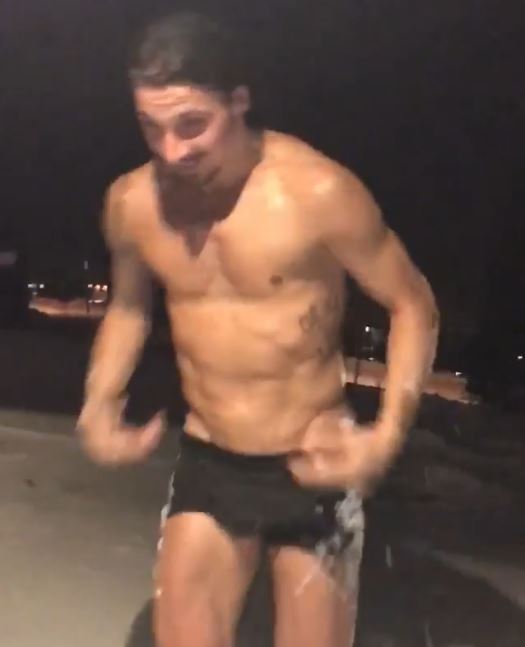 Zlatan Ibrahimovic is not just a player, he is a phenomenon.

The Swedish superstar does everything differently and like to take things to the next level.

So, have you ever wondered how the 35-year-old prepares for Christmas?

Zlatan Ibrahimovic went out in his underwear in ice-cold temperature to make snow angels.

The stunt was performed as a dare, atleast that’s what it looks like from the caption that the Manchester United star posted.

Zlatan has been in crazy form scoring 10 goals in his last 9 appearances.

Check out the hilarious and crazy video.