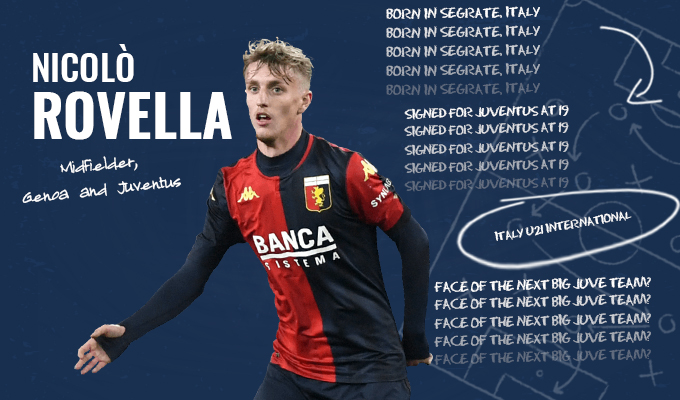 NICOLO ROVELLA: TIRELESS ITALIAN MIDFIELDER BREAKING THROUGH FOR GENOA IN SERIE-A THIS SEASON

Just three years after missing out on the 2018 World Cup, Italy came back strongly this summer to conquer Europe at Wembley. The Azzurri were by far the best team of the competition, powered by young players like Federico Chiesa, Manuel Locatelli and Gigi Donnarumma. If they can replace the defensive wall of Bonnucci and Chiellini ably in the years to come, Italy are set for a period of dominance on the international stage.

One player who could play a key role in furthering said dominance is Nicolo Rovella. The 19-year old is yet to make his senior international debut yet but it is only a matter of time. A deep-lying midfielder, currently plying his trade for Genoa in the Serie A, Rovella is all set for his breakthrough season this year having started the campaign in stellar form.

Rovella is a product of Genoa’s youth academy, breaking through the ranks in 2019 to make his senior debut aged just 18. He had made just 11 appearances for the first team when Juventus decided that they had seen enough and signed the youngster on a three and a half year contract for 18 million Euros in January of this year.

Juventus have completed the signing of Nicolò Rovella, 19 years old midfielder from Genoa/Italy U21 team – one of the best Serie A young talents. He’ll stay at Genoa on loan then he’ll join Juve. Medicals completed today and deal done for €10m. ⚪️⚫️ #Juventus

The Old Lady loaned him back to Genoa for the remainder of the season and extended that loan to the 2021-22 season as well. He has been a shining spot for his side in a poor start with Genoa lying in 16th, just one point out of the relegation zone.

The teenager has also featured for Italy at every youth level from the U17 onwards, and a senior call up could be on the cards soon if he keeps his form up.

Rovella is a combative midfielder, whose primary role is that of a destructor. He is tidy and reliable with the ball but rarely makes the Hollywood pass. His defensive output is exceptional for a player of his age, competing with the best midfielders in the league.

Last season he made 23.20 pressures per 90 minutes, ranking in the 91st percentile for all midfielders in Serie A according to fbref. His work-rate in the first two thirds of the pitch is very good and he sniffs out any move before it becomes dangerous.

A midfielder with excellent awareness and composure who always wants the ball. Clean and crisp passer, sets the tempo, can move play through lines. Tenacious defender in the smaller spaces but needs to fill out. pic.twitter.com/qSZgn0o0tB

He won 2.12 tackles per 90 which could be improved upon and made 1.97 blocks per 90 which is a decent figure. This season, he has ramped up the energy and has 28.36 pressures and 3.09 tackles per 90 to his name, both of which lie well above the 90th percentile for midfielders in the Italian league.

For a player that does most of his work in the defensive and middle thirds, his attacking numbers are not bad, he has 2.55 shot creating actions per 90 and 0.55 goal creating actions. Rovella is yet to score at the senior level and he would want to improve on his attacking output if he is to make the step up to the next level.

Rovella’s stats give only a glimpse into how good he is defensively. One of his most standout skills is to cut off passing lanes and stifle opposition attacks. He can be very useful in a team that is looking to play on the counter-attack, as Genoa do, as he quickly releases the ball to the more creative attacking players after regaining it.

His tactical nous is exceptional for a player of his age and he is technically sound. He can read the game well and is stylistically similar to former Manchester United midfielder Michael Carrick, which is no small compliment.

Rovella’s most outstanding quality is his reliability. Any manager, no matter how expansive, needs players like him in their squad. His work rate is outstanding – only Bryan Cristante has played more minutes and covered more ground than him per 90 in the Serie A this season. 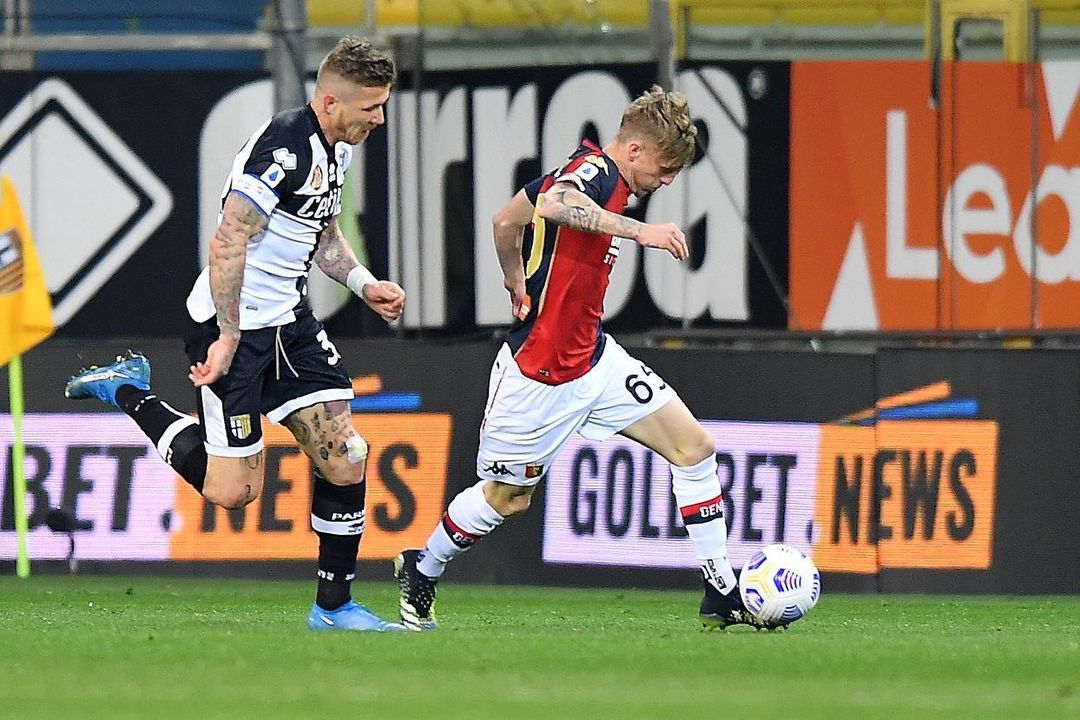 The 19-year old might not be the one who gets people off their feet or grabs headlines but he will get the job done for his side week-in, week-out.

Juventus have already identified Rovella as a part of their rebuild after the ‘failure’ of the Ronaldo experiment. Juve boss Massimiliano Allegri’s second tenure in Turin has not started well with the club mired in midtable and one of their problem areas has been their midfield.

Chiesa, Locatelli and co. might give Juventus the attacking impetus they need but behind them there is still a lack of structure. Rovella might be the solution that Allegri is looking for although he is set for the season out on loan. If Juventus’ struggles continue, a recall might be on the cards in the middle of the season.

#Juventus 2020/21 accounts cover a COVID impacted season when they finished 4th in Serie A, won the Coppa Italia and were eliminated in the Champions League last 16. Head coach Andrea Pirlo was replaced by Massimiliano Allegri after the season ended. Some thoughts follow.

How would Juventus look like with Rovella in the squad next season though? One would expect that he replaces Adrien Rabiot who has not hit the heights that were expected of him when he moved to Italy from PSG. Juventus have looked at their best under Allegri when playing a three man midfield of Bentancur, Rabiot and Locatelli and Rovella replacing Rabiot would return the balance and add more stability to the lineup.

It is no certainty though that Juventus will keep Rovella next season. The Old Lady’s squad management in recent years has been poor and they could potentially let the youngster leave. He could then be an option for other sides in Italy, before a potential big move abroad.

The most worrying thing, aside from the scoreline, is that Juventus have failed to assert themselves or show any sort of character or identity against Spezia – a team that has a Serie B roster.

Rovella would be a good option for AC Milan to replace Frank Kessie or Ismael Bennacer if either of the two decide to move away from San Siro. He would also be appreciated by Jose Mourinho whose Roma side have started well in the league.

A player of Rovella’s quality and consistency is hard to come by and it is only a matter of time before he shines in the spotlight.