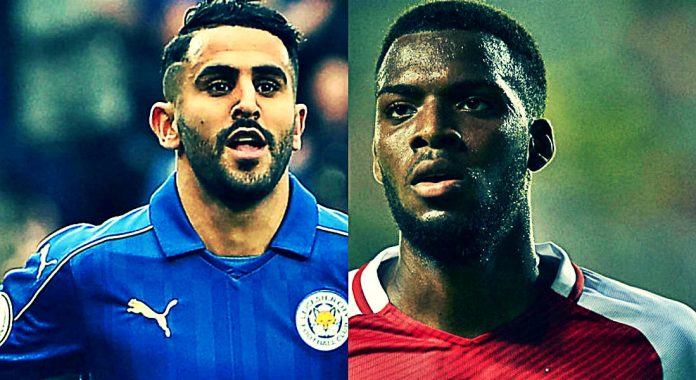 Premier League giants Arsenal could reignite their interest in Leicester City playmaker Riyad Mahrez after Serie A side AS Roma pulled the plug on a move for the Algerian star.

Arsenal are desperate to sign AS Monaco star Thomas Lemar and have identified Mahrez as an back-up option if the move for the French midfielder does not go through.

Roma were in pole position to rope in Mahrez this summer but the Serie A side have now dropped their interest in the Algerian player.

Arsenal are in danger of losing out on Thomas Lemar with reports claiming that the French midfielder would not be allowed to leave Monaco if Kylain Mbappe seals a move away from the Ligue 1 champions this summer.

And Arsenal are now considering a move for long-time target Mahrez as they are not sure whether a deal for Lemar would go through before the summer transfer window closes.

Earlier, Arsene Wenger had spoken about Mahrez in public and had suggested that a move was possible in June.

Wenger had said: “We have not made a bid, but personally, I like the player, yes. I think he made a huge impact when they won the championship.”

“Like at everybody else at Leicester, this season has been more challenging, but it doesn’t take away from his qualities.”

And now FootTheBall sources claim that Arsenal are favourites to rope in Mahrez with Leicester city wanting £50m for the midfielder.

And AS Roma sporting director Monchi has made it clear that the club are now searching for other options.

Monchi told Italian media: “I’m optimistic by nature but the truth is Roma did everything possible to buy the player.”

“He would have been the most expensive player in Roma’s history but up until now we haven’t received any positive feedback from the other side.”

“The offer we made was an important one but the priority isn’t just Mahrez because we’ve done everything necessary – now we’re looking around for other players.”