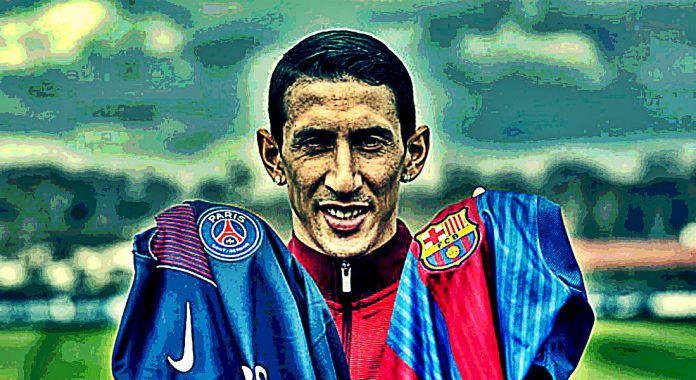 La Liga giants Barcelona are set to rope in Paris Saint-Germain winger Angel Di Maria after having failed to make any progress in their pursuit of Liverpool star Philippe Coutinho and Borussia Dortmund winger Ousmane Dembele.

Neymar’s world-record £198million move to PSG has shocked the club and it was clearly evident during their sloppy performance against Real Madrid in the Spanish Super Cup.

Barca are facing the heat and are searching for an escape route to deal with the loss of Neymar.

They are now looking to deal with PSG again over the transfer of former Real Madrid winger Di Maria.

The Argentine star’s future is under doubt as PSG are closing in on a £160million move for Monaco teenage sensation Kylian Mbappe.

Mbappe’s arrival would see Di Maria losing his place in the starting XI and Barcelon now want to bring him back to Spain.

After suffering a humiliating 5-1 defeat against arch rivals Real Madrid in the Spanish Super Cup, Barca boss Eernesto Valverde needs some big-money signings to turn the tables around.

And Barca’s pre-season crisis continues as following Luis Suarez’s knee injury in the Super Cup defeat to Real Madrid. The Uruguayan forward will be sidelined for four to five weeks.

The Barcelona striker suffered the injury during the Catalan side’s 2-0 loss to Real Madrid in the second leg of their Spanish Super Cup tie at the Bernabeu on Wednesday.

He will also miss Uruguay’s crucial World Cup qualifiers against Argentina and Paraguay due to an injured right knee.