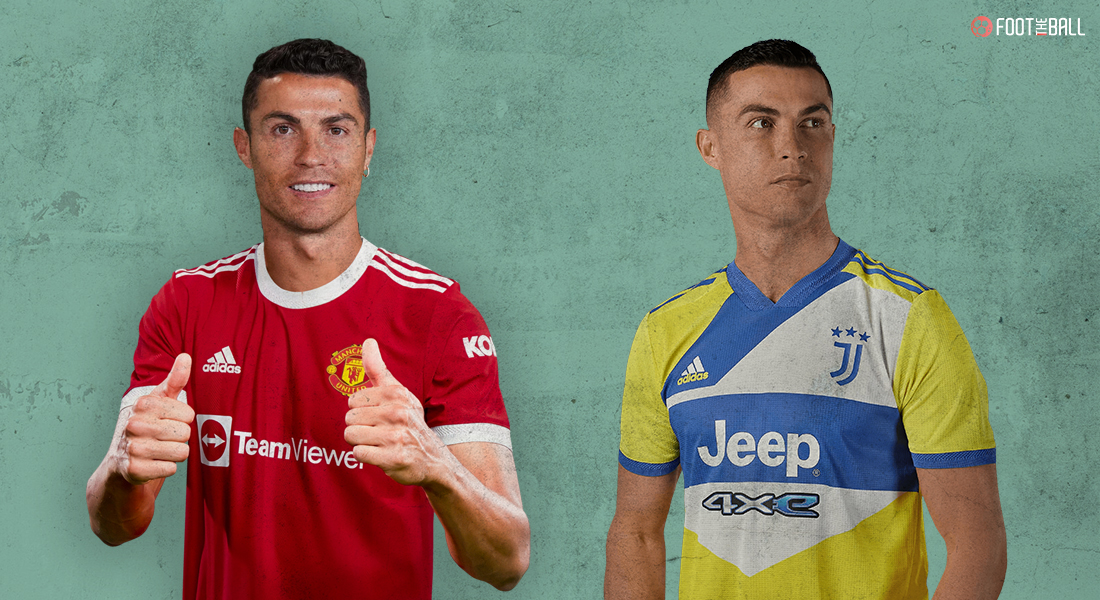 After multiple reports suggested that Ronaldo presented himself to Pep Guardiola’s Manchester City, the spectators at the Theatre were left fuming. But the goalscoring machine’s momentous return means that Ole Gunnar Solskjaer’s Red Devils have enjoyed a majestic summer window.

Many football experts believe that Ronaldo’s quality might have taken a hit since his arrival in Turin. But the statistics prove that the forward has been nothing short of brilliant for the Italians. In the recently concluded European Championship, Cristiano Ronaldo finished as the top-scorer tied with Czech Republic’s Patrik Schick.

With 5 goals besides his name, Ronaldo would have bagged more strikes if Portugal would have stayed in the tournament longer. But with Manchester United capturing Ronaldo’s signatures, we take a look at what the Portuguese would bring to Old Trafford and if he could end United’s silverware drought.

When you prove yourself in three out of the top-4 leagues in Europe, your name and quality don’t need a reminder. But for the English fans who missed watching Ronaldo in the prestigious United jersey, well your wishes have been answered.

When a young electrifying Portuguese winger was signed by United’s former manager Sir Alex Ferguson, everyone wondered how the Sporting Lisbon forward would fare at Old Trafford. But in his fairytale return after a decade and two years, Ronaldo has written a chronicle only a few would be able to replicate.

The 5 time Ballon D’Or winner, 5 time UCL champion, and 3-time Premier League winner bring a pedigree of silverware with himself. And when Ronaldo would arrive goals and assists would follow while Harry Kane would get a tough competition retaining that Golden Boot this season. His tally of 84 Premier League will surely be rocketing sky-high when United’s protagonist prepares for a show at the Theatre.

According to Fabrizio Romano, Manchester United will play Ronaldo’s former team Juventus 15 million euros along with add-ons equalling 8 million euros. Now imagine being a United fan and getting the signature of one of the greatest forwards for just 23 million euros.

First signing Jadon Sancho, then stealing Raphael Varane, and now purchasing Cristiano Ronaldo, United are competing with PSG to earn the tag of ‘Smartest Team in the Transfer Window’. Imagine Cristiano Ronaldo and Edinson Cavani combining at the top for United.

Manchester United will pay €15m with €8m in add-ons as fee to Juventus for Cristiano Ronaldo. Gonna be around €20m guaranteed to Juventus as some add-ons are ‘easy’. 🔴 #MUFC

Paul Pogba has NEVER been discussed as part of the negotiation with Juve. He’s staying.

One of them arrived for free and the other one with a 23 million euro price tag. United’s business strategy has been unreal this summer. And although a young 17-year-old Ronaldo might not have cost an outfit a fortune, the 36-year-old veteran could have easily swept in big bucks in the summer window.

When Ronaldo signed for Juventus, the Italians paid Los Blancos a cheque of almost 100 million euros. So the administration at Manchester must have been happy with Ronaldo’s contract amounting to just 23 million euros.

Other than winning silverware, what would you expect from a player who has won 32 major trophies in his entire tenure as a professional footballer? With Cristiano Ronaldo, the so-called owner of the Champions League arriving at Manchester United, the club’s glory days could officially return. Chelsea was bolstered by Lukaku’s return, and the Red Devils could be in a similar position.

Although Ole Gunnar Solskjaer has done a commendable job after taking on the reins from Jose Mourinho, the Norwegian manager has failed to land trophies at Old Trafford. And one piece that he might have needed to solve his trophy puzzle would be Cristiano Ronaldo.

With 479 club goals, the talismanic striker could lead United’s line bullying the Premier League defenders whenever he’s on the pitch. And while United have a rather easier group in Europe, Ronaldo would be hoping to earn some form going into the Champions League.

A complete centre-forward, Paul Pogba and Bruno Fernandes would be licking their lips whenever they would see the Portuguese darting into the box. In his entire career, Ronaldo has averaged 5.88 shots per 90 minutes and scored most of the time. Ronaldo would march into Solskjaer’s eleven without any doubt. Considering Anthony Martial’s shambolic form for United in recent seasons, the French striker would find himself sitting on the bench throughout the summer.

Another factor is Ronaldo’s arrival puts Cavani’s place in jeopardy, as both of them are poachers hunting for opportunities in front of goal. While something that might suit the Portuguese is his international connection with United sensation Bruno Fernandes.

The midfielder was considered United’s biggest signing in recent years and with him combining with Ronaldo, a deadly Premier League partnership could be on the cards. Ronaldo also has Sancho, Rashford, and Greenwood along with himself in United’s forward battery and the three English youngsters could learn some lessons from one of the world’s best hitman.