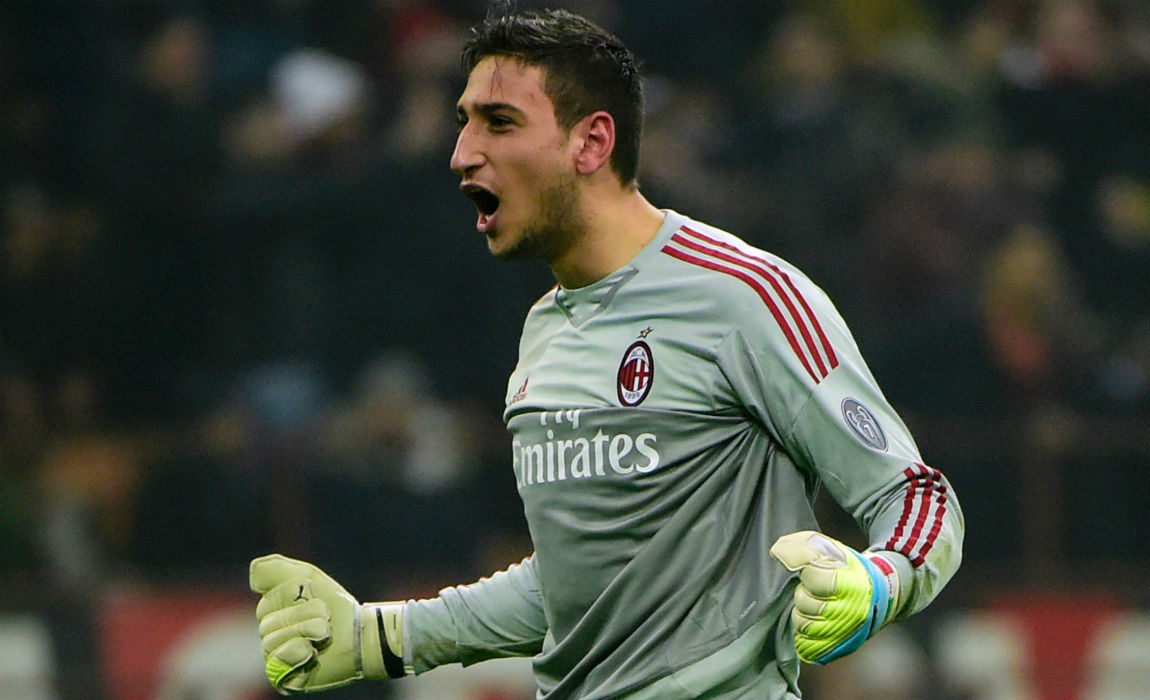 Gianluigi Donnarumma has agreed terms for a new five-year contract at AC Milan worth £5million-a-season.

The 18-year-old goalkeeper will have two buy-out clauses inserted into the deal which depend on Milan qualifying for the Champions League. 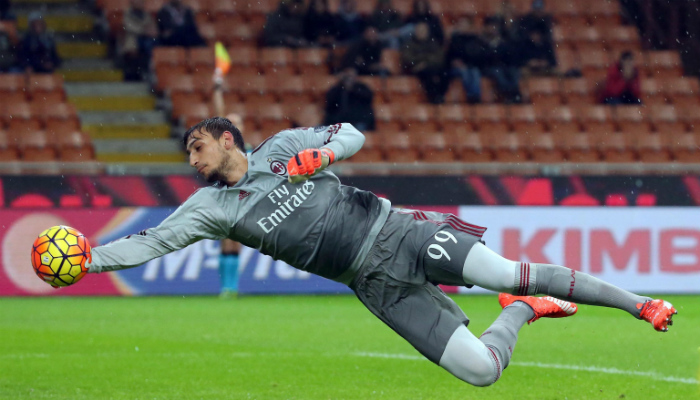 Donnarumma makes a diving save

Donnarumma’s current contract runs until 2018 but his agent Mino Raiola said in June that he would not extend his agreement with Milan, sparking a furious reaction from some of the club’s ardent supporters.

The news alerted Champions League holders Real Madrid, with their president Florentino Perez claiming manager Zinedine Zidane was an admirer of the goalkeeper. 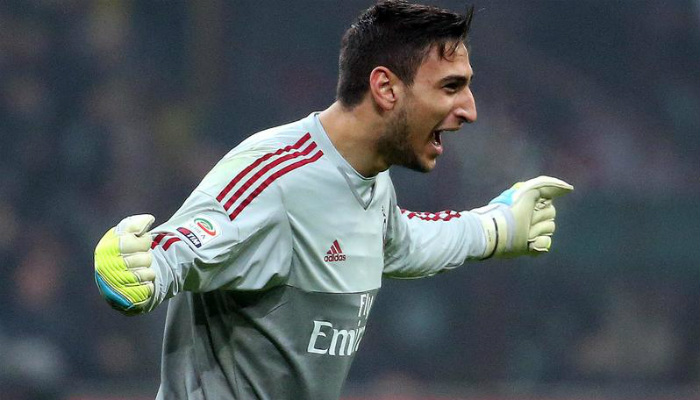 AC Milan fans have some news to rejoice

But Donnarumma has now agreed a contract extension at his boyhood club and could sign it imminently.

He made his Milan debut at 16 and has gone on to make 72 appearances for the Italian giants.