A NEW TONE(Y) AT THE BRIDGE? 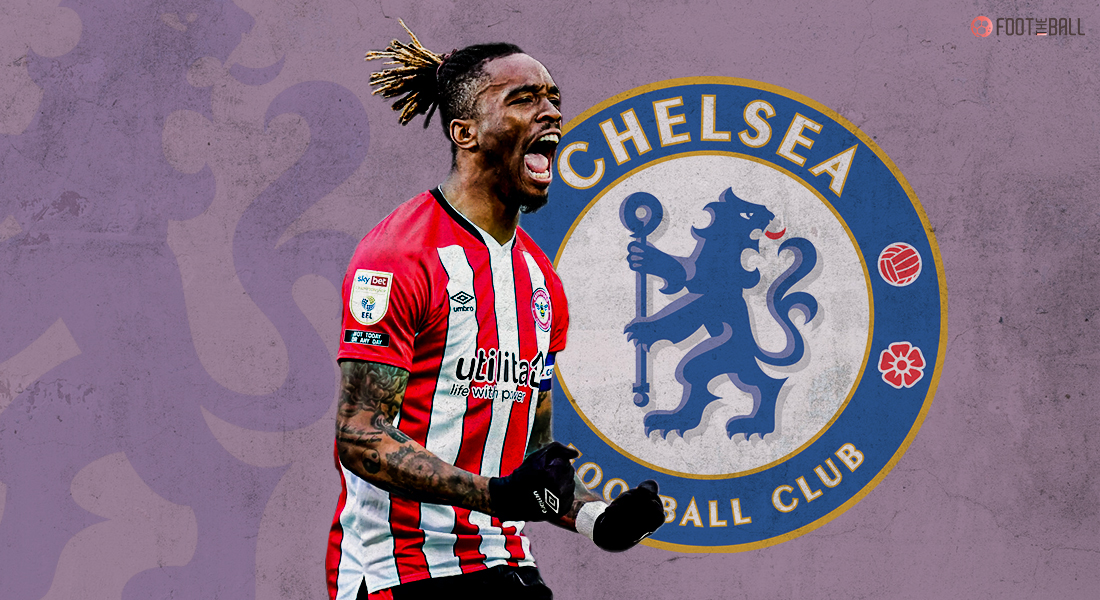 Ivan Toney the Brentford striker, is said to be a target for Chelsea if they fail to land their top target Erling Haaland. Toney has enjoyed incredible success in the Championship with the bees last season. Having led them to the Premier League with his explosive performances he’s on the radar for many Premier League clubs. According to an inside source they Chelsea are watching Toney closely and may pounce for the Englishman.

Buzzing to get this for the second year running , but Ofcourse couldn’t of been done without my team mates so I would like to share this with them and everyone involved at the club that’s helped me achieve this. ⚽️💫 pic.twitter.com/iIHTv2GkRC

Chelsea is a club that never shies away from spending big in the transfer market. They spent close to £250 million in the last window. The Londoners didn’t disappoint on the pitch as they won their second Champions League title with the money spent. Knowing Chelsea’s hunger and the infinite resources of Roman Abramovich, they are willing to spend again.

The striker position is the one they have targeted. Timo Werner was signed from RB Leipzig. The German had a stuttering start to life at Stamford Bridge. Thomas Tuchel might need a lethal finisher than Werner to finish games. Naturally, Erling Haaland, the 20-year-old striking sensation was targeted. Borussia Dortmund may be reluctant to sell their star man. If Chelsea finds it difficult to price him away they do have a plan B in Ivan Toney. Brentford have been a talent hub as they produced explosive strikers like Neal Maupay and Ollie Watkins.

WHAT HAS BEEN SAID?

Ivan Toney was always on Chelsea’s watchlist according to Peterborough Director of Football Barry Fry. Fry was the one who oversaw Toney’s move to the Posh and still is on good terms with Toney. He said, “I know Chelsea are looking at the top range of centre-forwards, but I know they’ve watched him and like him, and if they don’t get A, B, and C, who knows?”

Peterborough Director of Football Barry Fry: “I still think Chelsea are interested in him (Brentford's striker Ivan Toney). I know Chelsea are looking at the top range of centre-forwards, but I know they’ve watched him and like him, and if they don’t get A, B, and C, who knows?” pic.twitter.com/guq3Aw6WoP

Fry holds high regard for Toney and knows that his ex-player can be a top-class striker. He added, “ I expect Ivan to go for £40m, £45m, £50m, but now he’s got them in the Premier League, only the top clubs could afford him.”

Toney himself was thrilled at the prospect of lining up for a top Premier League club. “It was flattering, but I’m a Brentford player,” he replied. “You read things, but I don’t look too deeply into it. I have to keep doing what I can to get Brentford promoted, and then I won’t have to worry about other clubs so-called buying me.”

Chelsea can go for Toney if their quest for Haaland falls through. But they might not be the only club involved. Fry namechecked Everton too as the Toffees potential new boss Rafa Benitez wants Toney. Ironically it was Benitez who sold Toney to Peterborough from Newcastle United three years ago. Chelsea have to act quick smart and sharp to snap Toney.

THE RIGHT FIT AT CHELSEA?

Chelsea spent big in the attack last season. They spent a combined £100 million on the German duo Timo Werner and Kai Havertz. Neither of them are proper strikers. Werner who plays as a second striker primarily was thrust as a striker and succumbed to the number 9 curse at Chelsea. Kai Havertz enjoys deployed as a wide forward or an attacking midfielder instead of a sole striker. Hence Tuchel feels the need for a pure striker as Jorginho finished their highest scorer in the league with 7 goals.

31 goals in a season. Ivan Toney has just broken the Championship record. pic.twitter.com/hqOnXTA1qj

Ivan Toney on the back of a 31 goal season in the Championship is the right choice for them. Toney broke the Championship scoring record in a single season and guided the Bees to the top flight for the first time. He has a dangerous finish on him and can score from anywhere inside the box. He is also very good from the penalty spot and corners.

A premium striker ability-wise, he is a gem tactically as well. His traits may just suit Tuchel’s side. Brentford like Chelsea plays a three-man back with wingbacks and two strikers. He got accustomed to chasing long balls from the back. With his pace and physicality, he could be the perfect outlet for Antonio Rudiger and Andreas Christensen’s long balls. Toney also has the ability to drop wide or make runs into inside channels to create space for other forwards to exploit.

He can dovetail with Chelsea’s system perfectly. Thomas Tuchel and Chelsea must go all out for Ivan Toney if their approach for Haaland ever falls through.