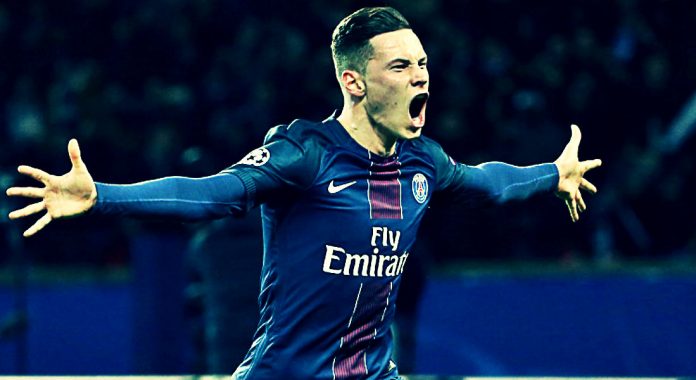 The agent of Julian Draxler has broken the silence amid rumours that Arsenal are plotting a £32million transfer move for the out-of-favour Paris Saint-Germain winger.

The German star has ten goals to his name in 25 appearances for PSG since joining the French giants from Wolfsburg back in January but has been already linked with a move away after Neymar’s arrival on a world-record £198m move from Barcelona.

The former Wolfsburg man has been pushed further down the pecking order after PSG landed Neymar this summer.

Reports suggest that PSG boss Unai Emery has made it clear that he is not wanted at the club – and now Premier League clubs Arsenal and Liverpool are interested in roping in the services of the German player.

And with PSG closing in on a £160m deal for Monaco teenage sensation Kylian Mbappe, has put Draxler’s future in doubt.

According to reports, Arsene Wenger, who has maintained a long-term interest in the German winger is now planning to launch a late move, with PSG ready to listen to offers for Draxler.

But, Draxler’s agent, Roger Witterman, has rubbished rumours of a switch, accentuating that his client will stay at PSG for the 2017/18 season.

Witterman told Bild: “Draxler will stay and will not be sold this summer.”

“Paris is building a group with the best players in the world at every post, and Julian is one of them and he wants to continue to be part of it.”

Earlier this week, Wenger had revealed that there is a possibility that Arsenal could sign an ‘exceptional’ player before the transfer window closes this summer.

“We are open to an exceptional player.”

‘However, just to remind you we have 33 players here and they are all good players.”

“That’s unmanageable so to bring one more player in for the sake of it would be stupid, but if we find an exceptional one, we will do it.”