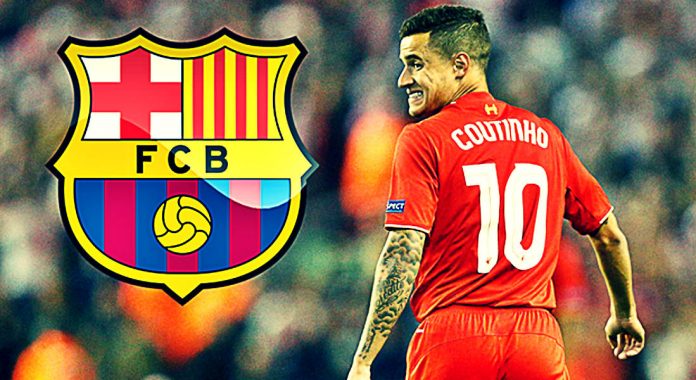 Barcelona are finding it difficult to rope in Liverpool star Philippe Coutinho because he does not have a release clause in his current contract with the Reds, the club’s sporting director Robert Fernandez has admitted.

Both Klopp and the club’s bosses have maintained their stance, insisting that the player is not for sale.

According to reports, the Catalan giants are set to launch a tempting third bid, but Liverpool are digging their heels in over the Brazilian playmaker and have accentuated that they will not allow him to leave this summer, despite the fact that he handed in a transfer request.

This comes after Barcelona general manager Pep Segura revealed that their £180million pursuit of Philippe Coutinho and Ousmane Dembele is now on the verge of completion.

But Barca sporting director Robert Fernandez was not so confident as he spoke about a “very difficult situation”.

“Not just Barca but any team looking for top quality players are getting involved in a very difficult situation in this market,” Fernandez said.

“Why? Because the market is where clubs like us want to sign top quality players. There’s no buy-out clauses so that makes things trickier.”

“Dembele and Coutinho are two important players that we like a lot and have done for a long time. They have the conditions, the right age and could adapt to our football. They would be good to have here. That’s the reality.”

“With respect to Liverpool and Dortmund, when there are negotiations you need time, you need to work things into a favourable situation for players and ourselves.”

“We still have days ahead of us, would like to move things faster, but do admit they’re two players we would like here. But it’s the clubs who will have the final say on if we finally achieve those two transfers.”

ALSO READ: Coutinho Asks To Leave Liverpool After Club Refuse To Do Business With Barca Over Transfer